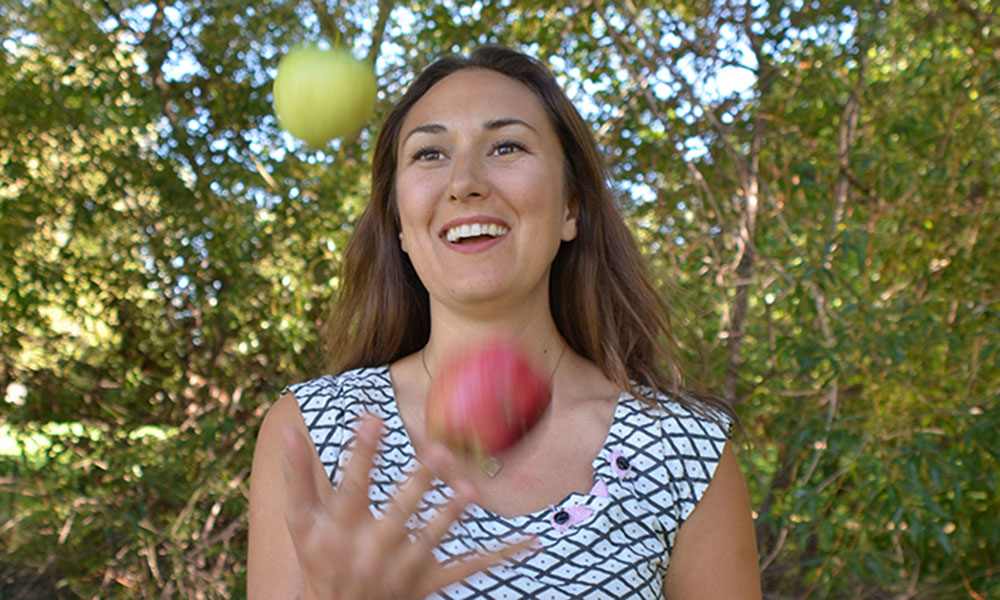 “I’m a passion-project person. I think it’s important to put your efforts where your heart is.”

CALL SOMEBODY A COMMUNITY ORGANIZER and you picture a dedicated, tireless volunteer working to incrementally change the weave of social fabric.

For Casey Hamilton, community organizer extraordinaire, there is a bigger plan to eradicate poverty in the Okanagan. It starts with advocating for society’s less fortunate. The key is finding ways to persuade social agencies across bureaucracies in charities, non-governmental organizations (NGOs) and government to work hand-in-hand, dovetail resources, and proactively helping people in need.

With Hamilton, it’s a juggle of social activism and scholarly pursuit. A master’s student in UBC Okanagan’s Interdisciplinary Graduate Studies program, Hamilton’s community activism intersects with her study of urban agricultural policy in Kelowna. Earning her bachelor’s degree as a dietician at UBC Vancouver, Hamilton moved to Kelowna and founded the Okanagan Food Policy Council five years ago to bring NGOs together towards developing collaborative processes and actions.

“Instead of teaching people to eat healthy diets, I want to work at creating environmental supports to live a healthy life. I want to take part in changing the system,” she says.

Then in 2011, Hamilton started the Okanagan Fruit Tree Project, to glean unused fruit from urban backyards to help feed the hungry. In the 2014 season, the initiative’s 400 volunteers collected 38,000 pounds of fruit that 36 charitable organizations distributed across the Okanagan Valley and as far away as Calgary.

She decided to tackle poverty by analysing the built-up composition of cities and urban landscapes, identifying barriers and devising novel policy ideas to overcome them. Hamilton sees BC’s Central Interior as a food source that has neither been exploited nor seen its ample bounty used to benefit those whose lives are a struggle.

“I’m a passion-project person. I think it’s important to put your efforts where your heart is,” she says. “I needed to do something tangible. I think I have always been driven by helping people.”

“I want to help people understand they have opportunities in life. You show them by doing, instead of just talking about it,” she says. By blending social activism with scholarly inquiry, the Okanagan Fruit Tree Project has also become a policy plank in Hamilton’s master’s thesis. 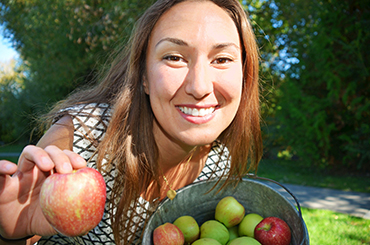 “The way it would impact the community is in how the policy actors will see the bigger picture—how they intersect and how they can work on the playing field together,” says Hamilton.

Her research is groundbreaking, the first study of its kind to examine food and agricultural policy in the relatively small demographic of Kelowna and the Okanagan.

“Her professional training as a dietitian, coupled with her graduate studies research on policy change, is a dynamite combination,” says Associate Professor Alan Davidson, her faculty supervisor in the School of Health and Exercise Sciences.

Davidson says there is a well-established tradition of action research and a parallel tradition of critical research in academia. “I encourage students to engage in research that they personally find meaningful, that they are interested in, and that they believe is important,” he says. “Casey is a very good example of a student doing just that.” 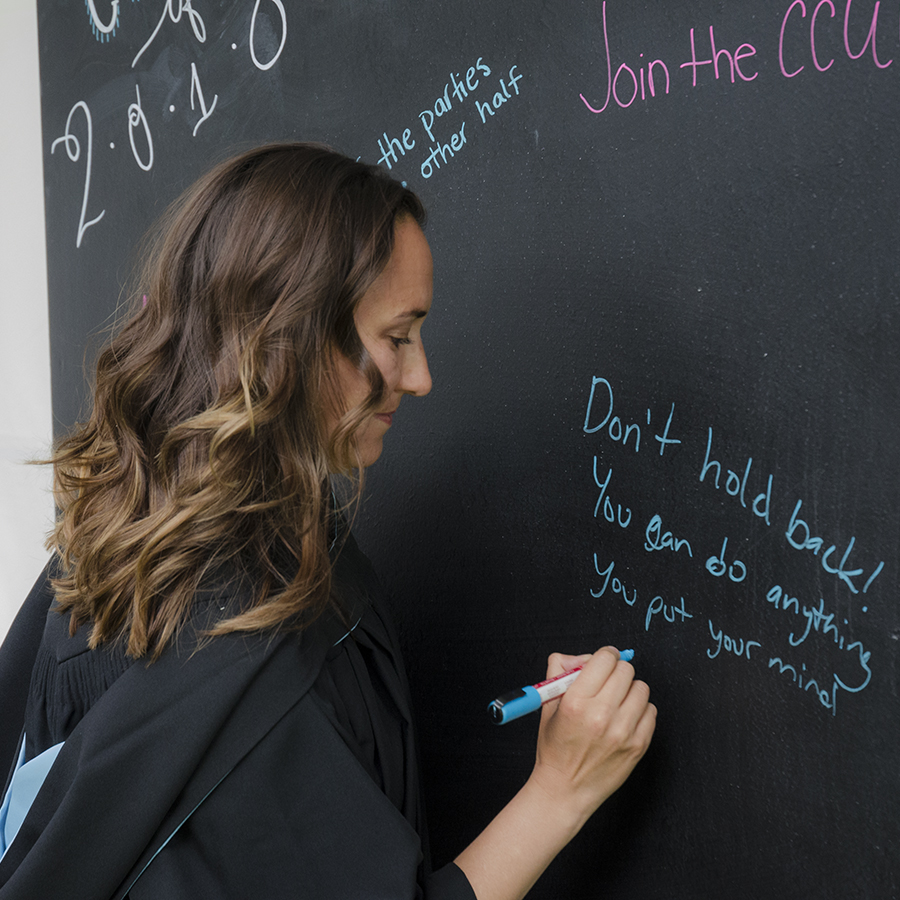 Completing her thesis requirements is only one step for Hamilton’s plan for community engagement. She intends to distill her academic paper into a case study report to present and disseminate to the community.

“It’s practical—it can be a catalyst for change and get the conversation rolling,” says Hamilton. She expects to fill a gap that will provide the Okanagan with a valuable resource tool for policy makers. So far, much of the data Hamilton has collected has been unreported in academic research, government publications, and organizational archives.

“This topic is very under-researched,” she says. “There is a wealth of research about important areas like water issues in the Okanagan, but urban agricultural policy, despite our rich agrarian heritage, has hardly been researched at all.”

Hamilton’s work is influencing her colleagues. Fellow student Ailsa Beischer of the Irving K. Barber School of Arts and Sciences is using the Okanagan Fruit Tree Project as the basis for her graduate work.

Hamilton is also a dietitian with Campus Health and a research coordinator with the Campus Health VOICE and Wellbeing projects. She is equally adept working with students, helping the underprivileged, pitching suits for business advice, or picking apples.

Other non-profits routinely seek Hamilton’s expertise for getting things done. She envisions her future as a social entrepreneur, influencing policy makers and building non-profit organizations into thriving, self-supporting enterprises.

Painting on a big canvas, she is also working on the issue of social housing. She is closely involved with building sustainable housing in Kelowna, in an initiative called the Ethel Street Laneway Project.

“It just feels like the right thing to do. I follow my values,” she says. “I don’t segment my life. It all flows together.” 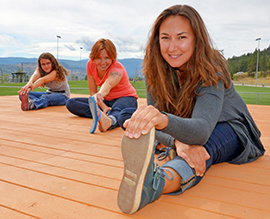 Higher education was not among Casey Hamilton’s life plans. Growing up in poverty “on the wrong side of the tracks” in a single-parent family in Calgary was a tough and troubled existence. She escaped into ballet, theatre study and art, yet still often found herself in the principal’s office.

“I never thought about going to university. When I arrived at UBC Vancouver, I started learning how the world works,” she says. “I didn’t know what to do or how to do it. But I discovered the possibilities.”

Hamilton’s community efforts with the Okanagan Fruit Tree Project and Okanagan Food Policy Council are being recognized. Hamilton is active in alumniUBC and is much sought after for her mentoring skills and pragmatic advice. Her efforts have not gone unnoticed.

“Really, it’s not about me,” says Hamilton. “I just saw a need and organized people to help.”