Zuwena Haji Machano adjusts to university life in Canada, half a world away from home 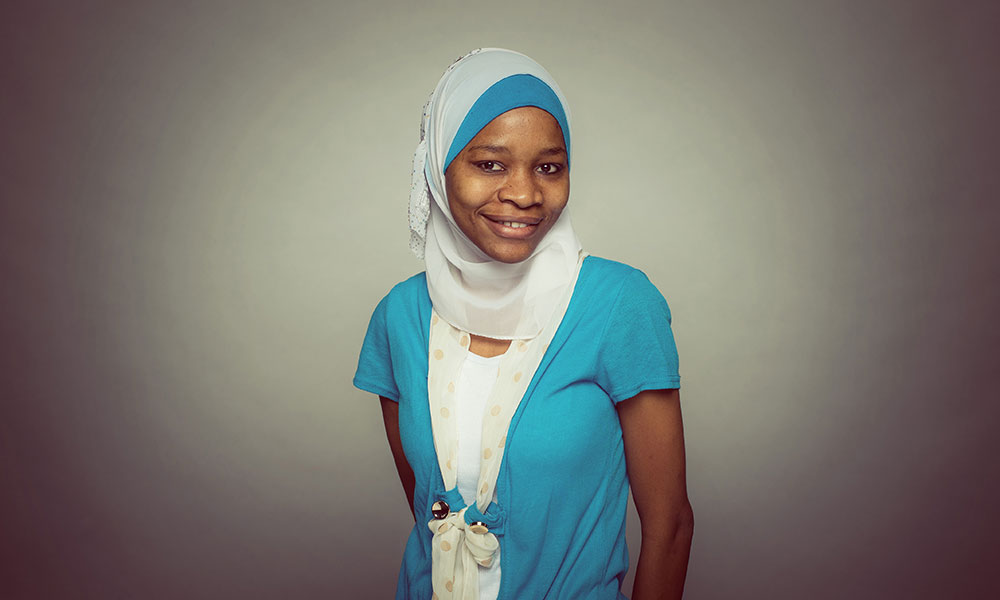 Born on the island of Zanzibar in Tanzania, East Africa, she moved across the continent to attend high school in Ghana. From SOS Hermann Gmeiner International College, as a teen, she travelled again in 2014 to UBC’s Okanagan campus in Kelowna—another new life and educational experience.

It was a culture shock, and the transition proved challenging.

With the support of UBC’s International Programs and Services and a series of campus support programs, services, and mentors, Haji Machano adjusted to idiosyncrasies such as Canadian pronunciation and Western food. When she acquired a rice cooker and warm clothing, life got much easier. 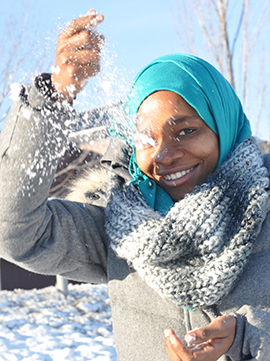 Unaccustomed to four seasons, Haji Machano had to acclimate to BC winters. Her first Canadian snowfall is etched in her mind. “The first time I saw snow, I had just woken up,” she says. “I was so excited. Yes! It snowed!’”

As a child growing up in Zanzibar, Haji Machano lost a family member due to inadequate medical care. It motivated her UBC journey.

Here, she’s found faculty guidance, support, and creative classes with instructors such as Sally Willis-Stewart, undergraduate coordinator for the School of Health and Exercise Sciences. Haji Machano enjoys Willis-Stewart’s teaching style and how it incorporates exercise and movement. “Fun classes,” she says.

WHERE THE HEART IS

The roots of home continue to be important. In Ghana, Haji Machano helped build a school, taught junior-high students, and raised funds for a community clinic. She and her classmates regularly bussed four hours to the clinic, where they ensured children and elders had clean drinking water. “It was early mornings and hard work,” she says, recalling the volunteerism that made her such an outstanding candidate for UBC’s international student award. 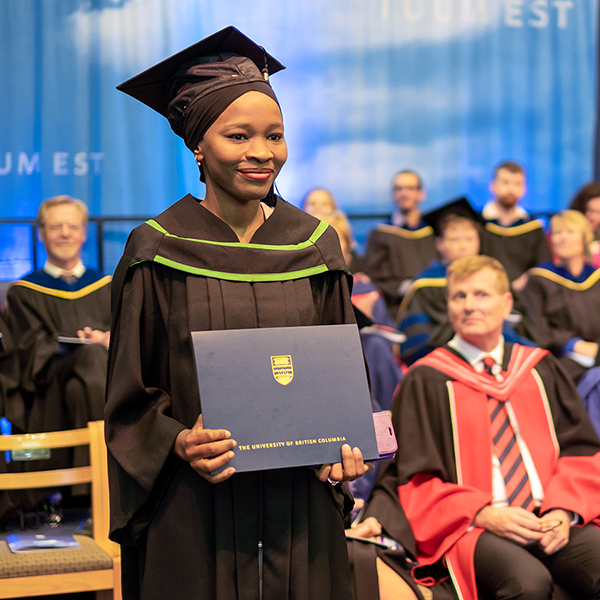 At UBC, she’s learned how to make friends, manage her finances, and adjust to change while learning new concepts, theories and modes of thinking. The experience has grown her in many ways.

Haji Machano’s turning point came in a conversation with friends—other international students keen to stay in Canada after university. It was during their talk that she realized she didn’t feel the same way; her post-degree ambitions had evolved.

“At UBC, I changed the way I think,” she says. “People here have many medical services and physiotherapists. I can do more to help at home in Africa.”