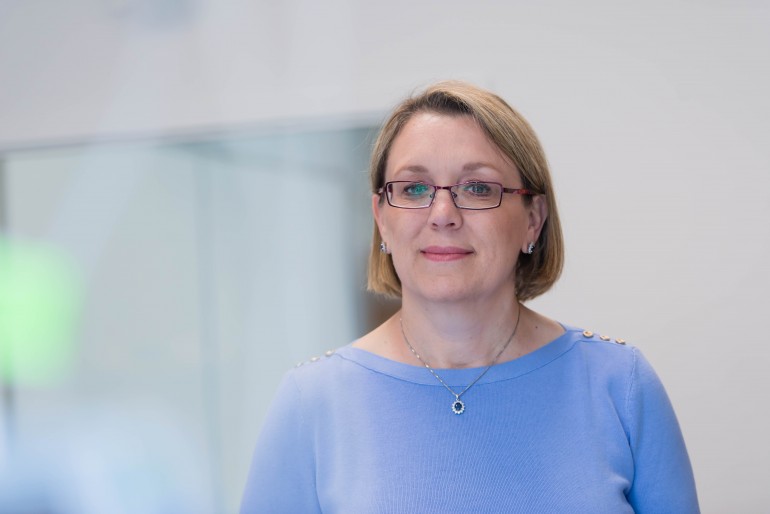 Marie Tarrant is Director of UBC Okanagan’s School of Nursing.

Researchers have determined that new mothers exposed to cigarette smoke in their homes, stop breastfeeding sooner than women not exposed to second-hand smoke.

The study, conducted in Hong Kong, involved more than 1,200 women from four large hospitals, explains Professor Marie Tarrant, Director of UBC Okanagan’s School of Nursing. Tarrant, whose research focuses on maternal and child health, taught in the faculty of Medicine in the University of Hong Kong before joining UBC.

“Our study showed that just being in a smoking household—whether it was the husband, mother or member of the extended family—reduced the time that a child was breastfed,” says Tarrant. “In fact, the more smokers there were in the home, the shorter the breastfeeding duration.”

This study, says Tarrant, is one of the first to examine the effect of family members’ smoking on the duration of breastfeeding in Hong Kong after that country made substantial changes to tobacco control regulations in 2007. In Hong Kong, about four per cent of women and 18 per cent of men smoke, for a national average of about 10 per cent of the population—compared to Mainland China where smoking statistics are still quite high. In Canada, about 14 per cent of the population smokes more than one cigarette a day.

“Our findings were consistent with previous studies and we found that exposure to household smokers also had a substantial negative effect on breastfeeding practices,” says Tarrant. “More than one-third of participants had partners or other household members who smoked. And fathers who smoked were significantly less likely to prefer breastfeeding when compared with non-smoking partners.”

Nicotine is transmitted in the breastmilk to the child and Tarrant says there is also some suggestion that it may reduce the overall quantity of the breastmilk. There is also the concern regarding the environmental exposure of second-hand smoke on the child.

“Our study did show that smoking partners may affect the mother’s decision to stop breastfeeding and that paternal and household smoking exposure is strongly associated with a shorter breastfeeding duration.”

Tarrant says the takeaway from the study is to recommend that women and their families quit smoking before they become pregnant and for new mothers to wait until they have finished breastfeeding if they choose to restart smoking. And she recommends if a woman chooses to smoke with a baby in the home, they make sure the infant is not exposed to second-hand smoke.

“We know the effects of environmental tobacco smoke on young babies is very detrimental as babies who are around smoking are more like to get respiratory infections and other experience other respiratory problems,” says Tarrant. “However, if a mother is breastfeeding, the benefits of her doing that still outweigh the negative effects of the smoking as long as she maintains good smoking hygiene and doesn’t expose the baby to tobacco smoke.”

Tarrant’s study was published recently in the Breastfeeding Medicine journal.