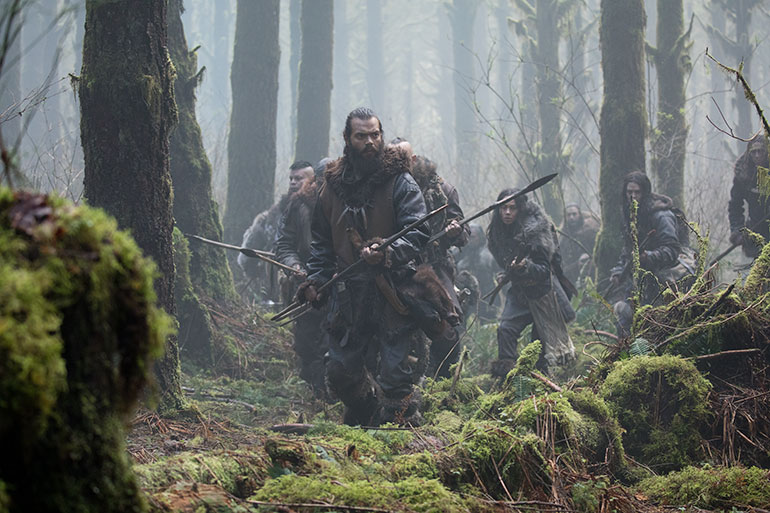 Actor Jóhannes Haukur Jóhannesson plays Tau, father to the main character in Alpha. He describes the language Schreyer created as “something built with knowledge and craftsmanship.”

‘Constructed language’ imagines what words sounded like 20,000 years ago

Like the crisp, white vista of frozen tundra, Christine Schreyer was given a blank canvas when it came to creating the dialogue for Alpha, a Hollywood historical drama released just last week.

Set in the last ice age some 20,000 years ago, Alpha is the story of a young hunter who becomes separated from his family and befriends a lone wolf to survive. While producers had the plot, script, actors and even the set—the movie is filmed mostly in Canada—they were stumped with one question. What language did people speak 20,000 years ago?

Enter Schreyer, an associate professor of anthropology at UBC’s Okanagan campus, who specializes in linguistic anthropology and language revitalization. In fall 2015, producers reached out to her with the task of translating test scenes, like an audition of the language, for lead actor Kodi Smit-McPhee. Schreyer prepared three scenes and spent the day on the Vancouver set with Smit-McPhee.

“At that time, after the footage was reviewed, I remember the producer saying nobody had any concerns about the language I developed for the test,” recalls Schreyer. “It just fit in beautifully with what they were looking for and I was given the whole script and the go-ahead.”

She began creating an entire language for the 90-minute movie.

“Nobody really knows what was spoken 20,000 years ago because we don’t have fossils of language,” she says.

But Schreyer knows languages. Not only has she worked to help communities revitalize Indigenous languages in Papua New Guinea and here at home in Canada, she’s an expert in the intentional creation of languages, known as conlangs.

Creating a language that may have been spoken 20,000 years ago, however, took some digging.

“I did research on proto-languages—those are estimated languages, for the approximate time range of the movie, which included Proto-Nostratic, Proto-Eurasiatic, and Proto-Dené-Caucasian,” she explains. “We know, for example, that some languages are related, like French, Spanish and Italian. So, it’s a case of taking those related languages and estimating them back in time, with a little creative licence as well.”

Schreyer is no stranger to Hollywood’s movie industry. She worked on the 2013 movie Man of Steel, developing the Kryptonian language, including the writing system used in the movie. She has also created the language Eltarian, spoken in the recent 2017 Power Rangers movie. At UBC’s Okanagan campus, she teaches a course that examines other created languages like Star Trek’s Klingon, Avatar’s Na’vi, and was an executive producer of the documentary film Conlanging: The Art of Crafting Tongues.

For Alpha, the producers were firm about the film appearing authentic, recalls Schreyer. They were creating the entire world for the movie including homes, clothing, tools, ceremonies and ice-age animals. An army of researchers, including Schreyer, was hired to ensure everything was as genuine and believable as possible, including the language—the words of which would be spoken while the audience read sub-titles.

“I was told to make it sound authentic, to not sound like gibberish. It had to sound like a language and have patterns that people could recognize and something the actors could work with,” she says. “I wasn’t just writing words or phrases. I was creating full sentences and dialogue. It was so much fun immersing myself in the world, so that all of the dialogue in the entire movie is spoken in this constructed language.”

Not only did it have to be believable, but it had to be something the actors could manage, not stumble over. The commitment from the actors to tackle this challenge, including Game of Thrones actor Jóhannes Haukur Jóhannesson who plays Tau in Alpha, was icing on the cake.

While Jóhannesson speaks four languages, including Icelandic, Faroese and Danish, he admits working on the script for Alpha, which he describes initially as random sounds and noises, was challenging but also fun.

“As I was learning, I began to see a pattern and it started to make sense,” he says. “Then it just jumped out, word by word. Phrase by phrase. You could really feel this was not thrown together in a day. This was built with knowledge and craftsmanship. The grammar was so clear and well thought out, which made it easier to learn. Not to mention the beauty of how it sounds.”

Alpha is now playing in select theatres across Canada. 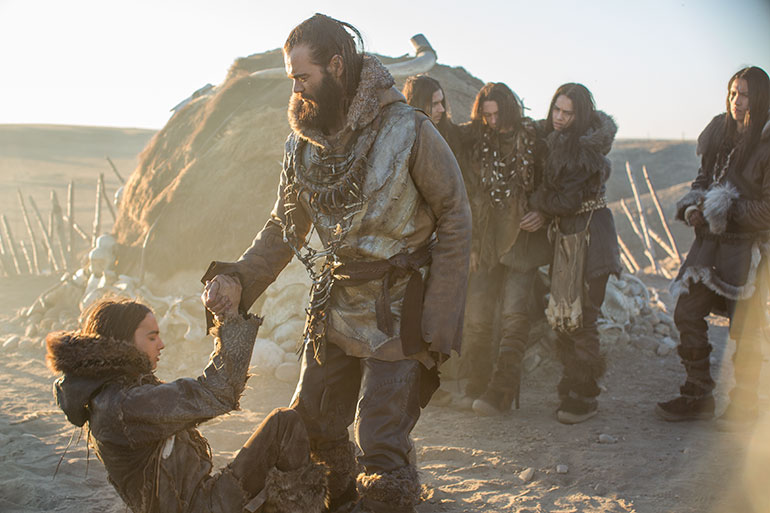