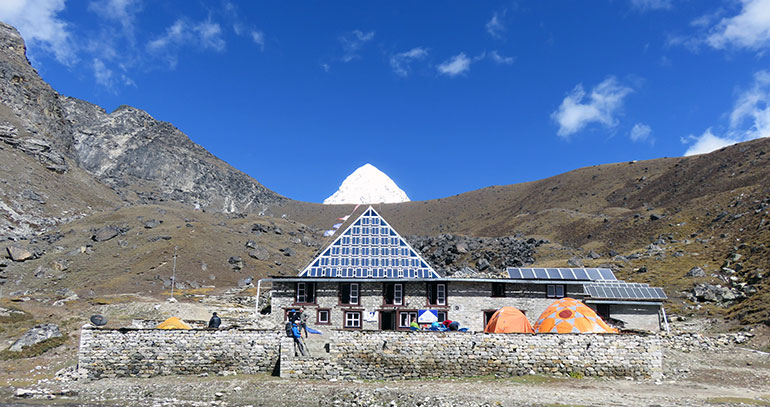 The Pyramid International Laboratory is located at an altitude of 5,050 metres on the Nepali side of Mt. Everest.

The Sherpa people of the Himalayas have long been recognized for their unique ability to excel physically in the thin air of higher altitudes. But new research from UBC’s Okanagan campus, published last week in the Journal of Physiology, now suggests that their specially adapted muscles give them up to twice the resistance to muscle fatigue of lowlanders.

“People who live near sea level—lowlanders—struggle with fatigue and impaired physical performance at high altitude, when the oxygen levels are very low,” says Chris McNeil, assistant professor at UBC Okanagan’s School of Health and Exercise Sciences and study senior author. “But the Sherpa are born and raised at low-oxygen and their ancestors have lived above 4,000 metres for 20,000 years so they are the gold standard of exceptional high-altitude performance. Unfortunately, very little research has looked at how their muscles deal with fatigue in such an extreme environment.”

McNeil and his doctoral student Luca Ruggiero wanted to know if the muscle fibres of the Sherpa were just as efficient in a low-oxygen environment as their well-studied cardiorespiratory systems. To test the idea, they travelled as part of a UBC Okanagan-led expedition to the Pyramid International Laboratory, located at 5,050 metres on the Nepali side of Mt. Everest. At the Pyramid lab, they performed muscle fatigue tests on 10 Sherpa and 12 lowlanders.

“We wanted to know how Sherpa muscles became fatigued after physical strain and how quickly those muscles recover compared to people who spend their lives at oxygen-rich sea level,” says Ruggiero. “It turns out that the Sherpa fatigued about 33 per cent less than lowlanders and recovered nearly twice as fast.”

“In fact, at 5,000 metres, where the oxygen concentration is roughly half that at sea-level, the Sherpa out-performed even the fittest lowlanders studied” he adds.

For their tests, the team connected the dominant leg of the participant to a specialized device called an isometric dynamometer to measure the force exerted by the quadriceps—muscles on the front of the thigh that straighten the knee. After determining the strength of each participant, electrical stimulation was used to make the quadriceps contract rhythmically, as they do when walking, for approximately four minutes. Muscle fatigue was measured as the drop in force from the start to the end of the four minutes.

“We specifically wanted to look at the quadriceps because they are so important in activities like walking, hiking and climbing,” says McNeil. “Even with similar oxygen delivery to the muscles in both groups, Sherpa muscle fibres have a remarkable ability to use oxygen efficiently during and after exercise.”

Understanding Sherpa muscle capabilities is not only interesting for researchers, says McNeil, but may also have practical applications for lowlanders living with a variety of diseases or afflictions.

“You don’t need to be on Everest for the body to experience the negative effects of reduced levels of oxygen reaching tissues,” says McNeil. “For example, those suffering from Chronic Obstructive Pulmonary Disease struggle with fatigue and impaired physical performance just like a healthy lowlander would if they were living at high altitude.”

“A better grasp of how Sherpa muscles are able to not only survive but thrive in such a harsh environment could one day lead to exercise or pharmacological interventions and change the lives of countless people,” he adds.

“That’s the holy grail of studying the incredible physical abilities of the Sherpa.”

The study was published this week in The Journal of Physiology with funding from the Natural Sciences and Engineering Research Council of Canada, the Canada Foundation for Innovation and the British Columbia Knowledge Development Fund. 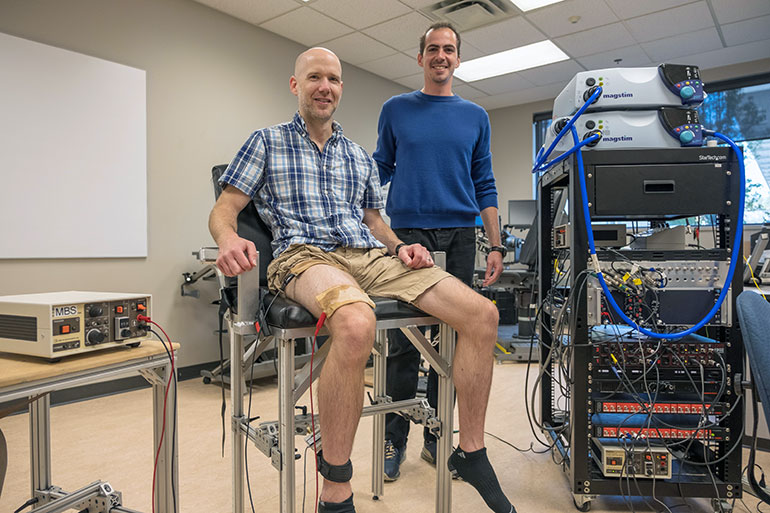