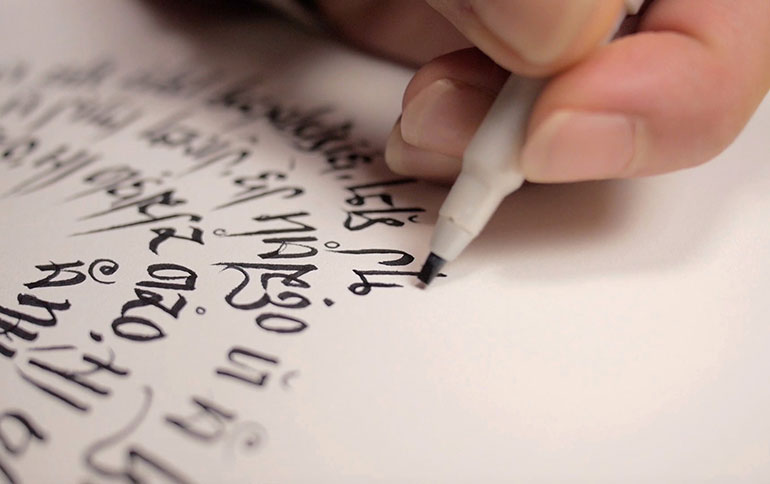 A language creator writes their own language.

What: An evening of conlanging; meet the experts
Who: UBC Language Sciences Initiative and three language creators
When: Tuesday, October 30 at 7 p.m.
Where: Mary Irwin Theatre, 421 Cawston Avenue, Kelowna

The art of creating languages, yes it is a thing, will be explained at a special event in Kelowna next week.

“People invent languages for so many reasons and it really is an artistic practice,” says UBC Okanagan’s Christine Schreyer, an associate professor in anthropology.

Creating languages is called conlanging, explains Schreyer, who teaches in the Irving K. Barber School of Arts and Sciences. Schreyer is part of UBC’s Language Sciences Initiative and on October 30, the group is hosting a screening of the documentary film Conlanging: The Art of Crafting Tongues.

After the film, Schreyer and two fellow specialists in constructed languages will talk about their work during a panel discussion.

The free screening of Conlanging: The Art of Crafting Tongues is open to the public and takes place October 30 at 7 p.m. at the Mary Irwin Theatre in downtown Kelowna. Registration is required: conlangingkelowna_langscifilmseries.eventbrite.ca