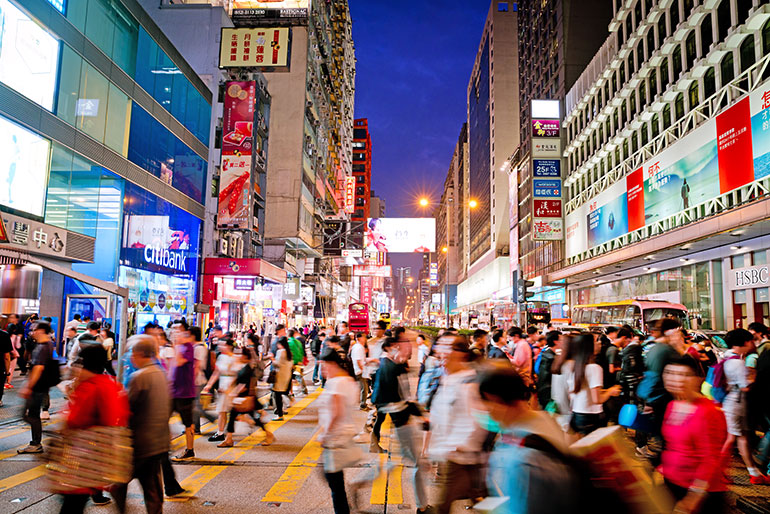 UBC Professor Annamma Joy teaches at the Okanagan campus in the Faculty of Management. Her area of expertise is in brand culture and experiences, consumer behaviour, luxury brands and wine marketing.

Last May, she received an award for best paper from the Louis Vuitton Singapore Management University conference for her most recent research examining the relationship between people who live in Hong Kong and the visitors from the People’s Republic of China who come only to shop.

When Hong Kong was handed over to China in 1997, it opened consumer opportunities that the residents of China had never previously accessed. Now, tensions continue to escalate, as those who live there feel invaded by those who shop there.

Can you explain why Hong Kong residents cling to their unique identity and why that identity is connected with luxury consumerism?

Many people from Hong Kong will say “I’m from Hong Kong, not the mainland,” and they are proud of Hong Kong’s ties to Britain. Their currency is also tied to the American dollar, not the Chinese Yuan, which is worth less than a Hong Kong dollar.

Further, Hong Kong enjoyed a post-colonial market society compared to Mainland China’s communist one. The mainland has high taxes and high import duties, while Hong Kong does not.

The numbers are staggering—Hong Kong’s population is 7.4 million. Yet more than 47 million people have travelled from China in one year to shop there. Can you explain what’s going on?

Because Hong Kong has strict rules when it comes to product authentication and consumers can be assured they are purchasing true luxury items. Shoppers from the mainland come over in droves to mass shop, spending thousands of dollars and often buying many multiples of the same luxury product.

What does the term ‘mainlandization’ (a refusal to assimilate to the mainland) signify for those who live in Hong Kong?

People in Hong Kong feel invaded by the mainlanders and actually resent them coming to Hong Kong to purchase luxury items. Locals feel betrayed and helpless, adding to the resentment. They want nothing to do with people who live in the mainland and do not seem themselves a purely Chinese.

Why are those who live in Hong Kong turning away from the luxury brands that have been part of their lifestyle for so long?

Is this a phenomenon that is taking place anywhere else in the world, or unique to Hong Kong and China?

Mainlanders have travelled in large numbers to the luxury brand capitals of the world such as Paris, London, Milan and New York to purchase luxury goods. The only pushback they receive is in terms of how many items of a particular category they purchase. In general, European stores have welcomed these shoppers and now many of these luxury brand companies have opened multiple stores in China. What has happened in Hong Kong is rather particular to the region.

Joy’s research, funded by a Social Sciences and Humanities Research Council of Canada grant, was recently published in the Journal of Consumer Culture, and by Routledge in a book titled Chinese Urbanism: Critical Perspectives, by Mark Jayne.