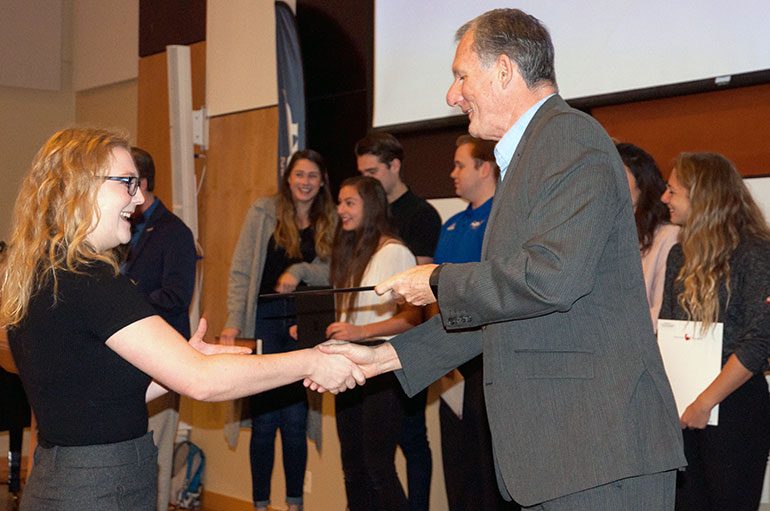 Student-athletes who literally go the extra mile were recognized at a special event on campus last week.

In what is now becoming a tradition as UBC’s Okanagan campus, the academically- accomplished student-athletes were invited to a breakfast with the director of athletics, who also invited university leaders and dignitaries for the early morning celebration.

A total of 44 UBC Okanagan student-athletes were honoured for their outstanding achievements in the classroom while also competing for Heat varsity teams during the 2017-18 season.

Director of Athletics and Recreation Tom Huisman explained that the national organization U SPORTS recognizes highly-accomplished student-athletes as Academic All-Canadians. To deserve this recognition, students must achieve an academic average of 80 per cent or better while playing on a varsity sports team. UBC Okanagan’s male and female basketball, volleyball and soccer teams participated within U SPORTS last year.

“These student-athletes are incredible leaders today by virtue of the example that they set in the classroom and in their sport,” said Huisman. “And they are our future leaders in the community and their soon to be established careers.”

*Not in attendance (graduated, unable to attend, or no longer on one of the U SPORTS or CCAA varsity teams) 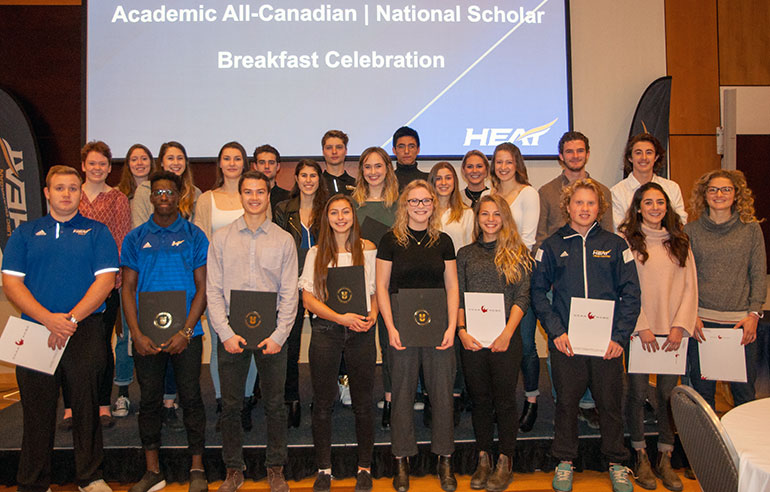 More than 44 student-athletes were recognized last week for maintaining a high academic average, while also competing on their Heat varsity teams.