Defying gravity and making a difference

Emily Giroux, an alumna with extraordinary flexibility, works with the spinal cord injury community to help identify its priorities 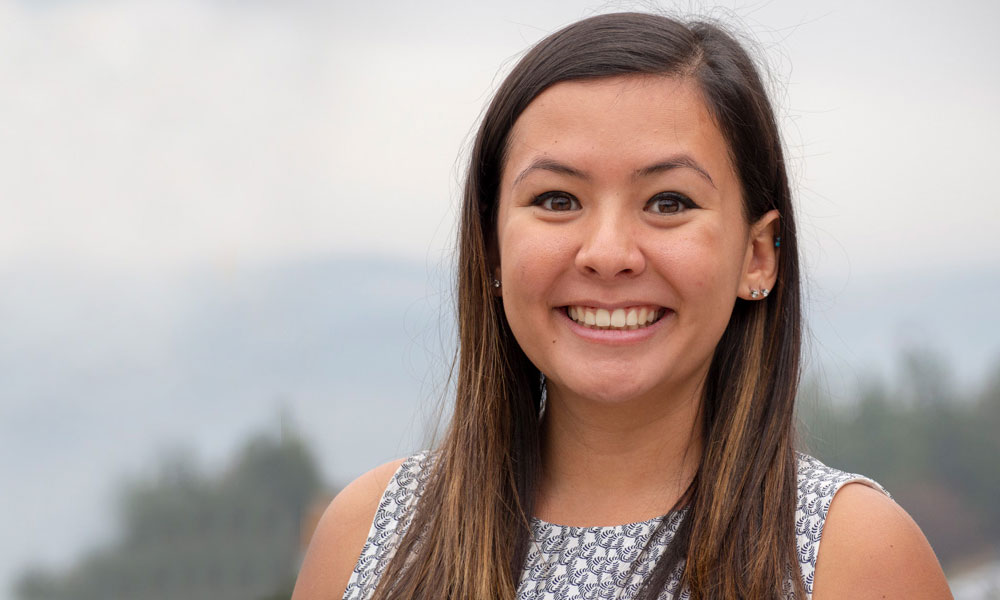 “I like to see how our research is making a difference, locally, nationally and internationally.”

EMILY GIROUX CAN DEFY GRAVITY. For more than 15 years she trained as a gymnast and dancer, jumping, pirouetting and chasseing through competitions. Her athleticism kindled early aspirations of being a physiotherapist.

However, that all changed when she landed firmly on her feet as a researcher working with the spinal cord injury (SCI) community. She’s found passion to work as an advocate for those who are living with physical disabilities.

And her unique approach in working with this group to understand their needs has landed Giroux the MITACS Award for Outstanding Innovation—Master’s, the only one bestowed across Canada in 2018.

Giroux is an Ontario girl who entered the undergraduate kinesiology program at McMaster University with no firm career plans. A chance opportunity to work with SCI researcher Kathleen Martin Ginis in Giroux’s fourth year turned the “not keen on research” student into a convert.

“I didn’t have any research experience until my last year of university,” says Giroux. “During this practicum, I saw the positive impacts it could have in everyday life.”

With prompting from Martin Ginis—now a professor at UBC Okanagan’s School of Health and Exercise Sciences—Giroux explored graduate studies at UBC Okanagan and the work of the Applied Behaviour Change (ABC) Lab run by Assistant Professor Heather Gainforth, a Michael Smith Foundation for Health Research scholar.

SPRING-BOARDING TO THE OKANAGAN
Gainforth’s positive energy and the friendly and supportive atmosphere of the ABC Lab group made the transition from Ontario to British Columbia an easy one for Giroux. She quickly became immersed in her graduate research, addressing the concerns of individuals with SCI as they age.

“Individuals with SCI are more susceptible to aging-related changes at younger ages than those living without a physical disability,” says Giroux. She also notes that aging with SCI is an important topic to research as more people than ever before will be living with long-term SCIs into their elderly years. 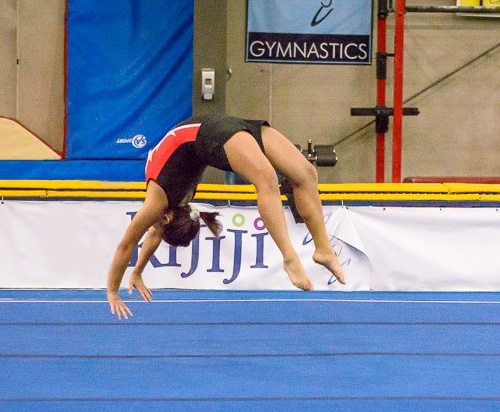 Her master’s project involved 22 interviews with individuals over 45 years of age who had been living with a SCI for a minimum of 10 years. They discussed their experiences of aging and specific events that made it difficult or easy to participate in daily activities.

Her research was conducted in partnership with three Canadian SCI organizations: SCI BC, SCI Alberta and SCI Ontario to develop recommendations designed to improve the quality of life for SCI community members. Tangible solutions—such as changing physical accessibility in public areas, educating the community about SCI needs and issues and addressing physical issues like incontinence—were among some of the topics examined.

This type of partnered research, called integrated knowledge translation, engages end-users as equal partners with researchers throughout the entire research process. The practice is Gainforth’s speciality, and its real-world and timely impact is what drew Giroux to UBC Okanagan and the ABC Lab.

“I like to see how our research is making a difference, locally, nationally and internationally,” says Giroux. “The hope is that by engaging the end-users, the research is more likely be used and relevant for the people it’s intended for.”

While her research project is important for providing support to individuals aging with a SCI, Giroux says its findings could also have applications for aging populations outside the scope of SCI.

The success of Giroux’s initial research project set the stage for a larger scale study.

To fund the endeavour, Giroux along with Gainforth applied for a MITACS Accelerate Grant, which provides students with a work opportunity in a non-academic environment, such as businesses and non-profit organizations. With MITACS support, Giroux started a four-month research internship with SCI Ontario to help define its research and implementation priorities over the next three years.

“There is a large gap in the time between initial research discovery and implementation of the research into a community,” says Giroux. “Involving the SCI community in determining research priorities for SCI Ontario and the Ontario SCI Alliance would accelerate this process and, thus, ensure that time and resources are not wasted.” 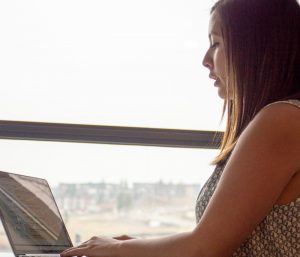 Giroux, Gainforth and the Ontario SCI Alliance canvassed the Ontario SCI community to learn what research priorities would be most helpful to them. To achieve this, they worked with researchers at McGill University to develop and implement a large-scale, community-based Delphi consensus survey tool.

“The Delphi is a formal, systematic and reproducible method of arriving at consensus that has been previously used in other communities,” says Giroux. “But we were among the first to use it on a large-scale for decision-making in the SCI population.”

The Delphi was the ideal method because it puts decisions in the hands of those most affected. Additionally, it allows for input from a large number of participants who are geographically dispersed.

Not only did Giroux develop the survey, she sent it to over 2,500 members of the SCI community. And close to 75 per cent of responses came from people with lived experience of a SCI.

“This method is proving to be very successful at having groups of people reach consensus,” says Giroux. “It was also very valuable for SCI Ontario and the Ontario SCI Alliance, who were able to validate their research priorities. They had reassurance that the priorities they’re working on are important and relevant.”

As a result, SCI Ontario and the Ontario SCI Alliance will continue to allocate time, effort, and resources into four areas: primary care and community supports, bladder management, neuropathic pain, and pressure injuries.

Gainforth praised the work done by Giroux and SCI Ontario: “The process and resulting method developed by Emily and her colleagues is a major research achievement.”

Based on the survey’s success, Gainforth and Peter Athanasopoulos, of SCI Ontario, nominated Giroux for the MITACS Award for Outstanding Innovation in the Masters category.

Giroux was recently named the recipient of the prestigious award—the only one in Canada—giving her reason to jump, pirouette and chasse again.

“From the time I found out I won, to preparing for the acceptance, was a whirlwind,” she says.

Giroux was invited to Ottawa to accept the award, discuss her research, and brief ministers on the impact of the work.

Gainforth says Giroux is certainly deserving of the recognition. “Emily is an outstanding person and researcher. She possesses a rare combination of interpersonal and academic research skills that will ensure she makes a difference in the lives of people with SCI.”

Giroux says she was pleasantly surprised by the unexpected award: “I was invested in the project because I know our work is making a difference. That is all the reward I need.”

Read more about Giroux on the Innovation UBC site.

UBC Okanagan’s Disability Resource Centre provides support for students, faculty, and staff that ensures educational equity for those who have a disability, illness, or injury and experience barriers in an educational setting.

Read more about SCI research at UBC Okanagan in the story Game Changers.