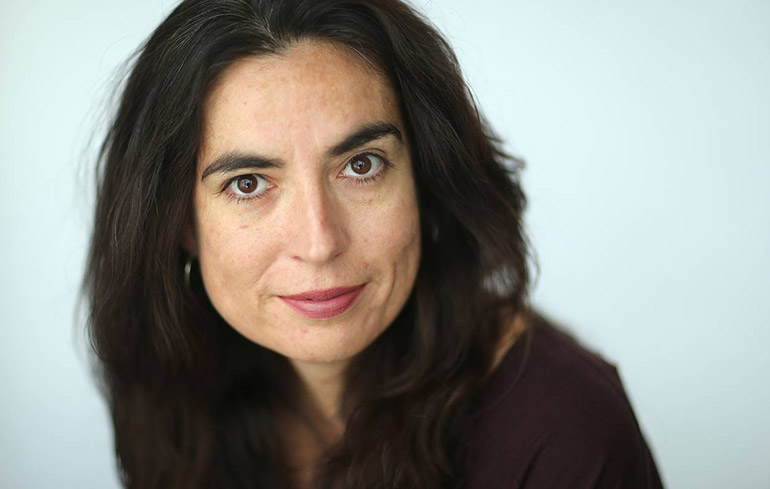 In 1966, twelve-year-old Chanie Wenjack froze to death on the railway tracks after running away from residential school. An inquest was called and four recommendations were made to prevent another tragedy. None of those recommendations were applied; and from 2000 to 2011, seven Indigenous high school students died in Thunder Bay, Ont.

“The seven were hundreds of miles away from their families, forced to leave home and live in a foreign and unwelcoming city. Five were found dead in the rivers surrounding Lake Superior, below a sacred Indigenous site,” explains Talaga.

Using a sweeping narrative focusing on the lives of the students, Talaga penned Seven Fallen Feathers to bring light to the history of this small northern city that has come to manifest Canada’s long struggle with human rights violations against Indigenous communities.

“A critical element of reconciliation is uncovering and understanding what has happened. Tanya Talaga’s work sheds light on the past and her presentation creates the opportunity to initiate an important dialogue in the Okanagan. We encourage the community to take part,” says Jane Lister, Okanagan College Regional Dean North Okanagan.

For more than 20 years, Talaga has been a journalist at the Toronto Star, nominated five times for the Michener Award in public service journalism. She was also named the 2017-2018 Atkinson Fellow in Public Policy.

Talaga is of Polish and Indigenous descent. Her great-grandmother, Liz Gauthier, was a residential school survivor. Her great-grandfather, Russell Bowen, was an Ojibwe trapper and labourer. Her grandmother is a member of Fort William First Nation. Her mother was raised in Raith and Graham, Ont. She lives in Toronto with her two teenage children.

“On behalf of the Faculty of Creative and Critical Studies UBC’s Okanagan campus, I am delighted to partner with our colleagues at the Vernon campus of Okanagan College to sponsor this exciting visit with Tanya Talaga. Her award-winning book, Seven Fallen Feathers, should be required reading for anyone interested in settler-Canada’s meaningful and respectful engagement with Canada’s Indigenous communities today. We are looking forward to hosting Ms. Talaga and, in particular, I hope she is able to meet with UBC Okanagan’s Indigenous students, staff, and faculty members,” says Bryce Traister, Dean of UBC Okanagan’s Faculty of Creative and Critical Studies.

A portion of each sale of Seven Fallen Feathers will go to the Dennis Franklin Cromarty Memorial Fund, set up in 1994 to financially assist Nishnawbe Aski Nation students’ studies in Thunder Bay and at post-secondary institutions.

Seven Fallen Feathers has received national acclaim, winning the RBC Taylor Prize, the Shaughnessy Cohen Prize for Political Writing, and First Nation Communities Read: Young Adult/Adult. The book was also a finalist for the Hilary Weston Writers’ Trust Nonfiction Prize and the BC National Award for Nonfiction, and it was CBC’s Nonfiction Book of the Year, a Globe and Mail Top 100 Book, and a national bestseller.

Presented by Okanagan College and UBC Okanagan, Talaga will have two presentations in the region. On Feb. 20, 2019 at 7:30 p.m., Talaga will appear in the Lecture Theatre of Okanagan College’s Vernon campus, 7000 College Way, as part of the Signature Speakers Series. Tickets are available online for $15.