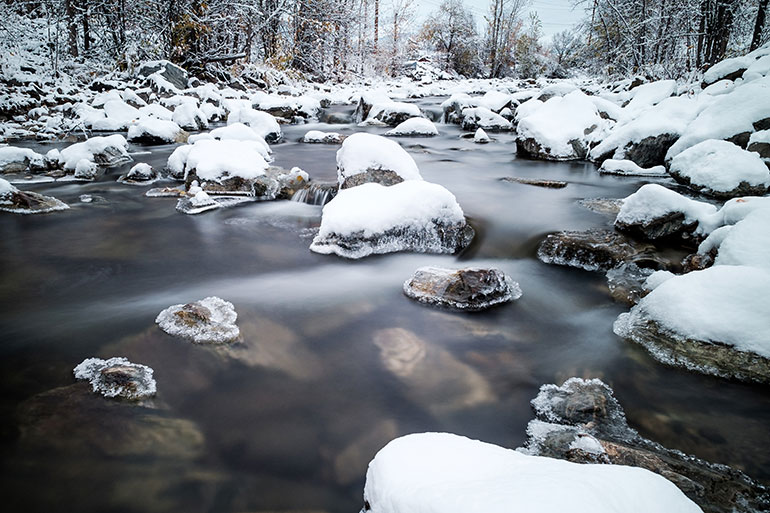 As spring arrives, forecasters watch the snowpack and the amount of rain to predict what the potential for flooding might be.

UBC professor examines this year’s flood risk in the Okanagan

After a winter with below-average temperatures, Okanagan residents are beginning to see the light at the end of the tunnel—and it just so happens to be the sun.

The last two spring and summer seasons had their share of environmental challenges. With wet springs followed by smoky summers seemingly becoming the norm, UBC’s David Scott provides his opinion on what’s in store for 2019.

Scott is an associate professor in earth, environmental and geographic sciences at UBC Okanagan and the Forest Renewal British Columbia Research Chair in Watershed Management.

What is the snowpack currently sitting at in the Okanagan Valley?

Right now, it’s at about 80 per cent of normal, which is pretty low and about half of what we had in last year’s record-breaking season. The first of April is usually an indication of the whole season, so we are well below average and the snowpack is already starting to disappear.

Are there risks associated with that number?

Yes, there are still some risks, but not from the snowpack alone. Two years ago, when we had large scale flooding in the Okanagan, the snowpack was around 85 per cent at this time of year. It probably went up to about 105 per cent before it started to really melt—but that on its own wasn’t what caused the flooding. The problem was the above average rainfall in May and June. So the risk we’re facing right now is that we don’t know what the weather will do or how much rain might fall. 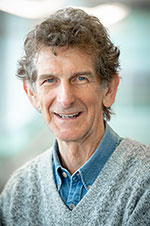 Are snowpack and rain the two main factors that lead to flooding?

Those are the big ones, yes. The thing about the snowpack is that it gives us a predictable risk. Last year, we had a well-above-average snowpack at this time of year, we were at 150 per cent of normal. This sounds like a concerning number, but it meant that people could plan for a lot of water. They lowered the level of the lake so that when the snow melt did come, it was accommodated and we didn’t have the anticipated flooding in Kelowna. There are other minor risks as well, for example how quickly temperatures rise as that will accelerate the melt. But I think the biggest risk is rain, because we never know how much is coming and rain accelerates melting.

In your opinion, what will the 2019 flooding season look like in the Okanagan?

Given the normal pattern of weather, I don’t think we have a big risk this year. There’s always a risk for minor flooding in some areas, but compared to previous years, I’d say we have very little to worry about.

Is there a connection between the snowpack, flooding and the forest fire season that follows it?

There is a connection—but I consider it to be a weak one. When we look at last year, we had an abnormally high snowpack, which does start us off will a fully-wetted watershed. But once that excess water drained away, we had a very dry season. We entered the forest fire season with a fully recharged soil, but it didn’t amount for much come the end of the summer. So, yes, it can give you a buffer at the beginning, but you need to have rain during the summer to keep that risk down.