From student to healthcare hero 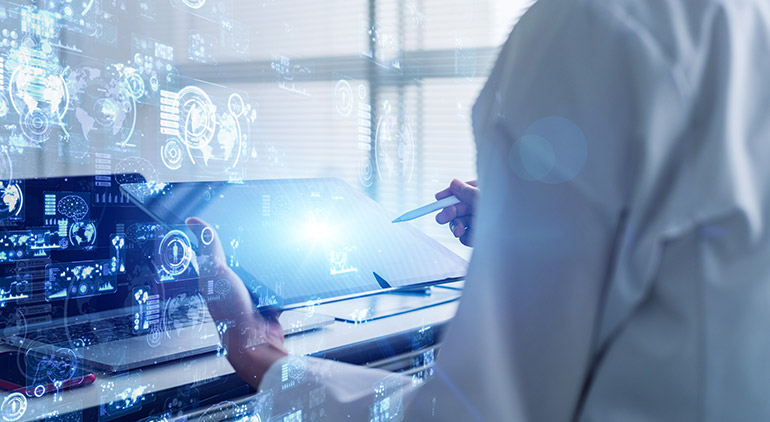 Ngan Nguyen Lyle was studying for an upcoming data science quiz when she got the call.

Lyle, a Master of Data Science (MDS) student at UBC Okanagan and medical doctor, was being summoned to return to work to support Interior Health’s COVID-19 response team.

“It wasn’t a tough decision,” she says. “I had been following the outbreak in the media and I was starting to realize that this was something extraordinary. I was already thinking about calling former colleagues to see if I could help before I was contacted.”

With the support of her professors and her physician-husband, Lyle returned to work full-time as an infectious disease doctor at Kelowna General Hospital (KGH) in late-March. 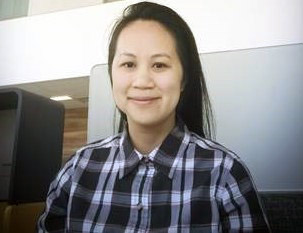 Having worked as an internal medicine resident during the 2009 H1N1 epidemic, Lyle had experience working in stressful environments. But this time was different.

“It was incredibly challenging,” she says. “I was asked to help the infection control team who had been working long days for weeks before I arrived—they were exhausted.”

Lyle worked most days on KGH’s COVID-19 floor, supporting staff who were caring for patients with confirmed or suspected infection due to the virus. She also supported staff in the Intensive Care Unit and the emergency department. She also worked in a somewhat investigative role, reviewing virus case files and addressing questions and concerns brought up by staff.

Though Lyle had previously worked in a clinical setting, she’s grateful for the infection control experience that the outbreak provided her.

“It challenged me,” she says. “I really had to try and find a balance and take everything into consideration.”

After five weeks of supporting the COVID-19 response team without any significant surge in cases, Lyle has shifted her focus back to completing her master’s degree.

Though it’s unlikely Lyle will graduate with her classmates due to the volume of work missed, she’s working with professors to make up assignments and plans to complete the program later this year.

“I definitely don’t regret going back to work,” says Lyle. “Graduating is important to me, but when your community is facing a once-in-a-century pandemic, there was no question as to where I was needed most.”

Now that she’s dropped the scrubs and picked up the books again, her goal is to apply the concepts she’s learning in the MDS program to medicine.

Before moving to the Okanagan, Lyle worked as a research fellow at UBC Vancouver studying sepsis—a potentially life-threatening condition caused by the body’s response to an infection.

“I was exposed to data informatics in that role but I didn’t have the quantitative or technical skills to engage in those analyses. I wanted to change that,” she explains. “That’s why I came back to school.”

Though Lyle has found the program challenging due to the heavy focus on mathematics, statistics and computer programming, she says it’s been an enjoyable and eye-opening experience.

“Before MDS I was skeptical of the role artificial intelligence and machine learning could play in healthcare — but now that I understand what’s under the hood, the statistics behind the algorithms, I’m more open to the possibility.”

As for the doctors, nurses and hospital staff Lyle worked alongside to care for COVID-19 patients, she’s still in awe.

“I just want to say that they’re all so dedicated, hardworking and that they deserve recognition too. Healthcare is a community effort.”