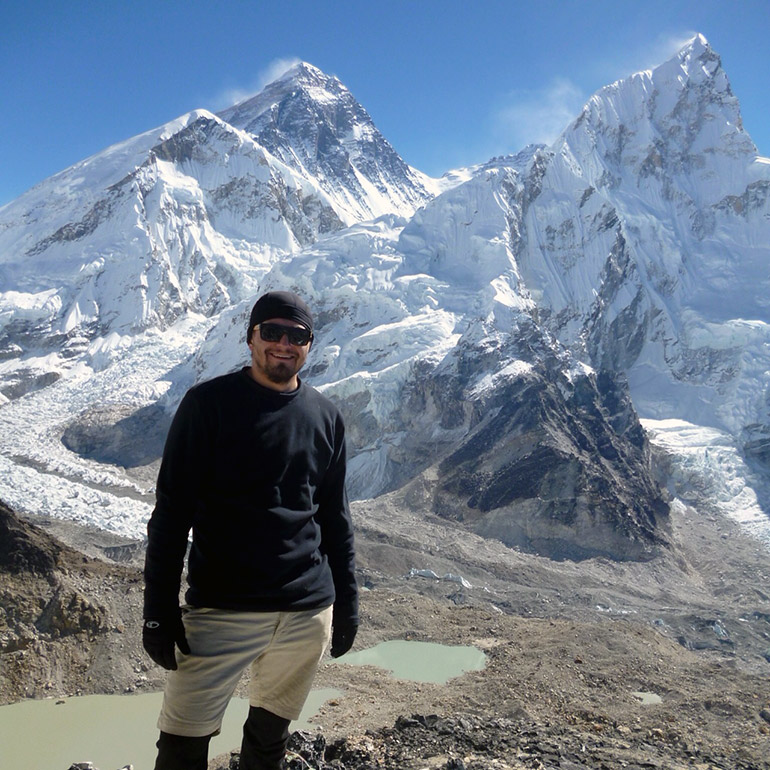 Although he climbed numerous mountains to conduct high-altitude research, UBC Okanagan’s Mike Tymko admits the peak of his academic career might have arrived in his inbox a few weeks ago.

Tymko is UBC Okanagan’s winner of this year’s Governor General Gold Medal. The award is presented to the university’s most accomplished doctoral graduate each spring. Tymko, who has published more than 60 research papers, is beyond talented says his supervisor Professor Phil Ainslie. The pair have worked together since 2012, when Tymko, an undergraduate at Mount Royal University, was invited to join one of Ainslie’s research expeditions to Nepal.

“At the time UBC Okanagan was much smaller and Professor Ainslie was relatively new into his appointment, but you could tell the research team he was building was extremely unique even at that time,” says Tymko. “That was such an amazing trip to me from both a life and scientific perspective.”

Within months, he was a student in UBCO’s School of Health and Exercise Sciences, working on his master’s degree with another colleague from the Nepal project, Associate Professor Glen Foster, also fairly new to the Okanagan. The pair got along during the 2012 Nepal expedition and created a dynamic and busy research team when reunited at the Kelowna campus.

“I knew that as Professor Foster’s first student I would be privy to more one-on-one training. I appreciate everything that he has taught me over the years and I wouldn’t be the scientist I am today without his mentorship.”

Foster’s laboratory studies how the respiratory, cardiovascular and autonomic nervous systems interact to control blood flow and ventilation in health and disease. And Ainslie, a Canada Research Chair in Cerebrovascular Physiology in Health and Disease, studies cerebral blood flow regulation, how that can be influenced by environmental stress—heat, altitude, pressure—and how exercise can also affect cerebrovascular function. The research teams would work together for a number of years studying basic aspects of helping people under extreme conditions—whether that be where they live, or an illness they have—be able to breathe better.

Tymko explains there are many people—such as those living in Nepal, the Andean mountains and Ethiopia—who live in high-altitude regions. And more than 200 million tourists travel to high-altitude destinations each year. However, his research also impacts millions of people who never get the chance to travel.

“From a more clinical standpoint there are many pathologies that are characterized by low oxygen, such as people living with heart failure, obstructive sleep apnea and lung disease,” he says. “Studying healthy human adaptation to low oxygen in both the laboratory and in the field has implications to better understand the physiological consequences that occur in these clinical states. The findings from these studies are applicable not only to Canadians, but people worldwide.”

There were several highlights for Tymko while working on his doctorate, but Ainslie notes he is a natural leader. During his studies, he has trekked to Nepal in 2012 and 2016, as well as White Mountain, California in 2015 and Peru in 2018—where Tymko co-led more than 40 scientists at a research station at Cerro de Pasco.

“This was undoubtedly Michael’s most impressive feat during his doctorate,” says Ainslie. “So far more than 10 research manuscripts have been published based on data collected during this expedition and many others will come in due course.”

Tymko is humbled by the gold medal win, and says, like the expeditions, this is not something you accomplish alone.

“These research projects are never led by one person, they are a product of dozens of people working together towards one goal,” says Tymko, crediting Ainslie, Foster and dozens of colleagues for years of support. “The best part of these trips are the people you meet—researchers from all over the world. But it’s also a fantastic feeling knowing that your research is meaningful and impactful within the academic community.”

Ainslie credits Tymko’s diverse interests, skills, leadership and dedication that made him an outstanding doctoral student.

“Not only can he operate as a high-level academic but he can also design, implement, build and lead high-level scientific initiatives,” he says. “His research interests expand those from normal laboratory-based experiments to the translation of the work into Indigenous populations at high altitude. He is a true allrounder and, importantly, also values the importance of scientific teaching and education. As an exceptional young scientist, he is fully worthy of this recognition.” 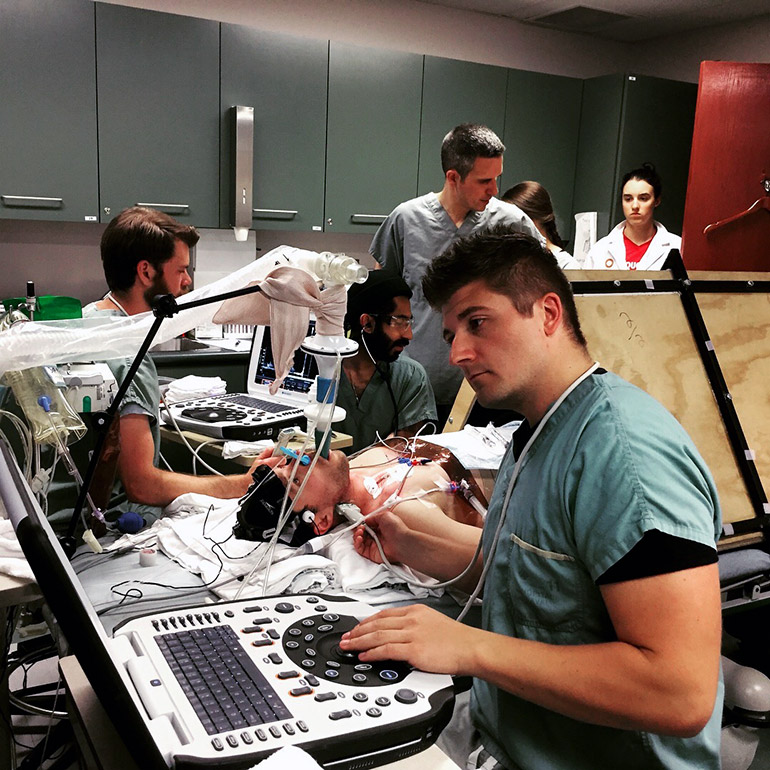