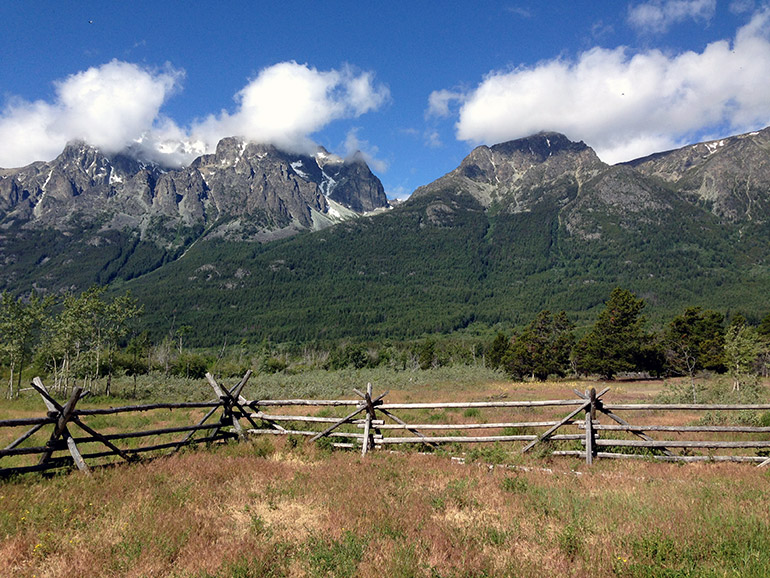 Telhiqox, in the traditional territories of the Tŝilhqot’in people. Image courtesy Kevin Hanna.

On August 11, a memorandum of understanding (MOU) and an Indigenous Knowledge Protocol Agreement (IK Protocol) were signed by the Tŝilhqot’in Nation and the University of British Columbia. These agreements were led by Chief Russell Myers Ross, Vice Chair of the Tŝilhqot’in National Government (TNG) and Prof. Helen Burt, Associate Vice-President, Research and Innovation at UBC.

The MOU and IK Protocol are a first between UBC and the Tŝilhqot’in Nation and set a path forward for collaboration, cooperation and partnership grounded in respect for the Indigenous Rights of the Tŝilhqot’in Nation.

“The relationship with Kevin Hanna and his team at UBC has worked well, from the original conversations about cumulative effects to working with the Tŝilhqot’in Nation lands department to conduct a variety of useful projects to fill the gaps of understanding the Tŝilhqot’in territory,” says Chief Myers Ross. “The MOU and IK Protocol collectively represent one of many projects from UBC, collaborating with the support of the Indigenous Research Support Initiative (IRSI), to further our research priorities. IRSI has ensured continuity and governance support in fostering the relationship between UBC and the Tŝilhqot’in Nation.”

A key feature of the MOU and IK Protocol is to ensure that research is undertaken with cultural safety, an approach that recognizes and addresses systemic power imbalances and fosters a culture free of racism and discrimination, thus creating a safe arena for Indigenous partners. In addition, the agreements recognize the intellectual property rights of the Tŝilhqot’in knowledge and solidify the Nation’s data ownership and control. Further, the MOU establishes a foundation for future research collaborations that incorporate Tŝilhqot’in knowledge, community needs and sustainable environmental practices and opportunities within Tŝilhqot’in Nen (lands).

UBC and TNG have multiple research collaborations underway, including a number of projects with the Centre for Environmental Assessment Research (CEAR), which is a research centre based at the University of British Columbia’s Okanagan Campus and led by Director, Dr. Kevin Hanna. Current CEAR-TNG research collaborations include Indigenous-led impact assessment, mapping and visualization of landscape change, new approaches and technologies for wildlife monitoring, and water governance.

“This MOU represents an important step forward in the relationship between UBC and the Tŝilhqot’in National Government,” says Dr. Hanna. “We have a unique opportunity to learn from the knowledge and experience of our Tŝilhqot’in colleagues, and to connect the resources and expertise of UBC to a range of historic and emerging environmental and natural resource management challenges in Tŝilhqot’in territory. There is a lot of innovative work we are already doing — in impact assessment and geospatial science, and more is being planned. But this is very much about connecting different forms of knowledge, creating new collaborative approaches to doing research, and ensuring that the outcomes have value to Tŝilhqot’in communities.”