State of the Mountains highlights highs and lows of climate change 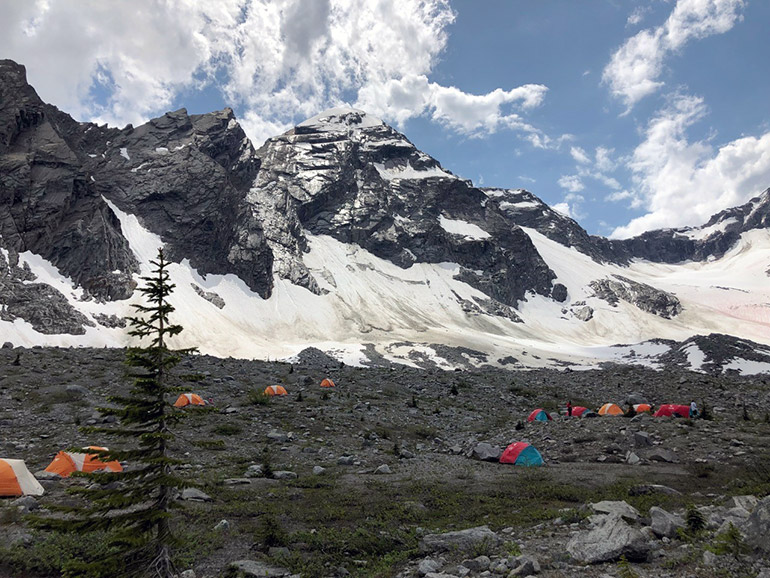 The Alpine Club of Canada’s general mountaineering camp, set up for the summer of 2019. Photo credit: Lael Parrott

While many know of the canary in the coal mine analogy, a team of researchers are using Canada’s mountain ranges as their canary. And, like the coal miners, they say Canadians should be worried.

Each year the Alpine Club of Canada (ACC) issues a State of the Mountains report, tallying what climate change is doing to glaciers and rivers, alpine flora and fauna as well as mountain communities and people. The report is co-edited by UBC Okanagan’s Lael Parrott, a professor of sustainability in the earth, environmental and geographic sciences department and ACC vice-president for access and environment.

“Mountains are indeed sentinels for understanding a rapidly changing world,” says Parrott. “And Canada’s mountains, like those around the world, are experiencing a variety of worrying changes. Glaciers are disappearing and many species of plants and animals are being forced to either adapt to changing conditions or perish.”

But, Parrott says, Canada’s mountain experts are also discovering new information that will help to address these challenges. And the report shares positive news, highlighting how Indigenous communities and Canada’s youth are mobilizing to create opportunities for conservation and sustainability.

“What stands out this year are the two articles on seamounts,” says Parrott. “It’s the first time we cover underwater mountain ranges. Just like terrestrial mountains, the complex topography and elevational changes in seamounts also create special niches that support high diversity and unique ecosystems.”

Parrott explains the report is a collection of contributions from Canadian experts, including those living in mountain communities, Indigenous peoples, scientists and natural resource managers. Experts explain how landslides and volcanic eruptions, always a significant risk to people and property, are increasing due to climate change and increased human activity in the mountains. Specialists also examine the downstream impact of mining, recent changes in mountain glaciers and the importance of the biodiversity of plants and animals in Canada’s mountains.

Other key findings in the report include an explanation of new tools to forecast avalanches, document biodiversity and predict the impacts of climate change.

“Of course, climate change permeates all of the articles,” says Parrott. “The impacts of climate change are felt so strongly at high elevations and these impacts manifest into increasing landslides, changing vegetation, melting glaciers and much more.”

The third annual State of the Mountains report is available online at: stateofthemountains.ca. Learn more about Parrott’s work at: ourstories.ok.ubc.ca/stories/lael-parrott.

“We’re hoping to raise Canadian’s awareness about the urgency of acting to protect our mountain environments,” she adds. “And that people will become advocates for mountain conservation and mountain stewardship.” 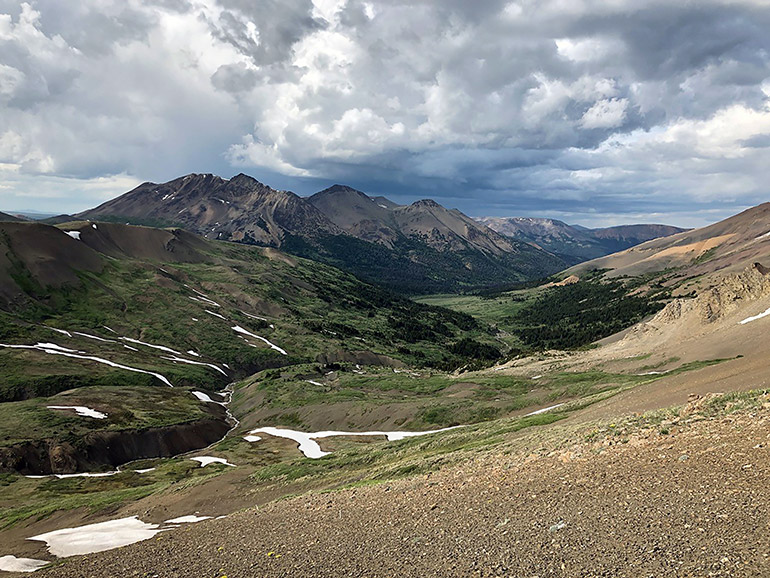