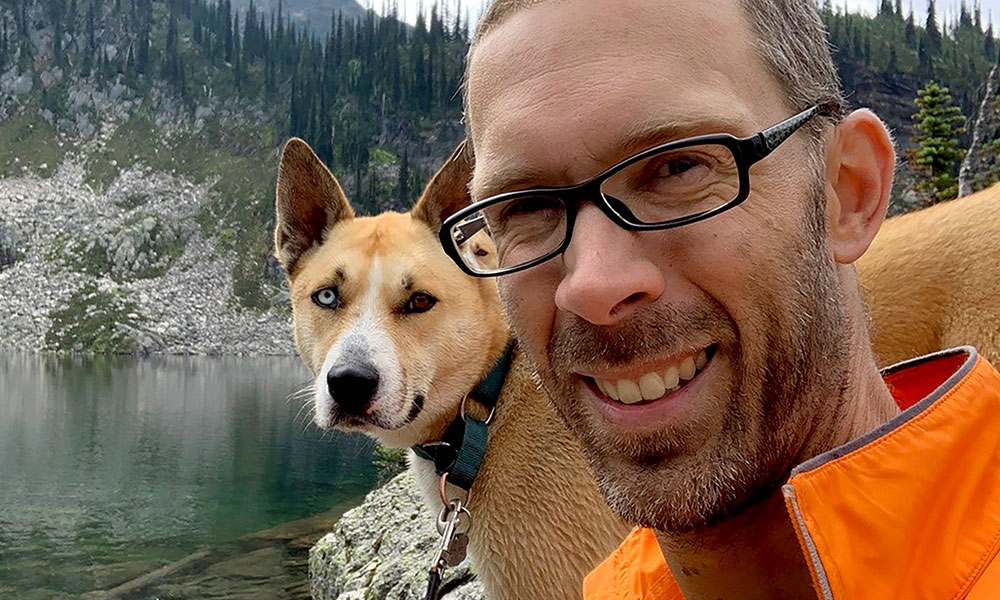 “There’s a refreshing do-it-yourself spirit to this campus that appreciates innovation and courage. One of the first things I tell new colleagues is that if you can imagine it, you can make it happen here.”

AS THE FIRST PERSON IN HIS FAMILY to earn a post-secondary degree, George Grinnell entered university without much of an idea about what it was or what it would offer him. Thinking about the world was important, but formal education was not part of his family culture.

“Frankly, I was tired of school and wanted to get a three-year general degree,” he explains. “I like to joke that I’ve never failed at a task as much as I did with that one: I stayed in school for the next decade and completed a postdoc after that.”

It was ultimately a class in literary and cultural theory that spurred Grinnell’s desire to pursue a career path that provocatively blends the study of philosophy, social politics and culture.

“Theory offers the opportunity to think carefully about complex problems that matter to everyone by asking philosophical questions like, how have power relations shaped our world and our knowledge about ourselves and others? How can we re-shape the world we want for the future?” Grinnell explains.

“I love that I can share that passion in my teaching and research.”

A professor of literary and cultural studies with a focus on punk culture, literary and cultural theory, and Romantic-era culture and literature, much of Grinnell’s teaching examines how society narrates its reality and whose voices dominate. He also explores voices that might not be heard as often outside of a university setting.

“I’ve always been inspired by individuals who want to change the world by encouraging others to think more carefully about the circumstances in which we find ourselves,” he explains.

“I’d like to think that my research also contributes to that larger goal of thinking patiently about how the world has been conditioned by conflict and inequality and how it could be otherwise. This is especially true when highlighting how culture imagines alternatives to the world we have and enlarges what we know about how individuals live.”

Grinnell has long been inspired by the audacity of punk kids who created their own culture in the face of an indifferent society that was hostile to their passions. These were the people who started punk bands, created ‘zines, released records and established global networks, all without any kind of financial profit motive.

“It strikes me that this has been one the most remarkable features of culture in general: if individuals want to work hard enough they can create something meaningful and share it with others, and then encourage new people to do same,” he says.

Grinnell adds that although much in today’s society is controlled by the logics of capitalism and the desires of those in power, human beings still have the power to re-create the world and alter the one they find themselves in.

“This isn’t an easy task, and different individuals will face different barriers to this. But, I remain inspired by every effort to create a more just, vital and lively world, especially when there are so many forces that wish to make individuals passive and indifferent to the life they have, or that wish to do far worse and harm, imprison and otherwise abandon individuals to suffering.”

The emergence of biometric culture — in which a person’s physical characteristics are used to verify their identity — is another subject Grinnell is fascinated by. When European culture became captivated by the pseudoscience of face-reading in the 18th century, it was because urban spaces were increasingly anonymous and the arrival of strangers from across the continent — and the globe — had decisively altered the ability to identify and trust others. 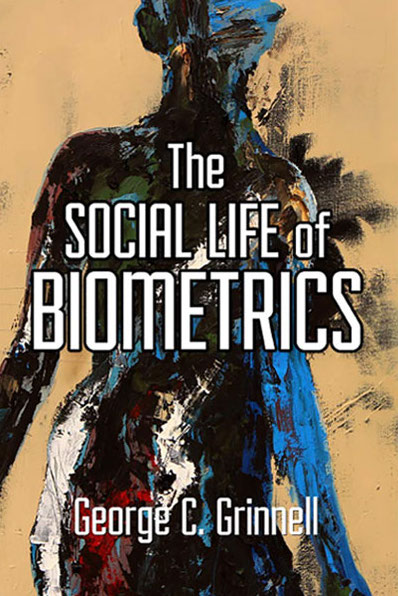 Grinnell is the author of The Social Life of Biometrics, which looks at the significant gap between what biometrics can reliably do and what we tend to imagine it can do.

“I’m less concerned than some about Big Brother watching us, because many of these fears have more to do with what we’ve been told biometrics can do rather than what it actually does,” he says.

“Biometrics is often imagined by film and television as a form of limitless state surveillance — which can happen, but that thought has also become a bit of a distraction in popular culture.”

Grinnell points to the issue of international borders and biometric identification as an example of how biometric practices can shape a culture’s imagination — known as ‘biometric thought’.

“At a border crossing, we tend to primarily focus on whether one’s identity is documented or undocumented,” he explains. “Although the legal identification of a person is important, in this instance biometrics has become a cultural phenomenon and a fantasy. It conditions us to think of international borders as a matter of identity checks rather than asking, ‘how have the inequalities of a global economy made some individuals so precarious that they must migrate in the first place?’”

This connection between individual identity and cultural preoccupations around human mobility has raised important questions about why people are displaced and forced to migrate across the globe, and how these questions are mediated by fantasies about identification that look only to physical features to comprehend one’s identity. This, in turn, avoids larger discussions of the social and geographic circumstances that condition identity.

In his book, Grinnell analyzed narratives such as film and novels, life writing, theory, philosophy and scientific studies, alongside a history of biometric technology and its presence in our culture.

“When I examined the emergence of biometric culture over the past 200 years, what immediately became clear is that this is meant to address problems surrounding identity that are fundamentally conditioned by space and human mobility.”

He adds: “Biometric culture is the idea that biometric technologies of identification have a social life beyond simply being a discrete technology and a mode of identification. When we unlock our phones with our faces, for example, we are participating in a way of thinking about identity that suggests our physical bodies are who we are.”

While this seems obviously true, this mode of thought can produce other effects as well, such as forgetting some of the ways that our identity relies on attachments to others, to a particular place and to social norms regarding identity.

“In a very real sense, who I am is not limited to my body. And for some, their sense of themselves may be directly opposed to how they appear bodily to themselves or others.”