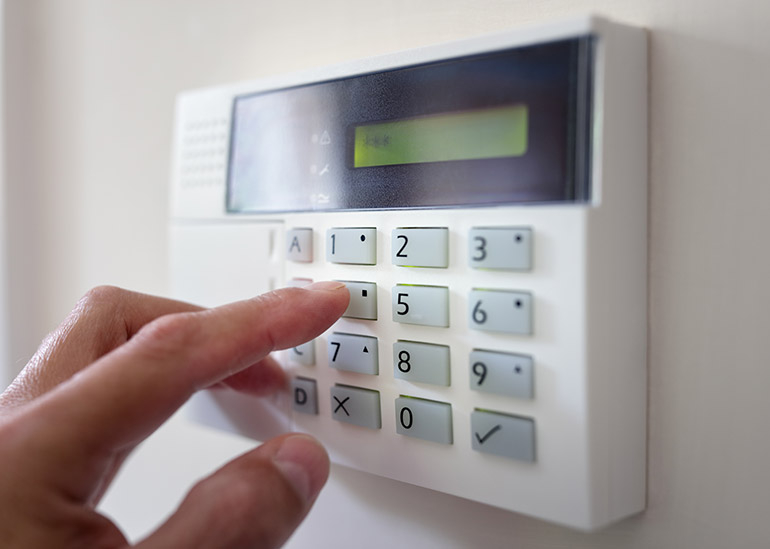 UBCO research shows that people are not uniformly protected by police services and it demonstrates a classic case of inequity between segments of society.

Economically speaking, these systems only benefit a certain segment of society

New research has determined the prevalence of private security systems may be robbing the general public of the police services they need.

Dr. Ross Hickey is an economist in UBC Okanagan’s Faculty of Management and the Irving K. Barber Faculty of Arts and Social Sciences. Along with a team of researchers, Hickey examined data from a social survey of Canada victimization, where people answered whether they had added security measures to their homes to protect themselves from crime.

“We are seeing more expenditures on private security systems installed in homes and, as economists, we have to ask why. We know that crime rates are down and expenditure on police is up,” says Hickey. “But private security purchases are at an all-time high.”

Hickey says the research team first thought about the classic supply and demand equations. The government provides the supply, or resources, for policing and there is a demand for public protection. However, when you combine a supply of private security products, then add criminals to the mix, Hickey says the basic supply and demand equation doesn’t add up.

There are many different types of security measures people can take—anything from putting bars on windows to getting a dog, or adding motion-detection lights, house alarms and security cameras. And while they may make people feel more secure, it’s also been proven that a barking dog may deter a thief more effectively than cameras and alarms. Hickey says security systems that automatically alert police, even though it may be a false alarm, can divert police from other duties.

“All of these innovations in private security don’t prevent the crime, they increase the chances of the person getting caught. When the police are called to homes using these technologies, we see the police being taken away from responding to another, perhaps, more urgent call,” says Hickey.

Hickey says their research demonstrates a classic case of inequity between segments of society.

“This is a dimension of inequity that doesn’t show up directly,” he says. “The inequity is in how some people are accessing this public good. It is available for everybody but some people are getting more of it, because they have chosen to install these private systems. And police are responding to those systems.”

The research, says Hickey, means that municipalities should consider police budgets differently than they currently do. Right now, just adding more money to the system does not change the inequity that will continue with the prevalence of home security systems.

“We need to think more carefully about this. In a world where private security investments are happening, we may need to look at different methods of funding the police,” he says.

Hickey says just adding extra funding into the mix is not the solution. Currently, people are not being uniformly protected by police services. And the police are being drawn toward particular segments of society who have privately invested in their own home protective measures.

“Are the people with lower incomes, or those living on the street, getting the same service from police? And we have to ask—if the city adds more police services next year, is that really going to make downtown much safer?”

The research was published recently in the Journal of Public Economic Theory.