Welcome to the Anthropocene. Now What? 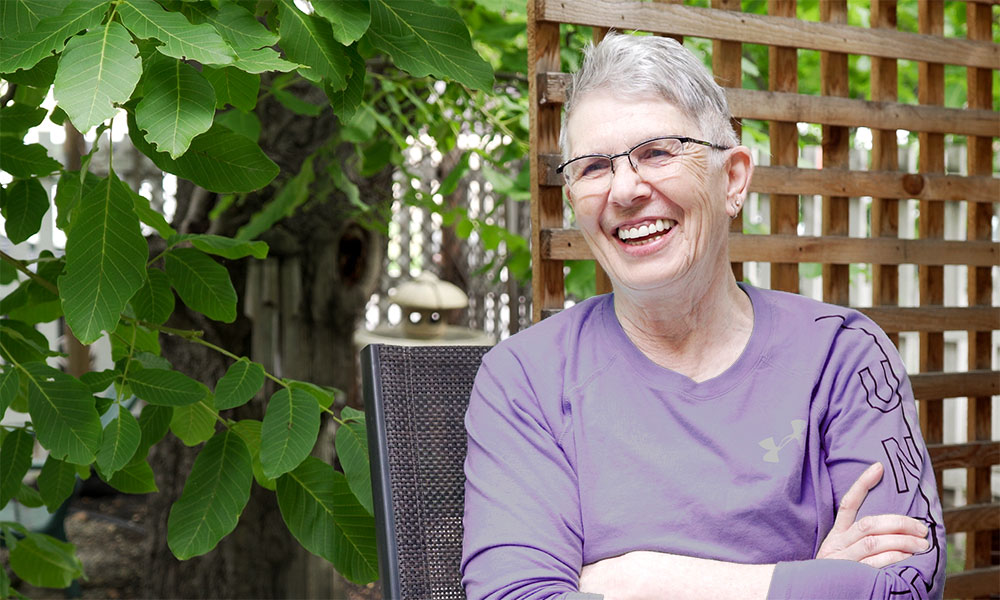 “There’s never a time that goes by that I haven’t learned from my students, and for that I am grateful.”

JODEY CASTRICANO LEFT A CAREER AS A DRAFTSPERSON in civil engineering with the intention of going to medical school. But as an undergraduate student, Dr. Castricano (who uses the pronouns they, them, their) saw an impactful film called The Animals, a 1985 documentary about the abuse of animals in modern society. Featuring undercover videos of animal experimentation, the intensity, cruelty and diverse exploitation exhibited in the film had a profound effect on Dr. Castricano; “I walked out of there and thought, I’m never ever going to eat meat or dairy again,” and they became vegan.

Then there was Dr. Castricano’s experience in class, which had them questioning their original study path. “Our teaching assistant said the rats who were in cages on campus weren’t ‘real animals, their feet have never touched the ground.’ I found this denial of the intrinsic worth of animals to be entirely contrary to my lived experience, and these types of exchanges taught me that non-humans were not really worthy of moral consideration.”

These impactful experiences led Dr. Castricano to change paths. Also a writer and a poet, they were already taking arts and literature courses in tandem with kinesiology so their studies wouldn’t be one-sided. Dr. Castricano ultimately earned a major in English with a minor in kinesiology, rather than a double major as originally planned.

“Being in university transformed my worldview. I became passionate about the world of ideas and how they have real and material effects in the world in which we live,” Dr. Castricano says.

During their undergraduate degree, various arts courses helped expose Dr. Castricano to new and varied ideas, which ultimately led them to delve deeper into literary studies. Once Dr. Castricano earned a Bachelor of Arts, a master’s and PhD followed in the areas of literature, gothic studies and critical theory.

FROM STUDENT TO TEACHER

Within seven months of receiving a PhD from UBC Vancouver in 1997, Dr. Castricano began teaching at Wilfrid Laurier University in Ontario — a career they have relished ever since.

In their current critical animal studies classes, for example, Dr. Castricano regularly takes students on a field trip to a local animal sanctuary. This way, students can make eye contact with the animals they talk about in class and see them as living beings with interests, rather than just representations of themselves.

Currently, Dr. Castricano is developing an ecofeminist course featuring a diversity of voices, so that students will get a more well-rounded view of the natural world. In partnership with Professor Emerita and local author Sharon Thesen, the course will focus on nature-based writing and ecofeminist philosophy. Students will be provided with an immersive experience, starting in the classroom with Dr. Castricano and then ultimately venturing out to work in nature and write alongside participants and mentors.  The course also offers exposure to Indigenous knowledge, which places a greater focus on particular ways of understanding our relationship with the more-than-human world.

At Wilfrid Laurier University, Dr. Castricano was charged with developing the cultural studies program. At the time, Dr. Castricano noted a lag in research at the university level about the exploitation of animals, particularly in critical and cultural theory.

“We talk about racism, sexism, ageism, homophobia and ableism, but rarely, if ever, do we talk about speciesism. We now know to include this ‘ism’ as a way to understand its connection to other axes of oppression, especially when social justice is often seen as an endeavour involving only humans.” 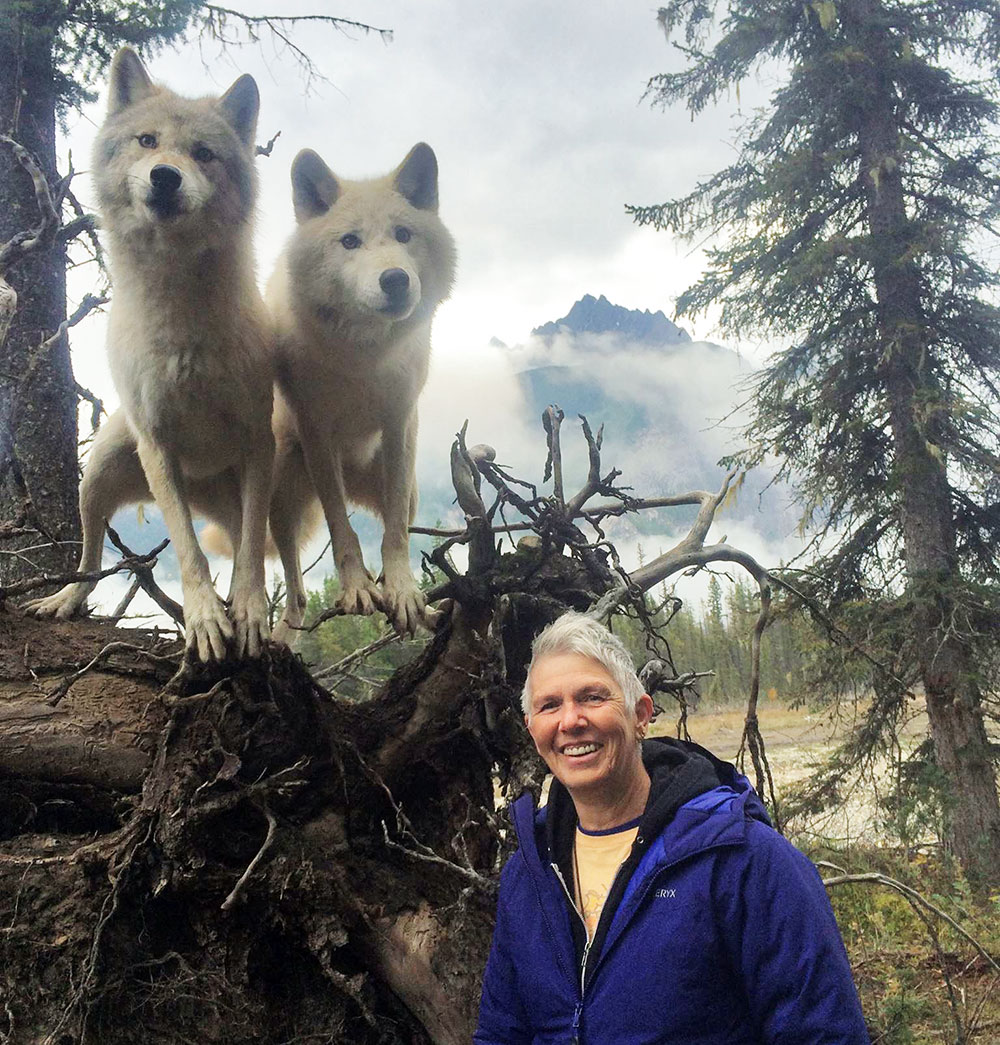 At the Northern Lights Wildlife Wolf Centre in Golden, BC, Castricano conducted research on habituated wolves, shown here in a photo taken by the Centre’s director.

Although Dr. Castricano worked primarily in literary studies and critical theory before they joined UBC Okanagan in 2005, they continued exploring this idea. They decided to pull together a collection of essays from authors, thinkers and activists working in critical animal studies, which was a fairly new field started by a group of academics in the late 1970s. The field explores the history of society’s relationship to animals as a means of gaining more than a philosophical understanding of what it means to be human and what it means to be animal. A key question asks: “What is the role of speciesism in sustaining the exploitation of humans and other animals?”

Dr. Castricano has published three books in the field of critical animal studies including a co-edited collection that examines the ethics, politics and aesthetics of veganism in contemporary culture and thought. They are also currently working on a book-length project exploring the treatment of animals in other cultures.

Teaching courses in critical animal studies since 2010, Dr. Castricano often asks themselves whether academic freedom is what allows them to teach critical animal studies. “The answer is yes; academic freedom allows me to teach this topic within an academic culture that uses animals in research. I’m interested in how our perception of animality leads us not only into the exploitation of non-human animals, but also how it includes the historical animalization of humans.”

The animal industrial complex itself has been linked to climate change, the spread of zoonotic viruses and pathological conditions in human health. When Dr. Castricano first created the course and began teaching in this area, they figured that even if someone wasn’t concerned about the welfare of animals, they would have to care about climate change and food politics in the context of the Anthropocene.  This force is now altering the planet’s biosphere and implicating humankind in the mass extinctions of plant and animal species, pollution of the oceans, deforestation, unsustainable water use and the alteration of the planet’s atmosphere, among other serious and even irreversible impacts.

“It’s encouraging to see some of my students who finally find out about the animal industrial complex taking that knowledge with them into future careers. While many of my students have gone on to do graduate work, others have gone into animal and environmental law, teaching and communications. They still stay in contact, telling me that the course in critical animal studies has changed their lives.”