First-year undergraduate student Nicole Hague’s love for geology has been fostered by family members, teachers and an early visit to UBC Okanagan. 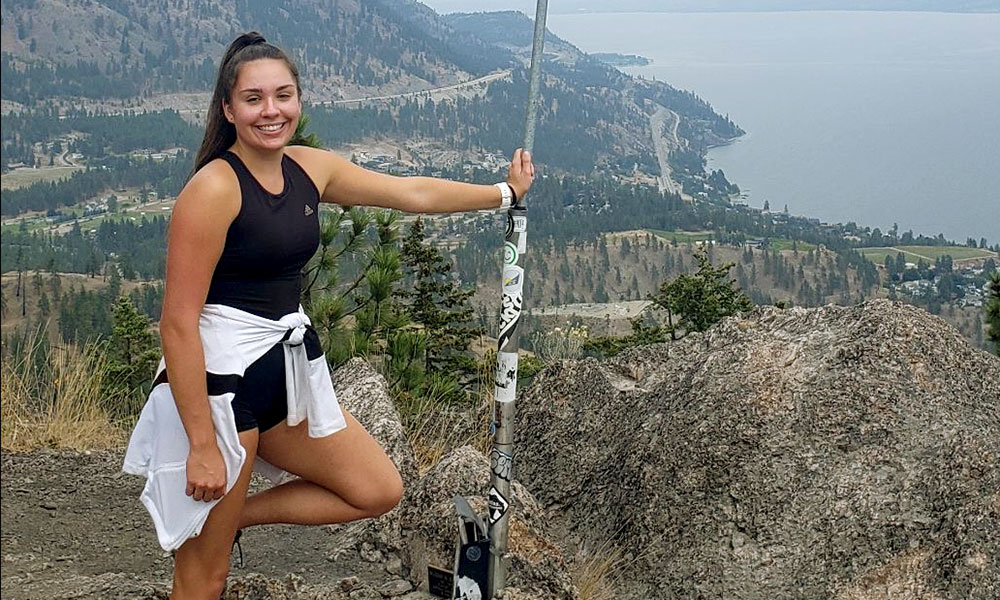 “I was able to take a campus tour when I was young, and I fell in love with UBCO. It fostered the idea that this was a place I could really see myself going.”

GROWING UP, NICOLE HAGUE WOULD JOIN HER FATHER PHILIP on countless walks, where he would stop to identify metamorphic and igneous rocks. It was here that Hague’s love for geology first blossomed, but it wasn’t until high school that she realized this was more than just a fondness for rocks.

“When I got to high school, I was doing well in my Science 10 class and my teacher approached me and offered me a spot in his Geology 12 class,” recalls Hague, who is now a first-year student in the Irving K. Barber Faculty of Science. “He saw potential in me and that really pushed me to pursue the subject more.”

It was a pivotal moment for Hague, then a student at Earl Marriot Secondary in Surrey, British Columbia. The following year saw her become the only Grade 11 student in her school to take Geology 12, and it set Hague on the path to study geology at UBC Okanagan.

When exploring potential universities where she could pursue her degree, Hague already had one institution in mind. 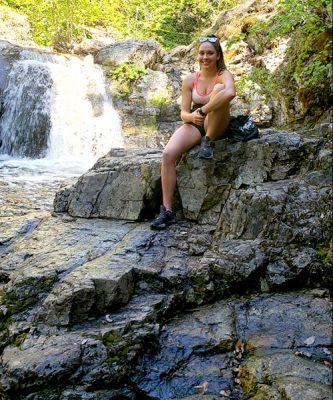 “My uncle lives in Kelowna, and as a kid we visited all the time. Kelowna was a place I’ve always wanted to live,” Hague explains. “I was also able to take a campus tour when I was young, and I fell in love with UBCO. It fostered the idea that this was a place I could really see myself going.”

But once again, it was guidance from her high school teacher that proved to be essential. Hague had found UBC Okanagan’s earth and environmental sciences program, and along with it, the Charles E. Fipke Foundation Earth and Environmental Sciences Award.

“When I applied for the scholarship I needed a reference, and my geology teacher submitted one on my behalf,” Hague says. “In talking with him, he told me that UBCO is where he studied. At that point, I thought it was meant to be.”

FOCUSING ON THE JOURNEY

Hague, who will major in earth and environmental sciences, was not only accepted into the program but was the first-ever student to receive the entrance award funded by the Charles E. Fipke Foundation. Endowed by noted Canadian geologist and UBC alumnus Charles Fipke, the renewable award, with an annual value of $10,000, is offered to undergraduate and graduate students intending to pursue geology and who have exceptional work ethic, academic strength and financial need.

Winning the award allowed Hague to concentrate solely on her academic journey.

“The scholarship has taken away the stress of having a full-time job to work through university and I can now strictly focus on school,” Hague says. “As a part of the scholarship, I have to maintain a high GPA. I’m very proud of pushing through and achieving the marks that I have.”

For Hague, the highlight of her first year has been the hands-on experiences, despite courses being delivered online.

“As a part of my studies, I took Earth Sciences 111 and we were given a rock kit. To actually have the sample and pick it up and do all the tests that we were given, that’s what I love doing.”

While Hague’s priority has been her academic journey, she has been mindful to strike a balance between her studies and the activities that keep her energized.

“Since the age of two, I’ve been riding horses and that’s been my escape. When you get on a horse, you have to leave everything else behind. It’s a place for me to relax and it’s great physical exercise. I’m lucky to have found two beautiful horses here.”

Also a former high school swimmer, Hague sought out the Okanagan Masters Swim Club in Kelowna. “Maintaining a balance and getting the proper exercise has really been important to my success,” Hague says.

“I’m so happy with my decision to come to UBCO and Kelowna.”