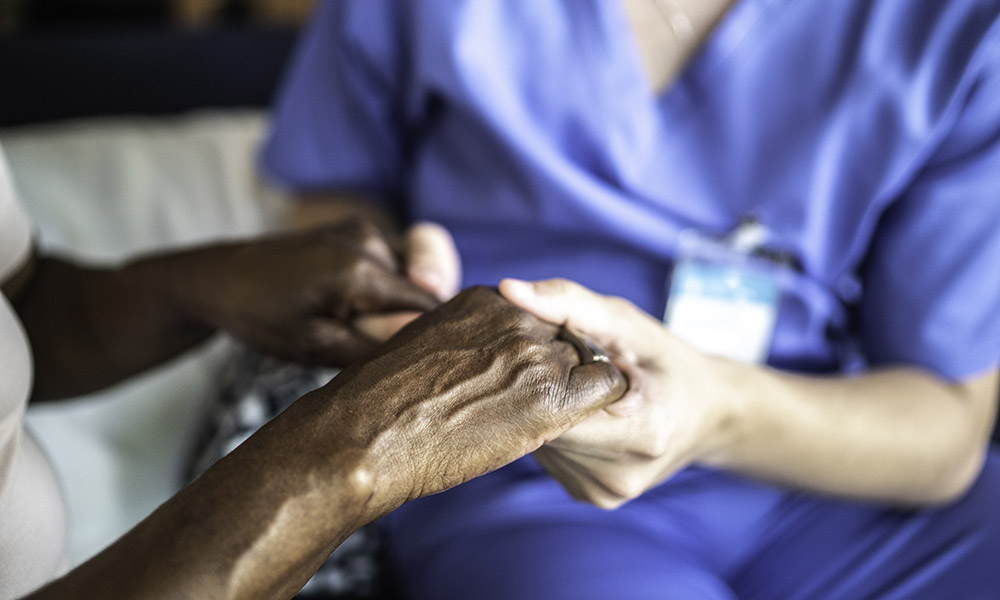 The new device created at the UBCO Heart Valve Performance Laboratory acts a bit like a shock absorber for your car.

A new device developed by researchers at UBC Okanagan may change the lives of many sufferers of essential tremors and Parkinson’s disease.

Dr. Hadi Mohammadi is an associate professor at the School of Engineering whose research focuses on biomedical applications. The new, wearable instrument has a magnetic mechanism that reduces tremors in a range of activities and scenarios, but doesn’t restrict movements of the hand, wrist or fingers.

“When developing this device, it was very important for us to create something wearable that can be used in any application — anything from holding something fragile to playing tennis,” explains Dr. Mohammadi.

Essential tremor is a progressive illness, caused by a neurological disease that creates uncontrolled tremors — mostly in a person’s arms or hands. Similarly, people who live with Parkinson’s have slow, continuous tremors that are one of several symptoms of the disease. Dr. Mohammadi notes people who live with either condition often face embarrassment, depression or social isolation because of the tremors.

Tremor dampening devices do already exist in the market, but they rely on spring-based or liquid-based systems, explains Dr. Mohammadi. His idea of using a magnetic system in this new wearable allows for smoother and more controlled movements.

The prototype has two miniature see-saw magnetic components attached to a wrist guard that the user wears on the back of their hand. It is an inexpensive, passive, lightweight item (weighing 120 grams or four ounces) that can be attached to a wrist like a watch. The sensor dampens involuntary motion by countering tremors with a light force generated from the magnet without filtering out voluntary motion.

“The key is building a device that works intuitively so the user basically forgets that they are wearing it,” says Dr. Mohammadi.

According to Dr. Mohammadi, although tremors vary between individuals, there are some commonalities between tremors related to the movement of wrists and forearms.

“Think of the device like a shock absorber for your car,” he explains. “The patient’s hand may wish to tremble but the wearable on their wrist dampens the movement so it becomes more a controlled and smooth movement.”

Although Dr. Mohammadi’s invention has only been tested in lab experiments, he and his team at the Heart Valve Performance Laboratory are confident that clinical trials will replicate the results.

The research was funded by a grant from the Natural Sciences and Engineering Research Council of Canada (NSERC) and appears in the Journal of Medical Engineering and Technology.