Children growing up alongside maternal depression can defy the odds 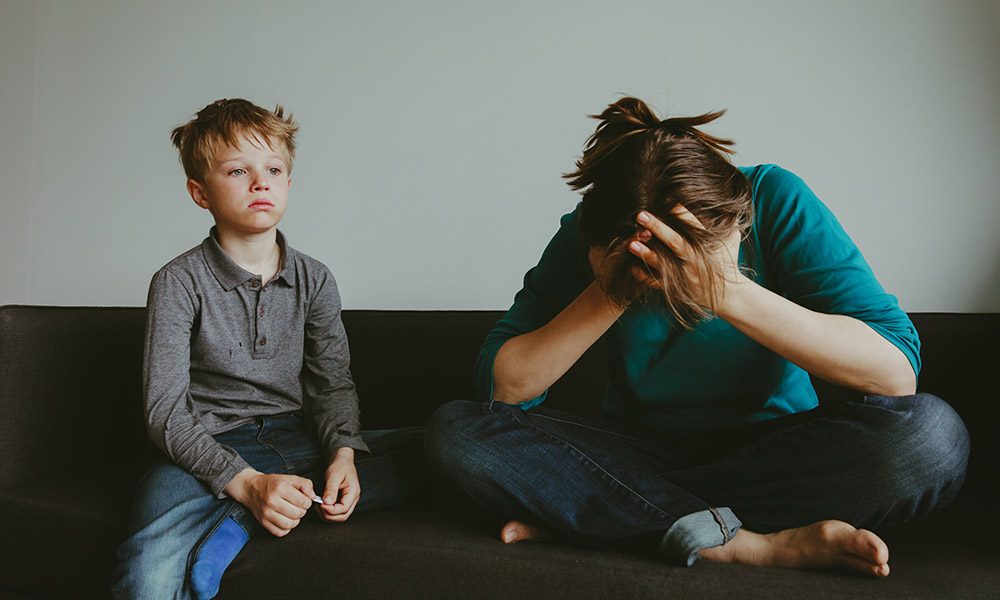 Most previous research on maternal depression has seen health outcomes include higher rates of psychopathology, behavioural problems and the increased risk of physical conditions such as asthma or unhealthy weight throughout childhood. But new research has determined that isn’t always the case.

While there have been many studies conducted on the negative impacts of maternal depression on both the mother and child, new research is examining why some children have different health outcomes than others.

UBC Okanagan researcher Dr. Sarah Dow-Fleisner, along with colleagues at Boston College, recently published a paper examining the health and wellbeing of school-aged children growing up alongside maternal depression. The study notes while the onset of depression often occurs during the postpartum period, it can continue or emerge throughout childhood.

Most previous research has focused on postpartum depression, when the children are infants, and the ways it can lead to poor health outcomes in children. Those health outcomes include higher rates of psychopathology, behavioural problems and the increased risk of physical conditions such as asthma or unhealthy weight throughout childhood.

But Dow-Fleisner’s research has determined that isn’t always the case. Her paper looks at the occurrence of maternal depression later in childhood and looks at the different patterns of wellbeing that emerged for many.

“Early childhood represents a sensitive developmental period, yet middle childhood is also marked by age-specific developmental milestones and vulnerabilities,” says Dr. Dow-Fleisner, an assistant professor in the School of Social Work and 2021 Michael Smith Foundation for Health Research Scholar Award recipient. “Among children with early experiences of adversity, there is a great potential for resilience that needed further exploration.”

The study, looking at the resilience of children who grow up alongside maternal depression, fills a notable gap in the current research, she says.

For her paper, data from the Fragile Families and Child Wellbeing Study, a multi-year study of more than 4,800 children born in 75 hospitals in 20 American cities, was used. Data included maternal health, the child’s physical health, and psychosocial wellbeing outcomes from mothers and children from when the child was one, three, five and nine years old.

Dr. Dow-Fleisner and her colleagues looked for patterns of wellbeing across 10 indicators of child physical health, including asthma, obesity and psychosocial factors such as internalizing disorders and perseverance. The researchers identified five groups with distinct patterns of child health and then examined each group’s link with maternal depression.

What was more interesting, she says, is that while some children experiencing maternal depression had a higher risk of poor outcomes, most were in the thriving group, suggesting there are likely important protective factors that help mitigate the risk associated with maternal depression.

This paper, she says, is an important first step toward developing clinically tailored services that support child development and address maternal depression. This would include further exploration of protective factors that help children and families thrive in the context of adversity.

“Early identification and treatment for mothers experiencing depression can lessen the impact and potentially prevent problems across the life course of those children.”

The research was published recently in the Journal of the Society for Social Work and Research.