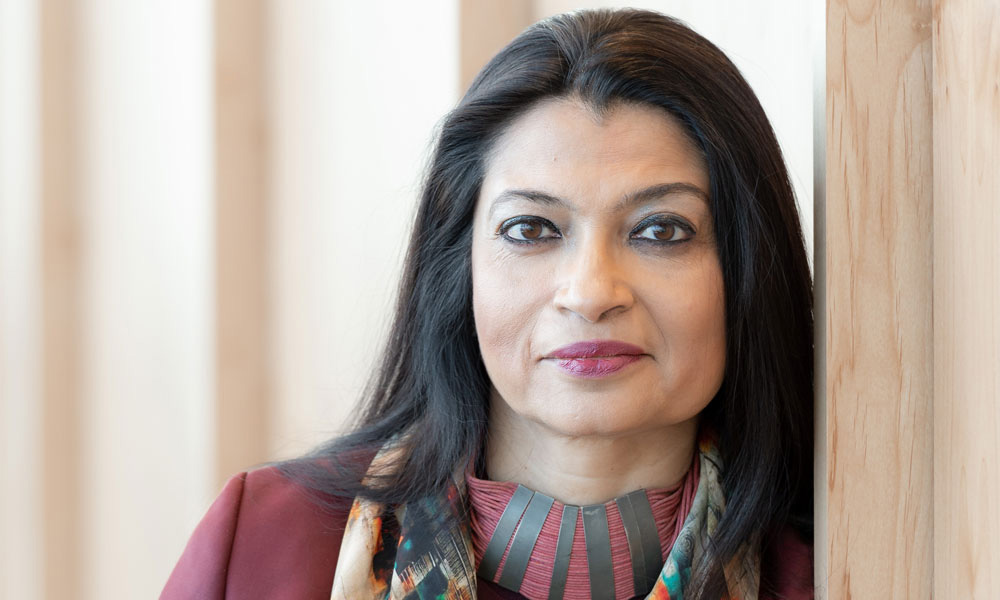 Dr. Mukherjee Reed joined UBC Okanagan in November 2018 and has provided stellar leadership to the campus in advancing its academic mission. She will be stepping down from her role as Provost and Vice-President, Academic, UBC Okanagan on January 28, 2022, and will assume her new position on January 31, 2022.

“I am saddened to leave UBC and the UBC Okanagan community which has given me so much over the last three years”, said Dr. Mukherjee Reed. “The relationships I have formed will stay with me for life. But the opportunity to lead a university with a demonstrated commitment to fostering world-class, transformative research and a strong social mission was impossible to forgo.”

Shiv Nadar University, Delhi NCR is a multidisciplinary, research-focused university that has been recognized as an Institution of Eminence by the Government of India. It is the youngest Indian university to receive this recognition as well as the youngest institution to rank in the Top 100 list of the National Institution Ranking Framework in India. Shiv Nadar University, Delhi NCR is one of the six landmark institutions established by the Shiv Nadar Foundation, which is committed to the creation of a more equitable, merit-based society through transformational education.

“Its faculty and academic leadership, drawn from some of the best institutions in India and the world and the trajectory it has established in ten short years, inspired me; its bold, global ambitions resonated with me deeply,” added Dr. Mukherjee Reed. “And very importantly, the unique positioning of Shiv Nadar University as a part of a larger ecosystem of educational institutions committed to overcoming systemic barriers was a major factor that attracted me. As part of my mandate to build a global, multidisciplinary knowledge community, I hope to build relationships with UBC that I believe will benefit both institutions.”

Santa Ono, UBC’s President and Vice-Chancellor, says that Dr. Mukherjee Reed’s contributions to the institution came at a critical time.

“Dr. Mukherjee Reed has demonstrated steady and thoughtful leadership both at UBC’s Okanagan campus and across the entire university.” Says Dr. Ono. “Her work furthering UBC’s commitment to anti-racism and her wise counsel as we’ve pivoted to online learning and back again have been instrumental over the past several years. I wish her the very best as she brings her considerable insight to Shiv Nadar University, Delhi NCR.”

“UBC Okanagan has had the good fortune to benefit enormously from Dr. Mukherjee Reed’s experience and innovative thinking during her time with us,” says Dr. Cormack. “Her commitment to excellence in teaching, learning and research, as well as to creating impactful student experiences, has been steadfast and remarkable. Her dedication especially to the principles of inclusion, respect and creating space for underrepresented voices will leave a lasting and welcome mark on our campus for years to come. I look forward to our continued cooperation and to exploring the new ties that bind UBC Okanagan and Shiv Nadar University, Delhi NCR.”

In 2020, President Ono appointed Dr. Mukherjee Reed as one of the co-executive leads for anti-racism initiatives at UBC. She has been involved with the National Dialogues and Action for Inclusive Higher Education and Communities and served as a member of the drafting sub-committee for the Scarborough Charter on Anti-Black Racism and Black Inclusion in Canadian Higher Education. In October 2021, Ananya was named as one of Canada’s Top 100 most powerful women by WXN.