Does identity matter for the BC wine-producing territory? 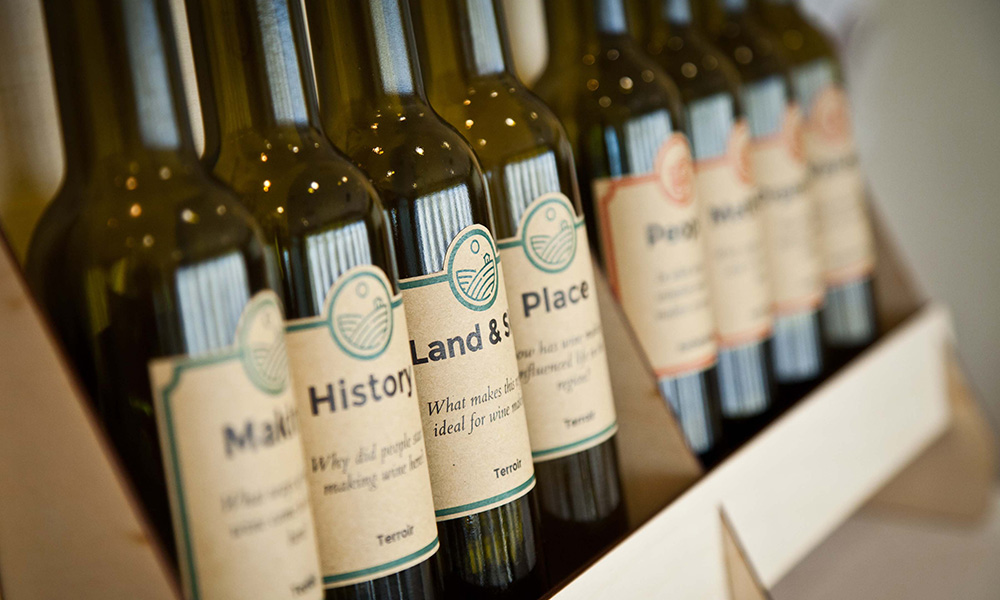 UBC Okanagans researchers have been exploring BC’s wine identity and recently published a paper explaining why identity matters for a wine-producing territory.

It’s wine season in the Okanagan and wineries are busy harvesting crops and producing vintages to be enjoyed in the years to come.

While many people may have an image of what the Okanagan wine region looks like, researchers at UBC’s Wine Research Centre (WRC) say there is a lot more to the identity of a wine region and the wider territory than what many might think.

Working across both campuses, the WRC, which is part of the Social Economic Change Laboratory and headquartered in the Okanagan, conducts research in enology, viticulture, management and social sciences. It engages with industry and communities on the challenges of wine territory development.

Mooken explains why a wine territory’s identity is important.

Your research talks about a specific identity for a wine-producing region. Does this include all of BC?

Can you explain the concept of identity?

One can start exploring the concept of identity through three simple questions: Who are we? What do we aspire to do and become? How do others perceive us? However, a reflective process is necessary to get to meaningful answers.

When applied at a territorial level, the concept of identity is collective, shaped by natural and human attributes. Relationships between people and the environment, history, culture and associated social, economic and political factors all play a part in what and how identity is formed, by whom and for which purposes.

Why does identity matter for a wine-producing territory, and what are your observations with regard to BC?

Consciously reflecting on, shaping and communicating its identity are fundamental steps for any wine territory to differentiate itself, and operate in the highly competitive world of wine.

An industry-commissioned report estimates the overall economic impact of the BC wine industry in 2015 at more than $2.5 billion, with direct and indirect employment exceeding 10,000. Despite its recent growth, BC is still not a globally recognized wine territory.

With growing competition on the Canadian wine market, a collective approach with an authentic identity would limit the effect of dispersed action across the territory and strengthen BC’s position vis- à-vis other wine territories at provincial, national and international levels.

Some studies have reported a lack of territorial cohesion across BC wine regions. A shared identity contributes to that cohesion. For example, it has been argued that the process of developing a shared identity can support initiatives such as collective quality enhancement, which is crucial for relatively young wine regions. Such developments provide a strong foundation for communication strategies that enhance territorial reputation, recognition by audiences and government support.

What challenges are faced when an emerging wine-producing territory like BC tries pinning down its own identity?

Identity is not static and it would defeat the purpose to try and pin it down. It evolves continuously, shaped by the choice, behaviour and action of individuals or groups.

For an emerging wine-producing territory like BC, with significant geographical distance between wine regions and diverse industry actors—each with its own values, ambitions and strategies—shared attributes may be hard to define. The lack of proximity might impede the development of strong relations and collective efforts. There is also a potential gap between the image built around an idyllic development that some people may aspire to and the need for a consistent story that reflects the true nature of the territory, with its own local ecological and economic realities.

What sort of work have you been doing with the wine industry, specifically on the topic of identity?

Our group at UBC has been engaging with the wine industry since 2012 in the context of territorial development. Creating independent, safe learning environments to facilitate collective knowledge on a number of issues is a prominent feature of our work.

Most recently, we developed a four-step iterative process to explore BC’s identity as a wine-producing territory. Those are understanding identity, identifying commonalities and differences, developing a shared narrative and sharing best practices. More than 50 wineries across BC participated through workshops, interviews and other conversations.

Discussions included themes such as terroir, authenticity, expression and narrative. Participants realized that there were commonalities to build on and differences to value. For example, a commonality stressed was the presence and importance of small family wineries and farms within as well as beyond the wine industry.

The interaction with industry has shown that there is significant interest in exploring identity, but more time and understanding are required for it to develop a shared narrative. We are also aware that more voices need to be included in the process; for example, grape growers and other communities.

In 2015, UBC received funding from Western Economic Diversification Canada for a three-year period, for work on the international positioning of the BC wine industry. This research, published earlier this summer in the International Journal of Wine Business Research is associated with that project.