UBCO researcher examines the highs and lows of e-scooter rentals

Appetite for micro-mobility services has not diminished despite bumpy start 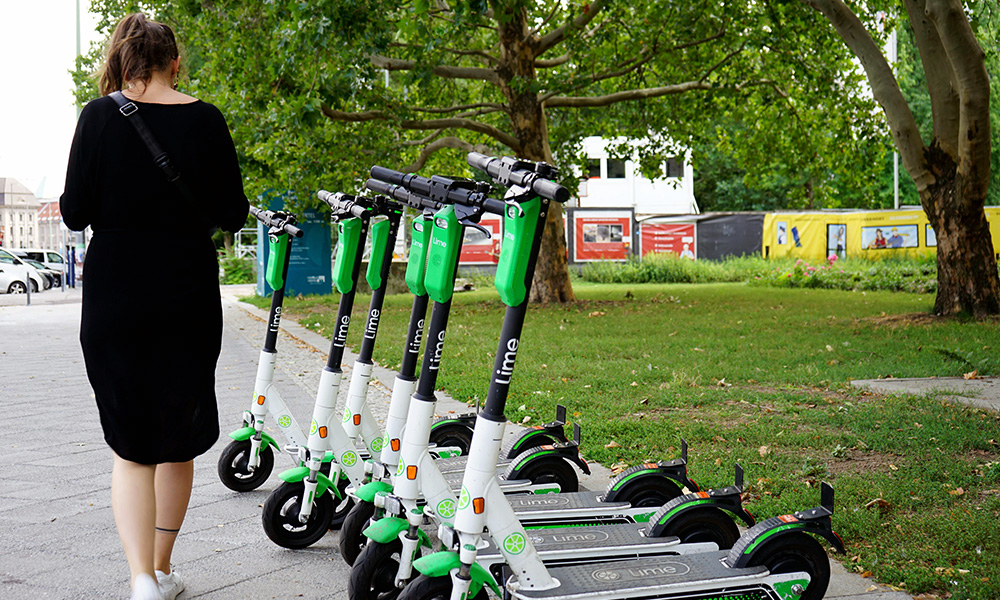 A UBC Okanagan study created a demand model for e-scooter use in the City of Kelowna, determining the most popular times and areas for their use. Photo by Vince Jacob on Unsplash.

Depending on your age and where you live, you might think of the emerging electric scooter trend as a fun way to get around. Or an invitation for a quick trip to the emergency room.

The introduction of shared e-scooters in Kelowna has been received by a mixture of enthusiasm and derision over the past few years.

While the City of Kelowna embarked on a provincial e-scooter pilot project in April, a UBC Okanagan study indicates they are as popular as ever. But only in certain parts of the city and at certain times of the day.

“Despite the ongoing popularity of shared e-scooter services globally, there hasn’t been a lot of research into their actual demand—specifically how the demand varies over different times of the day and week across a city,” explains Muntahith Mehadil Orvin, a doctoral student at UBCO’s School of Engineering.

The shared e-scooter service is a comparatively fast and convenient mode for travelling shorter distances. Dockless, the e-scooters can be picked up or dropped off at any location in permitted service areas.

The study developed a forecasting model by exploring key predictors such as time of day, week, season and weather characteristics, as well as transportation infrastructure, land use and neighbourhood features. Not surprisingly, the researchers found usage was likely to be higher when the weather was nice, with rentals dropping with inclement weather. The study also determined that demand is likely to be higher in e-scooter-friendly areas including those with a higher density, higher ratio of cycle lanes to vehicle lanes and higher mixed-land use.

Users tended to be younger and active in the urban or downtown zones, spending time in areas with a high density of hotels.

Rentable e-scooters were introduced in Kelowna on a trial basis in July 2019. Orvin examined data from July to October that year noting more than 22,700 shared trips were logged during those four months, with most taking place on the weekends in July and August. Scooters were available in several areas of town including Rutland, Capri Landmark and South Pandosy, but more than 90 per cent of the trips took place near Okanagan Lake and the downtown area.

Mahmudur Fatmi, assistant professor and principal investigator of the Centre for Transportation and Land Use Research at UBC, is not surprised the e-scooters proved popular. He says a smaller-sized city like Kelowna attracts many visitors and is an ideal location for micro-mobility solutions.

“Kelowna’s bike infrastructure—combined with its parks and lake access in the flatter portion of the city—are critical elements to attract e-scooter users,” he says. “Such innovative micro-mobility options could be the affordable, equitable and sustainable way to go for short distance travel.”

The study did not look at the safety of e-scooters, a hot topic in Kelowna earlier this year.  However, Orvin says his findings provide important insights into when and where the demand is higher, which will assist in effective policy-making to support e-scooter use.

“Our data clearly illustrates that there is a call for micro-mobility solutions like e-scooters in Kelowna,” says Orvin. “Other similar-sized municipalities considering these type of transportation solutions could benefit by transferring the developed model to their settings to help predict demand over time and space.”