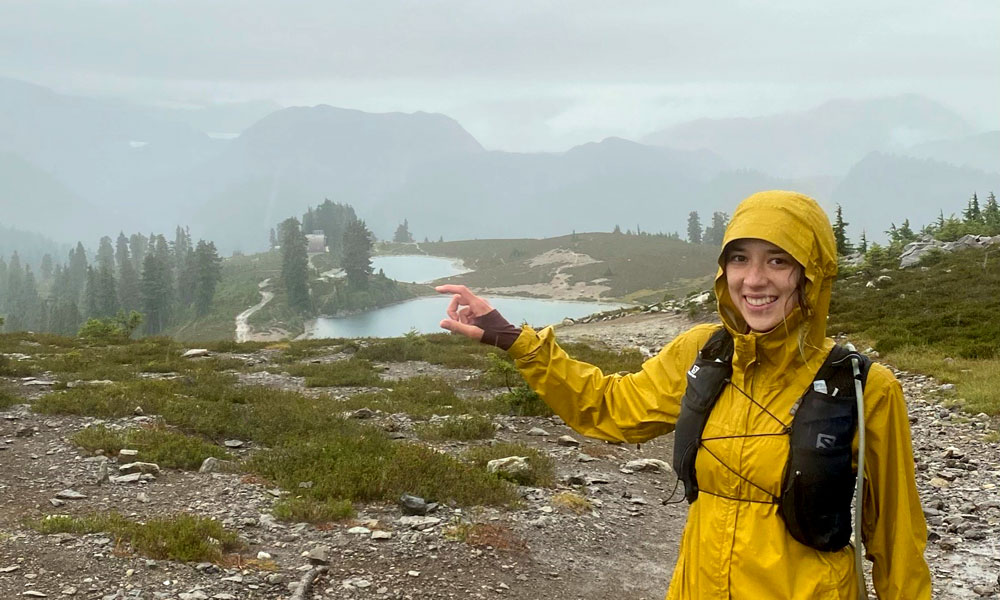 “Contributing to the larger sense of community made me feel like what I was doing was important.”

WHEN IT COMES TO SOCIETAL ISSUES, MELISSA PLISIC (she/they) felt they were talking the talk but not walking the walk. So, after two years of film school and a year working in the industry, Plisic decided to follow a different path.

“My whole life I’ve been interested in performance as well as the literary and visual arts, and working in the film industry wasn’t really doing it for me,” Plisic says.

Ultimately, Plisic came across the cultural studies program at UBCO, which was highly relevant to the Diploma of Motion Picture Arts they already earned from Capilano University. “I felt like I would be able to talk about art, media and pop culture while also being politically motivated.” 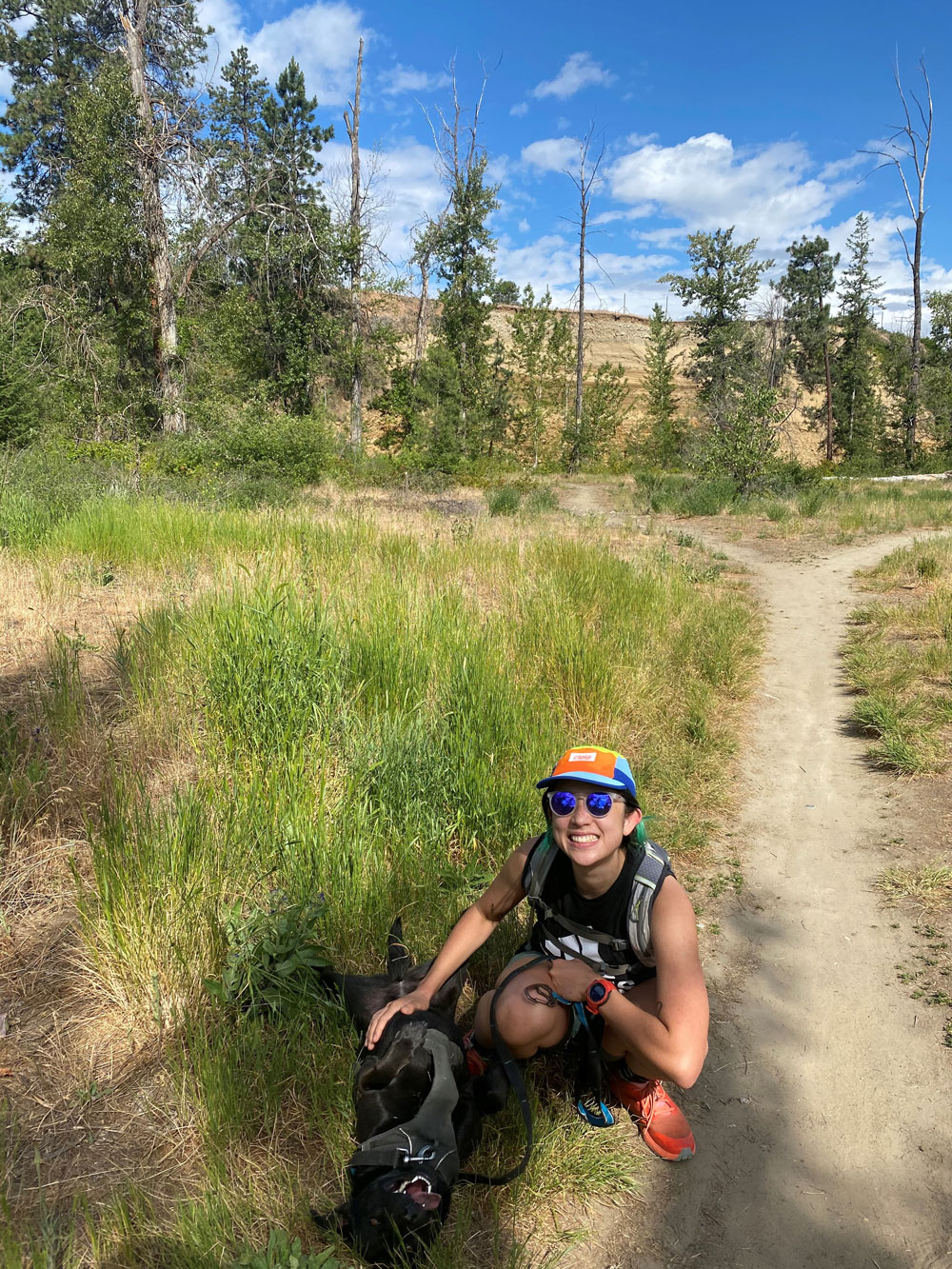 Plisic applied to UBC Okanagan knowing they wanted to major in cultural studies, and soon added sociology as a minor after taking a first-year class as an elective. “Sociology courses motivated me and gave me strong theoretical foundations for what I was already doing in cultural studies. Those courses really lit a fire under me. My politics and what I stand for started to cement.”

For Plisic, being invested in the courses came naturally because of the encouragement and freedom they received. It helped that personal experiences were recognized as legitimate forms of knowledge to draw on in their course work and many of the instructors in cultural studies and sociology were a big support.

Plisic points to an experience they had in a third-year cultural studies class with Dr. David Jefferess. It was in this class that Plisic realized that the humanitarian trips they took in high school to Central America were a form of colonialism.

“It was a struggle coming to terms with that, and coming at this from my own experiences was important.”

So, instead of writing an essay—which Plisic says excludes many different ways of producing and communicating ideas—they created a zine. Zines are self-published booklets made through a process of cutting, pasting, gluing and binding together various forms like poems, images or QR codes.

“With this format, I was able to express some part of myself. It was refreshing to make something with my own hands and to get away from my computer screen. There are things that I can’t convey in an essay using just words, so using a visual aspect to get my points across was important to these final projects.”

Plisic adds that many people can’t access post-secondary education and aren’t open to reading papers loaded with academic jargon, so this was a way to share what they learned and make it accessible to the masses.

“With this format, I was able to express some part of myself. It was refreshing to make something with my own hands and to get away from my computer screen.”

“It was liberating to be able to follow my own path while being supported by so many instructors. Going through university, you can start to sound more academic. The zines were a way to hold onto myself, and to present projects that were speaking from my own experiences.”

After taking that class, Plisic was finally able to lay the uncomfortable feelings they had about their trip to rest. “I can look at myself and say, ‘yes you did these things because you wanted to help.’ And now I know they were not helpful. After doing this program I know I have other work to do.

“I can’t change the past, but I can do my best to dismantle global imperialist capitalism with the knowledge I now have.”

Having lived in the Vancouver area their whole life, a change of scenery seemed appealing to Plisic when they applied to UBCO’s cultural studies program. But, there were challenges along the way. “I’m from the wet pacific northwest and a mixed-race Filipinx. Everything from the climate to the people in the Okanagan was a change for me. And I also faced racism, which was a defining factor of my experiences there. I like to think I came out stronger, different, with thicker skin.”

They add: “Coming in as a mature student, I didn’t have the same orientation experience as a first-year student would. Feeling isolated and not finding a community when I arrived in my first year was hard.”

Plisic eventually found the support they needed through UBCO’s Pride Resource Centre. “It was a place I hung out every day and slowly became more involved, eventually joining the board and hosting and organizing events.”

“Contributing to the larger sense of community made me feel like what I was doing was important. It was vital to have that space and see so many people interested in others’ experiences. It was a place for them to feel validated.”

As part of the OutTalk discussion series, Plisic facilitated a round table discussion on biphobia, one of the first talks in the centre that was overflowing with attendees. “A lot of people want to talk about the issues of biphobia, bisexual erasure and the negativity towards bisexual and pansexual people.”

Plisic had experienced biphobia within the queer community in Kelowna and felt the subject needed to be addressed at the discussions they attended.

“Contributing to the larger sense of community made me feel like what I was doing was important. It was vital to have that space and see so many people interested in others’ experiences. It was a place for them to feel validated.”

Plisic is now pursuing their master of arts in gender, race, sexuality and justice at UBC Vancouver, where they are focusing on anti-colonial environmental and food justice.