Creative writing alumna chooses to use rejection as a learning experience 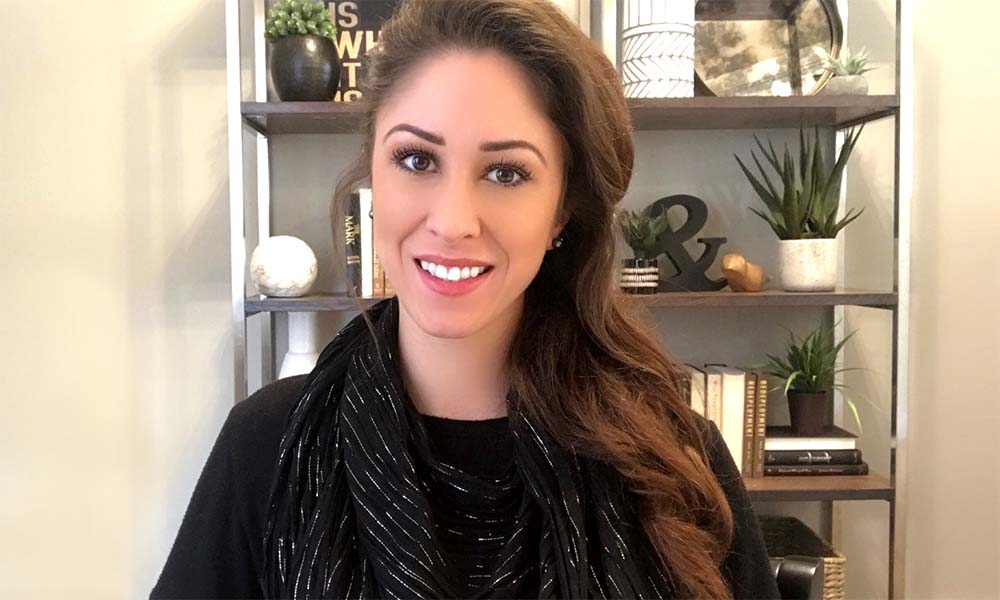 “The knowledge I took away from my time at UBCO has proven invaluable to me as an artist and writer.”

SAMANTHA GOMPF KNIGHT’S JOURNEY DURING HER UNDERGRADUATE DEGREE opened many doors and introduced her to new perspectives—an experience she says was invaluable as a writer.

Knight completed her Bachelor of Arts in English in 2014; for her, attending UBC Okanagan made sense because the campus was close to home, but there was also a wide variety of courses to choose from.

“When I visited the campus for the first time, the scenery took my breath away and everyone was so warm and friendly, it was really a no-brainer.”

She adds: “UBCO felt like my second home; holding up in the library for hours in between classes will do that. I enjoyed all that time spent working on my writing—and homework, of course.”

“Stick to your dreams and everything will eventually fall into place.”

But as Knight entered her fourth year of the program, she knew she was not going to graduate that year because she was short some credits. “The situation almost eclipsed my longing to take a particular creative writing course where students submit chapters for peer review throughout the term.”

Knight knew the course would be instrumental to her future writing career, so she took an extra term to acquire the additional needed credits—a decision she says was worth it.

“Did I forsake priorities and follow my ambition? Of course. And I’m glad I did it because I ended up completing my first novel and getting published a few years later.”

Knight’s advice to students facing a similar challenge? “Stick to your dreams and everything will eventually fall into place.”

She adds that although English was her chosen major, she also ensured she could benefit from UBCO’s variety of course options to get the most out of her time at university.

Knight points to the theatre courses she took, which brought her to many impressive and enlightening performances in the community. “The shows, the artists and actors illustrated just how eclectic and informative creativity can be, and they opened up different avenues for which I could manifest my own imagination and artistic vision.”

In a cultural studies course focused on media, groups were assigned to film a public service announcement to bring awareness to mental health. “To our surprise, our 30-second video ended up being accepted to air on Shaw TV that year, and since I’ve always struggled with anxiety myself, I was—and still am—proud to be a part of such an important message.”

She adds: “These courses had me seeking inspiration from my environment, using different lenses in order to see beyond my habitual perspective.”

During her time at UBCO, Knight also published her first piece through Papershell, a student anthology produced annually by fourth-year creative writing students. The piece was a stage play she completed in one of her courses.

“All of this and more helped broaden my creative capacity, and being able to venture outside the subjective has greatly improved my writing. The knowledge I took away from my time at UBCO has proven invaluable to me as an artist and writer.”

After moving to Edmonton, one of Knight’s short stories was published for the first time in a literary magazine, Cicatrix Publications, while one of her paintings was featured in the Dying Dahlia Review. A year later she published a longer prose piece in The Deaf Poet’s Society titled “Elevate,” about two strangers opening up to each other about their psychological struggles while trapped in an elevator. 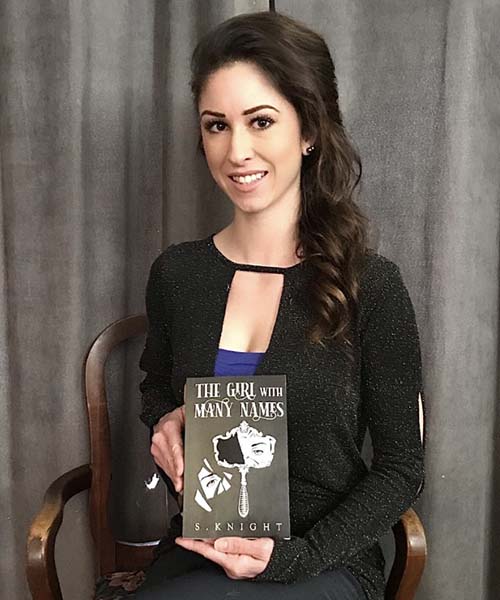 In 2021, Knight had her first novel published, The Girl with Many Names. A dark retelling that combines myth and fairytale into a single chronological narrative, the story originated as a short story Knight wrote after finishing university. But unlike many similar renditions, it deviates from the conventional perspective of an archetypal hero to give a voice to the traditionally stigmatized characters.

“My literature studies had me wondering what these classic tales of folklore would be like without the tiresome damsel in distress motif. I was more interested in the enigmatic characters who were shrouded in mystery—you know, those nameless villains who were always unreasonably evil.

“I’m not ashamed to say that the story had been rejected by a lot of publishers over the years, but that just helped me develop it into the novel it is now.”

Knight adds: “Honestly, there were times when I was ready to give up on my book, but before washing my hands of it and getting back to my other manuscript, I thought I would throw it out there one last time. So, you can imagine my surprise a couple of months later when Pegasus Publishers reached out to me with a contract. I thought the email was spam at first!”

Knights advises aspiring writers and novelists to not let rejection weigh them down, as it’s a learning experience and opportunity for improvement.

“This has been my dream since I was a child. The success that I’ve achieved and the skills that I’ve gained these past years are largely thanks to the brilliant education that I received from dedicated teachers, among the best in their fields!”