UBCO students learn the pros and cons of Wikipedia 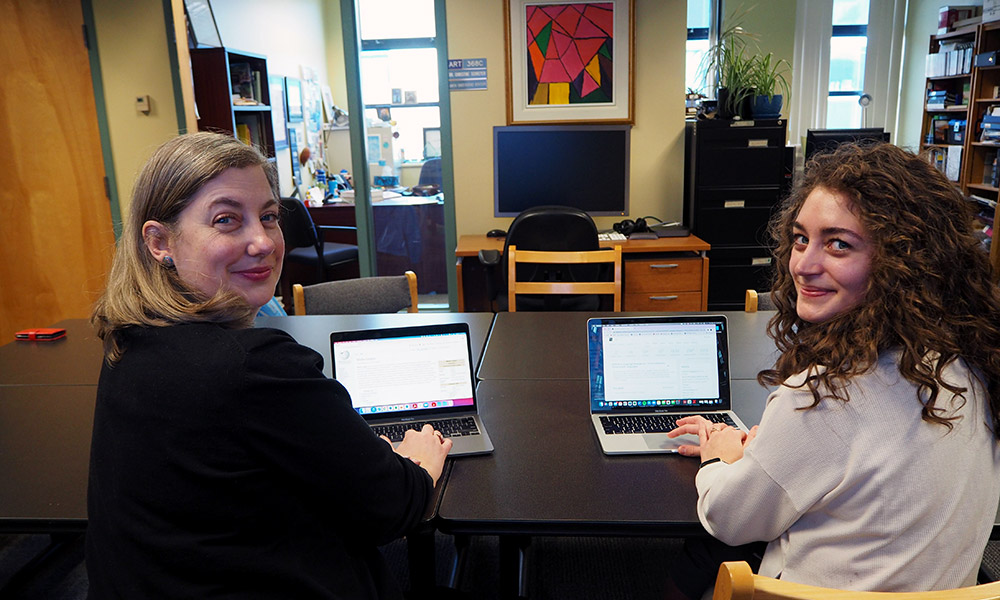 For the past 20 years, people have turned to the online resource Wikipedia for the answer to almost anything. However, because Wikipedia is a site that can be modified by anybody, it has earned a bad reputation for being the wrong place to get the right information.

Dr. Christine Schreyer is an Associate Professor and linguistic anthropologist in UBC Okanagan’s Irving K. Barber Faculty of Arts and Social Sciences. In her fourth-year course on language emergence, she teaches her students how Wikipedia works, why people think it’s an unreliable source and how to improve and edit Wikipedia articles.

Since 2017, her students have added 772 references to the 108 Wikipedia articles they have edited and also created nine new Wikipedia articles about minoritized—endangered and contact—languages. As an instructor, Dr. Schreyer discusses why Wikipedia deserves a second look, and why people should be comfortable adding and editing content.

Can you explain why many schools and universities tell students to stay away from Wikipedia?

Wikipedia articles are often not considered a reliable source since they can be edited by anyone and, at times, information is presented without citations. This lack of citation makes it hard for students to determine where the information comes from, if there are any biases and how to cite it in their academic papers. However, if students learn what makes a good Wikipedia article, they can use it as a starting point for further academic research.

Why do you teach people to use and edit Wikipedia? How does it help your students?

Many people use Wikipedia every day as their go-to source for quick information, but very few actually know how to read Wikipedia’s editing history or the conversations about the edits on the article on the “talk” page. By following Wiki Education tutorials and editing their articles themselves, students develop these skills along with critical thinking skills so they can judge if an article is a quality one or not.

You’ve said your students have made impressive improvements to Wikipedia. How so?

In my courses, students write papers about minoritized languages, also known as pidgins and creoles. In many cases, very little academic research is available to the public about these languages. However, as the students have access to this information through UBC’s library, they can add these references to the Wikipedia articles, improving them immensely so that they become more reliable sources for other users.

Can you provide an example?

The article my students and I collaboratively worked on while learning the process of editing was the article formerly known as “Broken Slavey”—featuring a language spoken mainly by Indigenous Peoples in the 19th century. In class, we learned that descriptors such as “broken” are inappropriate and often come from colonial ideologies about language. We updated the article’s title to “Slavey Jargon,” which is what it is known as in the most recent academic literature. The article had a warning template on it before we began, which said, “This article includes a list of general references, but it remains largely unverified because it lacks sufficient corresponding inline citations. Please help to improve this article by introducing more precise citations.”

This is exactly what we did. We removed plagiarism that had come from one of our own class readings, and we updated the article with more information and citations. Our work can be viewed at: en.wikipedia.org/wiki/Slavey_Jargon

How would you recommend other instructors include Wikipedia in their courses?

I would absolutely suggest that instructors use the resources and expertise from Wiki Education. The tutorials provide instructors, as well as students, the resources they need to learn about editing Wikipedia. It is immensely satisfying for students to see how they are helping improve Wikipedia together through the stats that are tracked on the class dashboard. Students can see the impact they are having in real time, in the real world.

I encourage people to take a look at the work we edited on this Wikipedia page.