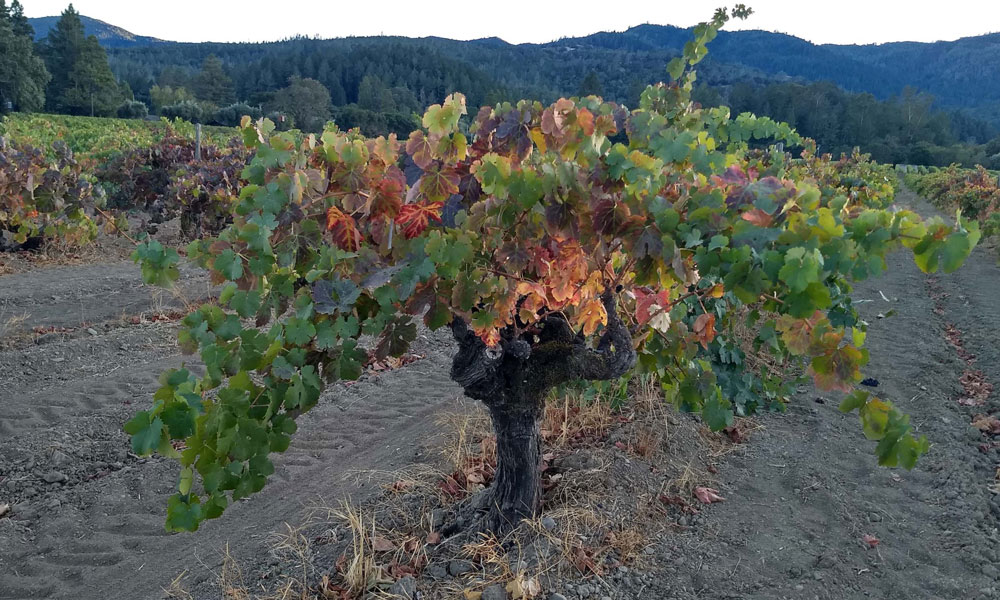 In all wine-producing regions of the world, climate change is disrupting the traditional science of winemaking.

Devastating frosts and periods of intense drought and heat, combined with the danger of wild fires and smoke, have forced wine-producing regions from Bordeaux to Napa Valley to British Columbia to constantly adapt to changing and volatile conditions.

The sensitivity of wine grapes is what makes wine production so vulnerable to the effects of climatic shifts. Even minor variations in temperature can jeopardize certain flavour and aroma development, explains Dr. Jacques-Olivier Pesme—Director of UBC’s Wine Research Centre (WRC).

Dr. Pesme is moderating the Canadian portion of this week’s French Ameri-Can Climate Talks (FACT-B). Established in 2015 by the French embassies in the United States and Canada, FACT-B is a series of high-level conferences that bring scientists, wine growers, consumers, associations and public authorities together to proactively discuss climate change and how it is affecting the wine industry.

This week, Fact B will welcome both French and local leaders to Kelowna, Vancouver and San Francisco. Dr. Pesme discusses sustainability and how wine producers may consider new practices to adapt to the forecasted climactic shifts to wine production.

How do changes in environmental conditions affect winemaking from grape to glass?

Climate change affects all aspects of our day-to-day life.

Naturally, wine does not escape the rule. The changing environmental conditions can provoke an earlier phenology/flowering which can be good in certain regions.

But not always, and this can have an impact for all aspects of wine production and in particular the harvest period. For instance, in many wine regions climate change will have an impact on higher levels of sugar and alcohol as well as lower levels of acidity in the grapes. This combination is undesirable because it will favor the production of wines that are less sharp, less bright, heavier and highly concentrated—which isn’t what consumers are looking for.

Are specific grape varieties, or wine regions, in danger?

Some wine regions may actually benefit from the forecasted shifts of climate. Typically, northern regions didn’t have the right conditions to growing grapes. For instance, the United Kingdom is interesting in that respect as we have seen the development of a new sparkling wine industry, inspired by Champagne.

However, in some parts of South Australia, around Riverland—the largest Australian winery region—it is the opposite. Heat and droughts are now so intense it raises the question of the sustainability of maintaining the production of wine grapes in some wine regions across the world.

These types of changes present significant challenges to growing grape varieties in many regions around the world. They’re not in danger per se, but as a wine region’s environmental conditions change, formerly successful varietals will no longer thrive. Take for instance, Merlot, which is the main varietal grown in Bordeaux. With climate warming, the Bordeaux region is becoming less suitable for the Merlot grape.

However, these changes could be seen to present opportunities to innovate and has led to the rediscovery and testing of long-forgotten and discarded native grape varieties—a kind of viticultural archaeology. The late ripening, acidity and resilience to climate stress of several of these ancestral varieties could withstand potentially extreme environmental conditions.

The WRC’s mission is to support the development of a competitive and sustainable BC wine industry. We see our role is to co-create knowledge with the wine producers—knowledge produced by the BC region but also through collaboration with leading institutions around the world such as the Universitie de Bordeaux.

Working together with industry and researchers the work of the WRC is wide-ranging. Our group of researchers assess the effect of climate and specific environmental factors on grape ripening and composition, investigate smoke odour compounds in grapes and wines caused by wildfires, and also explore the impacts of climate change on phenolic compounds.

What could global consumers expect to see as a result—will there be higher prices or a lower quality of wine in response to environmental changes?

If we take the right measures, in a place like BC, climate change could be seen as both a challenge and an opportunity. With great conditions for producing premium wines, BC has an opportunity to invest in the wine industry in ways which are better for both for the environment and for the consumer.

One thing is for sure, climate change in BC is a game-changer, and our Centre is hoping to work alongside industry to be best prepare to adapt to those changes.