UBCO prof digs into geological history of rocks atop Everest

Study suggests rocks were deformed as part of Himalaya development 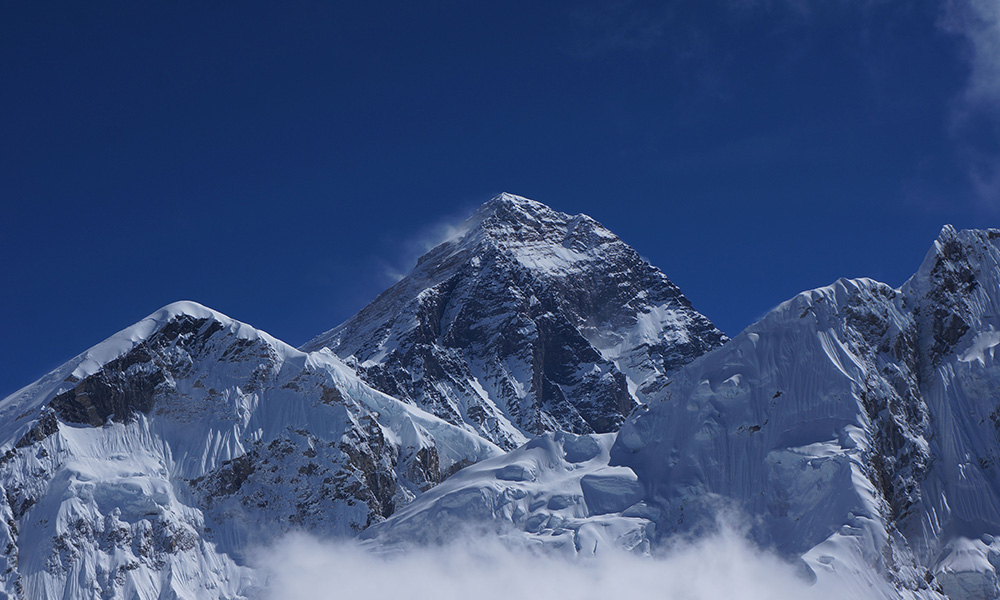 New research from Dr. Kyle Larson’s lab has been able to pinpoint a timeline of when the rocks atop the summit pyramid of Mount Everest were deformed as part of the growth of the Himalaya. Photo credit: Kyle Larson.

It’s been a topic of debate among geologists for years—when did the deformation of rocks at the top of Mount Everest take place?

Over the years, several theories have been proposed—but none have stuck—until now.

In a recent study led by UBC Okanagan researcher Dr. Kyle Larson, the team found evidence that shows, for the first time, that the rocks atop Everest were deformed as part of the Himalaya’s development. Dr. Larson explains the rocks were sheared in response to the collision more than 45 million years ago between India and the Eurasian landmass. This collision is responsible for the development of the 3,000-kilometre-long Himalaya range between India, Nepal and Tibet.

Dr. Larson is a professor in the Irving K. Barber Faculty of Science and Director of the Fipke Laboratory for Trace Element Research. His latest study, published in Terra Nova discusses what this means for the future of geological research. Dr. Larson is also UBCO’s Natural Sciences and Engineering Researcher of the Year.

Can you share some insight as to why determining when these rocks were deformed has been historically difficult?

Given the difficulties in just reaching the summit, including weather issues, the expense of an expedition—and the high altitude that affects physical performance and cognition—collecting samples from the top of Everest is not simple. And it can be potentially deadly.

Without the appropriate samples and the analytical techniques that can date the types of minerals in the summer rocks, as geologists, we’ve been scratching our heads for quite some time trying to figure out which of our theories made the most sense.

Some studies propose the summit rocks were deformed as part of the Himalayan collision, while others suggest it likely happened 500 million years earlier during the formation of the supercontinent, Gondwana. The bottom line is there was never a definitive answer.

What did your results reveal?

Our study shows these rocks were deformed as part of the development of the Himalaya range, specifically about 45 million years ago.

Interestingly, the rocks at the top of Everest were deformed at the same time as the rocks at the base of the Himalaya, more than 50 kilometres below Earth’s surface. This is very rare because typically deformation happens in discrete zones—it takes a lot of energy to deform rocks and it usually follows specific horizons of weakness in Earth’s crust.

Deformation of the entire crust at once indicates a large-scale change—or event. And if you look at what was happening regionally at this time, there was a plate tectonic reorganization in the South Pacific including a significant bend in the Emperor/Hawaiian seamount chain. This can be easily seen on Google Earth. This is why we argue that the top of Everest provides a “plate tectonic view” as it seems to record the time at which all this regional plate tectonic shift was happening.

How were you able to come to this conclusion?

We applied a relatively new method for dating rocks that was not previously possible. It looks at the amount of uranium and lead in the mineral calcite. Uranium is unstable and radiogenically decays to lead. Because we know how fast this happens, we can measure how much uranium versus how much lead was in the rocks to calculate its age exactly.

How will your results affect future research in this area?

Getting access to rocks from the summit of Mount Everest is rare, so this research is an excellent example of how we can take a small bit of rock and use the information we obtain through dating techniques to tell a massive plate tectonic story—it’s a pretty extraordinary process. 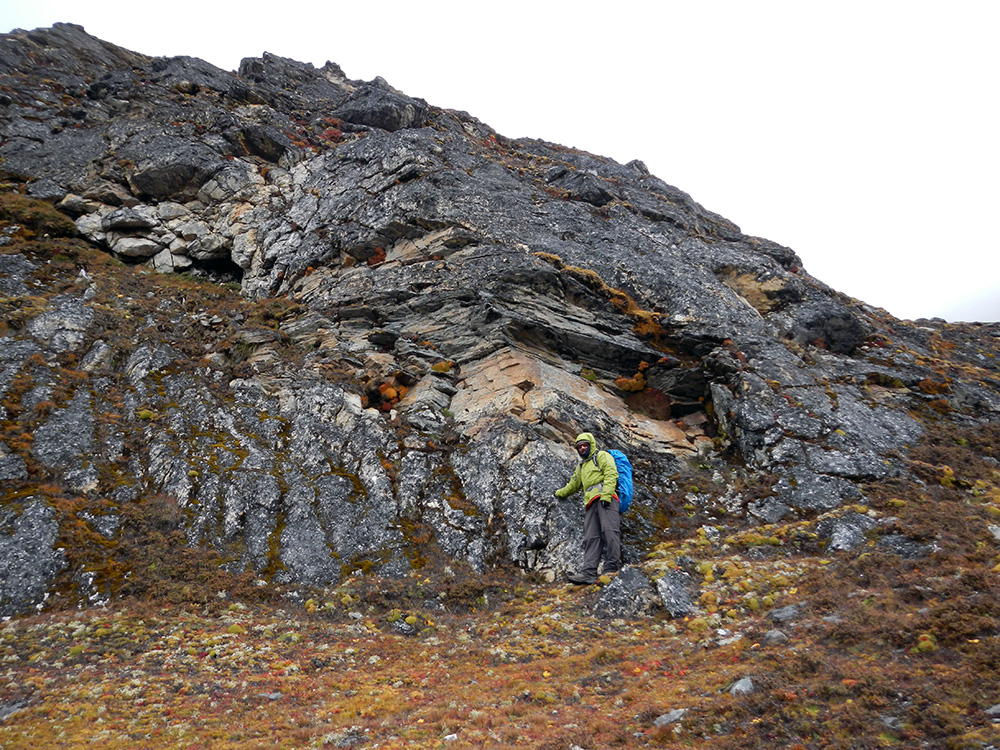 Researchers have determined the rocks at the top of Everest were deformed at the same time as the rocks at the base of the Himalaya, more than 50 kilometres below Earth’s surface. This is a very rare occurrence and indicates a large-scale geographic change took place. Photo credit: Kyle Larson.