Malindi Elmore was meant to run 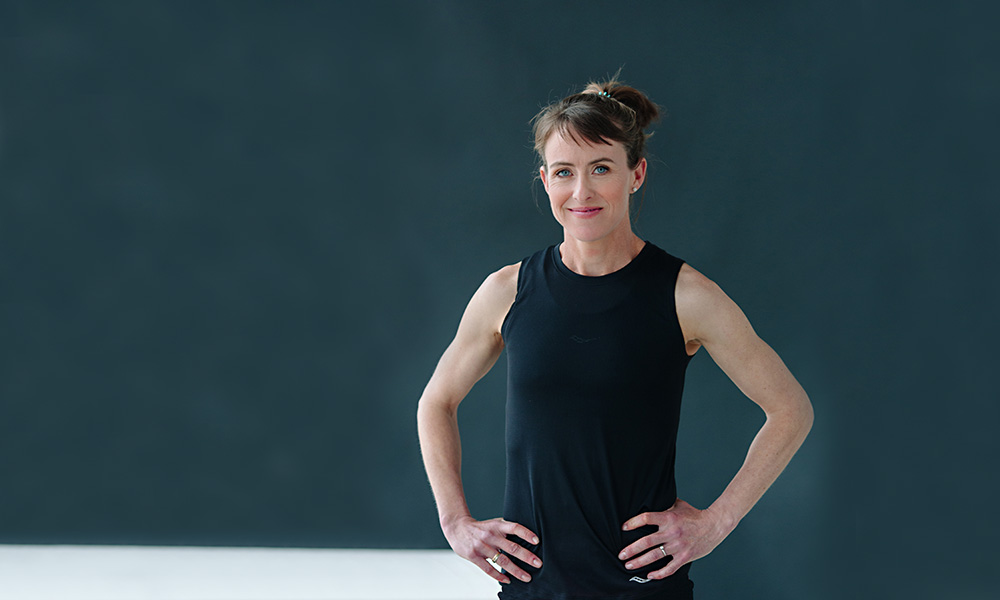 “I love working with this age group; they’re so inspiring in terms of how hard they work and their enthusiasm for training, running, who they’re going to become as adults and life in general.”

“SOMETIMES PEOPLE ARE MEANT TO DO CERTAIN THINGS, and for me that’s running,” explains Malindi Elmore, head coach of UBCO’s Heat Athletics cross-country team and a two-time Olympian. “It drives me to see what I can get out of myself, and more than anything, I love the emotion of running and what it does to my mind and body. It’s meditative, peaceful, social and it’s a great way to see the world.”

And Elmore has certainly done plenty of that as a competitive mid-distance runner; from the Commonwealth Games in Australia to the Olympic Games in Greece and most recently, Japan, Elmore has represented Canada on the international stage since the early 2000s. Along the way she became a five-time All-American at Stanford, previously holding the school record for the 800-metre and 1500-metre distances; she also holds the Canadian record for the marathon (2:24:50) and finished ninth overall in the women’s marathon at the 2020 Summer Olympics.

Now as head coach of UBCO’s men’s and women’s cross-country teams, Elmore is using her vast experiences to lead the university’s next generation of runners. 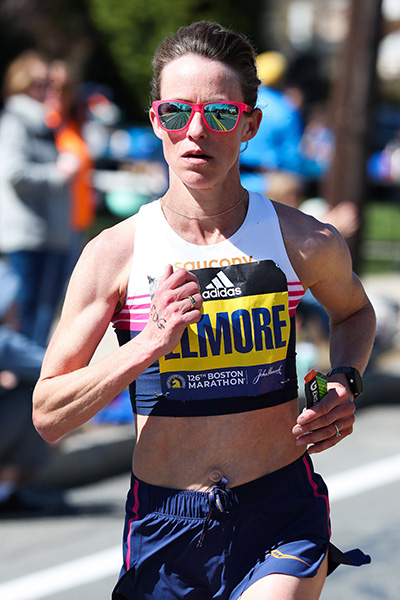 Malindi Elmore running the 2022 Boston Marathon, where she placed 11th and also achieved the fastest Canadian women’s time in the race’s history (2:27:58).

“I’m super passionate about running, so it’s a great fit being a coach here,” explains Elmore, who adds that her Bachelor of Education from UBCO has positioned her well in terms of skills needed for coaching. Another important aspect of the role is mentorship, which has so far played a big part in Elmore’s life. She points to a former coach who is still “one of the biggest influences in my life outside of my family after almost 30 years of working together. I hope to have a similar impact on the students I coach.

“I love working with this age group; they’re so inspiring in terms of how hard they work and their enthusiasm for training, running, who they’re going to become as adults and life in general. I really appreciate the opportunity to work with them because I want to be a good role model and learn from them as well. I’m excited to share in this snapshot of their lives and I hope they look back on this time as some of the best years of their lives.”

Moving forward, Elmore is excited to see the expansion of UBCO’s current cross-country program, which will see indoor track added for athletes during the winter season—a move Elmore says allows UBCO to be on par with other major university programs while offering more opportunities for student athletes to run. She also hopes to continue growing the endurance program into one day becoming the top program in Canada—while along the way helping students focus on themselves as people first, athletes second. In 2021, Elmore was named Canada West’s Coach of the Year after leading the women’s cross country program to a silver medal at the conference championships.

As for Elmore’s future plans, UBCO figures prominently for the Kelowna-born-and-raised runner. “I love the fact that we have a world-class university in this beautiful city that offers a quality education for students. I love that UBCO is a tightly-knit community and everyone is well-cared for and appreciated here.

She half-jokingly adds: “My oldest son is eight, so I promised him I would coach him at UBCO. I think it would be great if my boys stayed in Kelowna and attended university as close to home as possible; if we could all commute to UBCO in 10 years time, that would be pretty fun!”