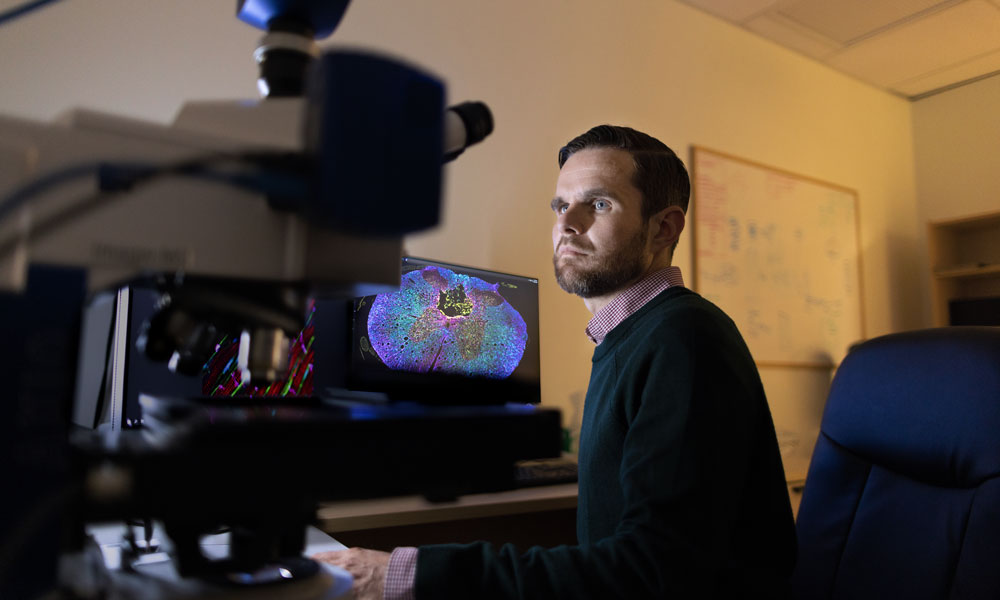 IT WAS A BRIGHT, SUNNY DAY—perfect for an afternoon motorcycle ride in the country. But as the man maneuvered his bike along the road, a car suddenly barrelled around the corner and collided with the rider—leaving him with a devastating spinal cord injury and forever changing the course of his life and his health.

An estimated 85,000 Canadians live with a spinal cord injury (SCI), and approximately half of those injuries are sustained because of a traumatic event like a motor vehicle crash or fall.

UBCO’s Dr. Christopher West first became involved in SCI research during his Master of Science at Brunel University London, where he worked with the Great Britain Wheelchair Rugby squad.

“As I was conducting my research I thoroughly enjoyed working with this group and became intrigued by how SCI impacts pretty much every bodily system,” explains the now-Associate Professor and investigator with UBCO’s Centre for Chronic Disease Prevention and Management. “That’s how I decided I wanted to continue my research in this area.”

While considerable global research has been focused on getting people with SCI to walk again, “comparatively little has been done to comprehensively understand what happens to the body’s systems that are under automatic control after a spinal cord injury,” adds Dr. West.

“Take cardiovascular disease, which is the leading cause of death for people with spinal cord injury. That’s due in part to reduced brainstem control over the nerves that regulate blood pressure, blood volume and heart function.

How can we help these people live better, longer, healthier lives?” 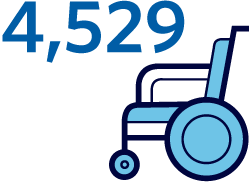 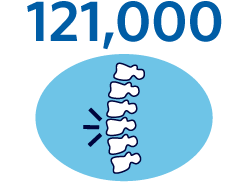 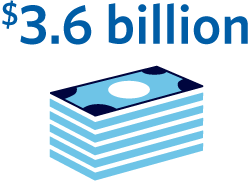 Through his work with the Centre, Dr. West wants to know two key things: first, how we can better protect the spinal cord after immediate injury to preserve the nerves that ultimately control heart, lung and autonomic nervous function? Second, what kinds of interventions can be developed to offset long-term cardiovascular disease progression?

To answer some of these questions, Dr. West is part of an international team that could potentially revolutionize spinal cord research through the use of innovative, implantable stimulation technologies to target the spinal pathways responsible for controlling cardiovascular function. Funded through a grant totalling between $22 and $36 million from the United States Defence Advanced Research Project Agency (DARPA)—a US Department of Defense program—to the University of California Davis, 12 institutions are supporting the university’s projects in this area, including UBC’s Vancouver and Okanagan campuses, the University of California campuses in San Diego and San Francisco, University of Calgary and a number of biotech start-ups and non-profits.

“A lack of oxygen to the spinal cord is one of the biggest problems following injury, and low blood pressure is a major contributing factor to that.”

Dr. West adds that if oxygen can be delivered in a more efficient way to the spinal cord one-to-seven days post-injury, this can hopefully prevent—or delay—some of the secondary damage that happens after an SCI. “Normal blood pressure, heart function, better respiratory function, movement sensation, bladder function, bowel function—all these things depend on nerves travelling down the spinal cord unimpeded.” 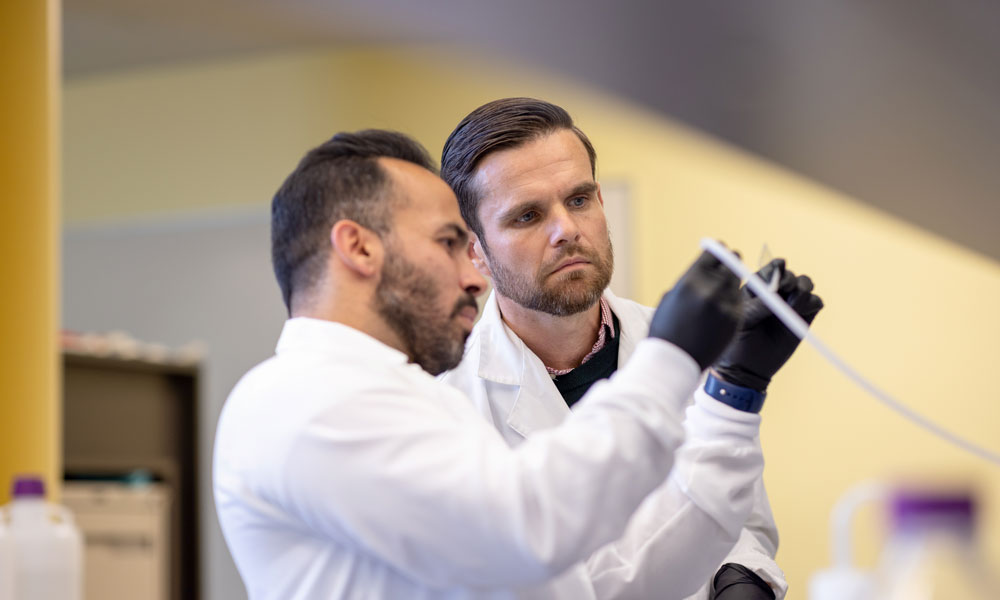 Dr. Christopher West and his graduate student, Mehdi Ahmadian, are exploring how neuromodulatory treatments—or those that enhance or inhibit the transmission of nerve impulses— impact the cellular composition of the spinal cord and heart. This is important to understand the downstream impacts of a new therapy.

Dr. West is working closely with UBC Vancouver’s Dr. Brian Kwon, a Canada Research Chair in Spinal Cord Injury and the investigator leading UBC’s aspect of the research. The team will develop the spinal cord sensors and test them on animals; by the final year of the DARPA grant in 2025, UBC is anticipating to lead the first human insertion at Vancouver General Hospital. Dr. West adds that the involvement of UBCO faculty in this research further emphasizes the level of expertise that now exists in the Okanagan.

In addition to the research taking place with DARPA, Dr. West is exploring the broader field of cardiovascular function after a SCI that covers everything from animal models to research with the clinical SCI population and work with community partners. He points to existing research on exercise for people with SCI and how it has already informed his research with DARPA: “Even with exercise, there’s still this issue of early onset cardiovascular disease in people with spinal cord injury. We were led down this path of taking a different approach and targeting the nerves controlling cardiovascular function that no longer work as effectively as they did before the SCI.”

As for the impact of his research, Dr. West points to the obvious need among groups of injured servicemen who go to war and are injured on the battlefield. But the effect of such research on the wider SCI community can’t be understated. “My greatest hope is that we can improve the acute management of people with SCI, so that the severity of their injury is reduced and they live stronger, healthier lives.”