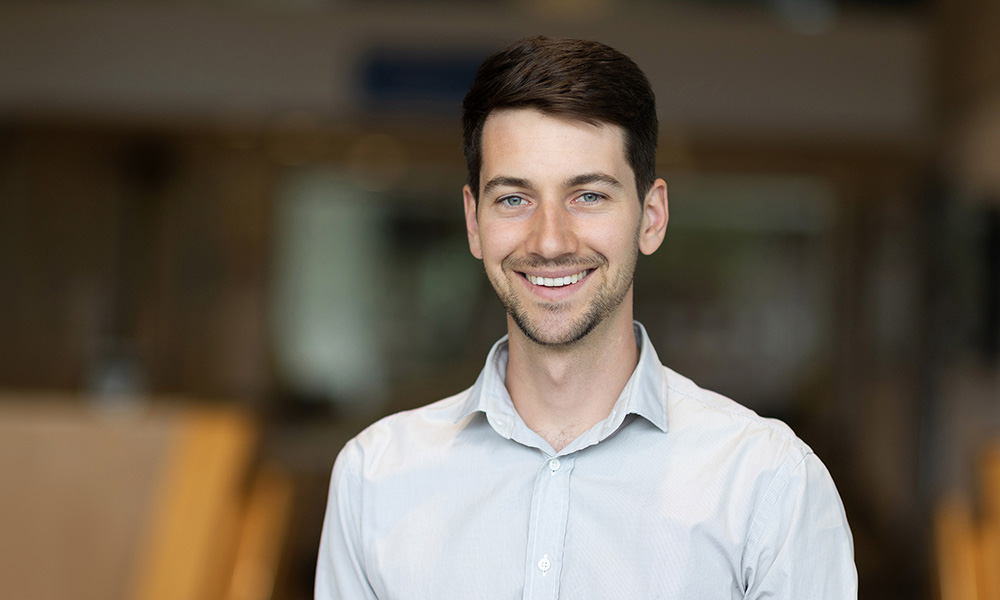 “These unsolved earth sciences problems were really captivating because they were very tangible. They seemed like questions we should know the answers to already. I thought, yes, I can make a difference there.”

AS BRENDAN DYCK SAT IN HIS INTRODUCTORY GEOLOGY COURSE as an undergraduate student, he couldn’t help but be fascinated by the questions boggling earth scientists, like why the polarity of Earth’s magnetic field reverses roughly every half million years.

“These unsolved problems of the discipline were really captivating because they were very tangible,” says Dr. Dyck, now an Assistant Professor in Earth, Environmental and Geographic Sciences at UBC Okanagan. “They seemed like questions we should know the answers to already. I thought, yes, I can make a difference there.”

Answering those longstanding questions is still what motivates him to get on his bike every day to ride to UBCO’s campus. Dr. Dyck’s passion for petrology, or the study of rocks, is far-reaching. He uses high-resolution electron microscopy to investigate how minuscule minerals and crystals react to stress in the Earth’s rocky crust. He also uses the same skills and thermodynamic equations to understand how planets outside of our solar system form and what their potential is to hold surface water. Much of his group’s current work in the Fipke Laboratory for Trace Element Research (FiLTER) is to understand how tectonic stress is related to metamorphic changes in rocks.

Though he loves being behind the microscope, Dr. Dyck is also drawn to fieldwork. Many of his field projects are set in the Canadian Arctic, where researchers fly in by helicopter, unpack their gear and then watch as the helicopter’s deafening whirr disappears over the rugged landscape.

“When the helicopter takes off, there’s this very calming hum as they’re away in the distance. Everything quiets right down, the animals and birds start making their noise again and then you feel like, okay, we finally made it.” 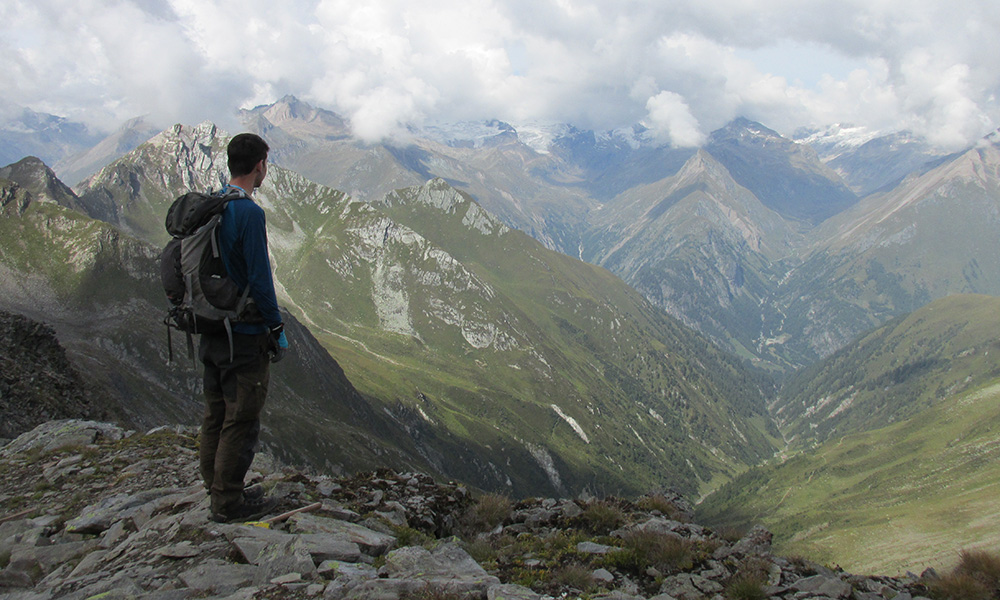 For most trips, Dr. Dyck and his team canoe or hike to a specific outcrop to discover what records of change might be waiting there in the natural laboratory of the Earth’s crust. The real answers often come later as they investigate the samples gathered.

However, Dr. Dyck savours those surprising, in-the-field observations where he can hypothesize what his findings will be just by looking at the rock in his hand. In the summer of 2022, Dr. Dyck went on a field project to the Wopmay fault zone in the Northwest Territories to better understand earthquakes at depth. There in the field, he saw that the dark mafic rock his team found had more red garnet than suspected. The composition suggested that a rock from the continental plate had been under high pressure and potentially pushed 100 kilometres deep into the subduction zone before resurfacing thousands of years later during a period of high seismic activity.

“To find that at the surface is quite a rare thing, and no one had described it from this region.”

Dr. Dyck confirmed his field observation back in the lab with FiLTER’s electron microscope. He calls FiLTER and its advanced equipment “a beacon” for his decision to come to UBCO and is thrilled to be heavily involved in the state-of-the-art laboratory. UBCO’s stunning location in the Okanagan also allows him to explore the outdoors in his spare time, whether it’s biking the length of Kelowna to campus every day, mountain and gravel biking on weekends or downhill and cross-country skiing in the winter.

While his love of nature helped spark his interest in earth sciences, it also drives Dr. Dyck’s earnest enthusiasm for research involving the distribution of critical metals like lithium, which are crucial for transitioning to green energy. His passion for this and all his research is infectious. When asked about what research area he’s most excited about, he laughs.