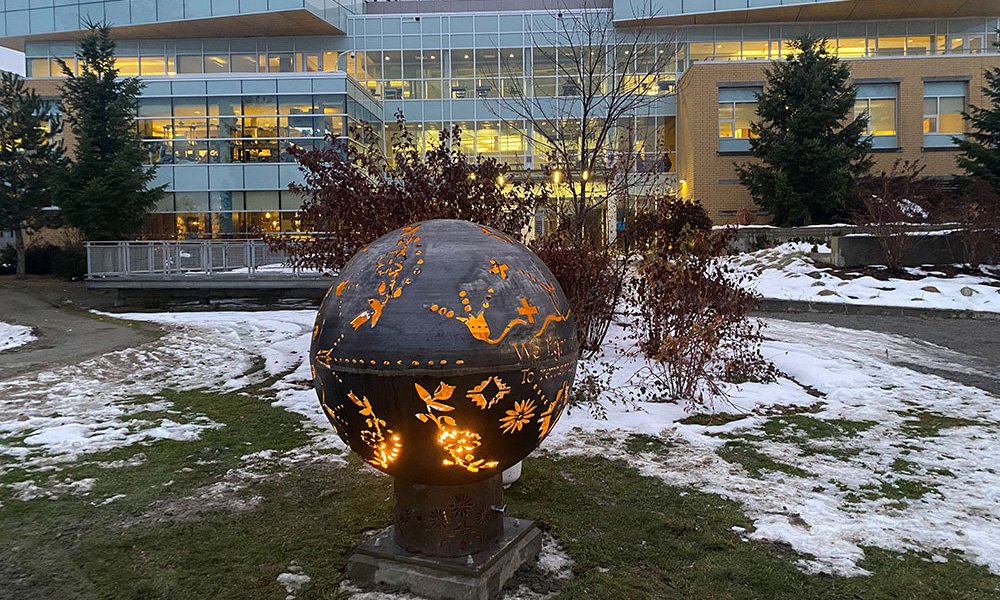 An artistic fire bowl titled For Future Matriarchs was installed at UBCO last week. It will be lit each December 6 in memory of the 14 women killed in the École Polytechnique massacre. The piece was created by internationally recognized Syilx artist Krista-Belle Stewart and Secwépemc artist Tania Willard.

UBC Okanagan’s School of Engineering is hosting its annual 14 Not Forgotten memorial ceremony on December 6 to remember the 14 women whose lives were lost in the École Polytechnique massacre.

“The ceremony is held each December not only as a way to remember the young victims but to also commit to action to end violence against women,” says School of Engineering Director Dr. Will Hughes.

On December 6, 1989, an armed man walked into an engineering class at l’École Polytechnique de Montréal. After forcing the men to leave, the gunman began shooting—killing 14 women and injuring ten more.

In response to this tragedy, Canada established December 6 as the National Day of Remembrance and Action on Violence against Women. This day serves as a reminder of the gender-based violence against women in Canada and around the world that persists today.

UBCO’s 14 Not Forgotten Memorial commemorates the École Polytechnique tragedy and also honours the lives and legacies of missing and murdered Indigenous women and girls, including LGBTQ and Two Spirit people.

This year as part of the ceremony, a new art installation will be unveiled as a permanent memorial outside the Engineering Management and Education (EME) building.

“The memorial will serve as a visible symbol of the School of Engineering and UBC’s commitment to diversity, equity and inclusion,” adds Dr. Hughes. This artwork accommodates a fire that will be lit during the annual 14 Not Forgotten ceremony, adding a highly impactful performative aspect to the installation.

The piece, titled For Future Matriarchs was created by an internationally recognized Syilx artist Krista-Belle Stewart and Secwépemc artist Tania Willard, who is an Assistant Professor of Visual Arts in the Creative Studies department.

This fire bowl uses symbolic design elements including the blue flag iris which is the floral emblem of Quebec, traditional plants for Syilx people and Interior Salish basketry aesthetics. The piece was funded by the School of Engineering and will become part of the UBC Okanagan Public Art Collection.

The ceremony will take place on Tuesday, December 6 from 3:30 to 5 pm at the outdoor amphitheatre behind the EME building. A self-guided memorial will be inside and there will be space for reflection and refreshments after the ceremony. 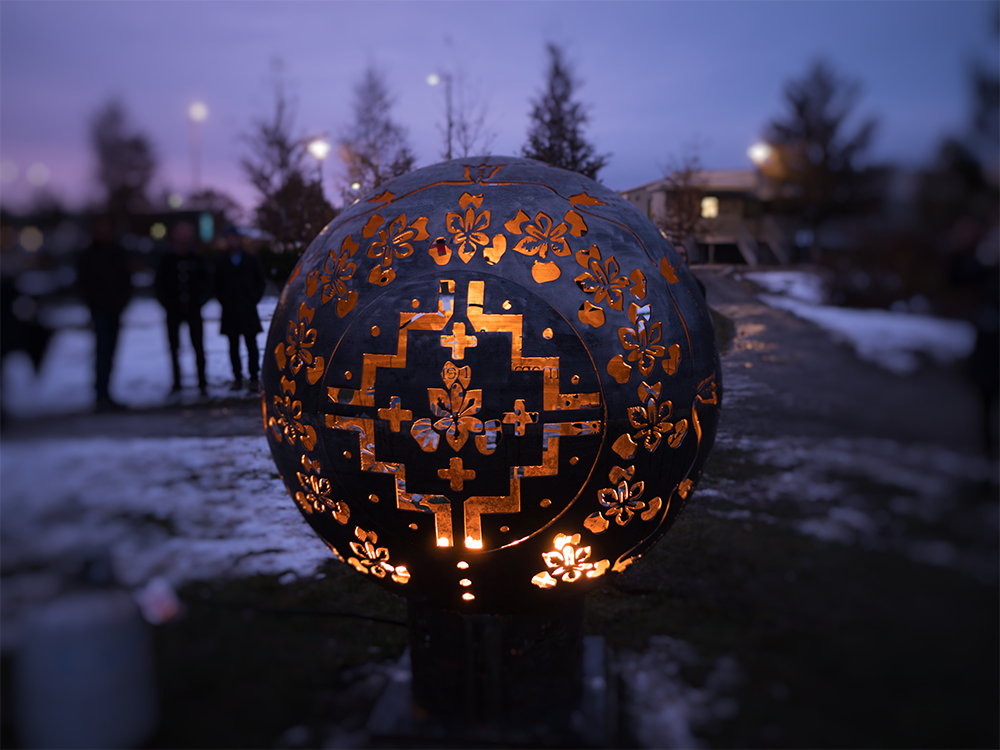 The firebowl was funded by the School of Engineering and is part of the UBC Okanagan Public Art Collection. Photo by Nasim Pirhadi.