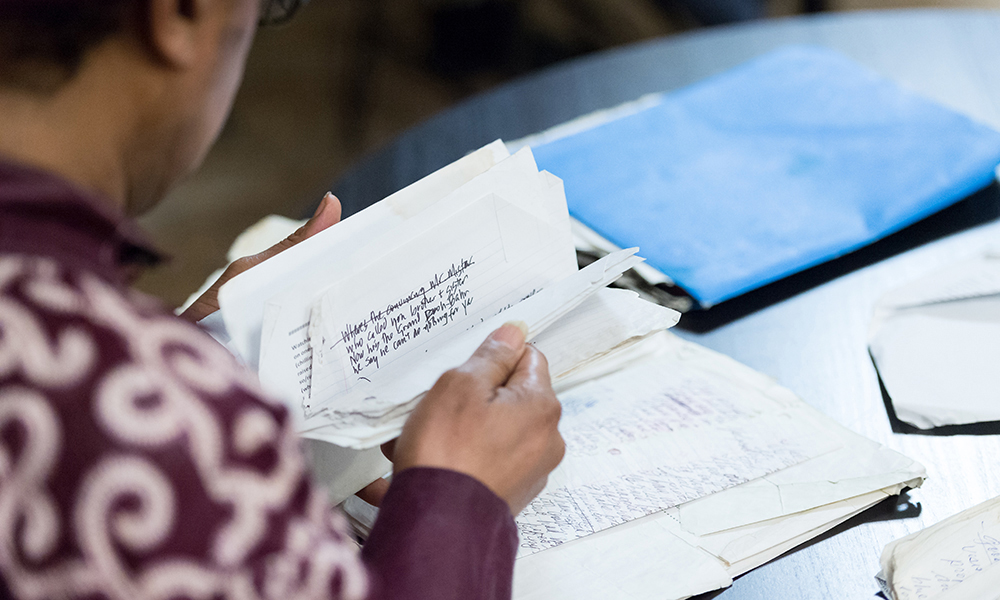 While December is the time many people look forward to carrying on favourite traditions, the creative writing faculty at UBC Okanagan is encouraging local writers to begin a new one.

UBCO’s Okanagan Short Story Contest was initiated 25 years ago by Nancy Holmes and John Lent. Holmes, Associate Professor of Creative Writing, says if budding writers haven’t yet participated in the annual contest, maybe this is the year they should.

“When we launched the contest, we had no idea it would just get bigger and better two and a half decades on,” says Professor Holmes, who teaches in the Faculty of Creative and Critical Studies. “Each year the stories that win are amazing. I’m hoping for 25 more years and many more wonderful stories.”

The short story contest has a long tradition of introducing budding writers to the Okanagan community. Winners in previous years have gone on to publish with Penguin Random House, Arsenal Pulp Press and NeWest Press, as well as numerous national and international magazines and journals.

Local emerging writers are invited to submit their work for the chance to win great prizes, including a top award of $1,000 and a one-week retreat at The Woodhaven Eco Culture Centre in Kelowna. Second and third prizes are $400 and $200, respectively. This is the fourth consecutive year the contest has been open to high school students and the top prize for that category is $200.

Entries are open to fiction writers in the Southern Interior of British Columbia—east of Hope, west of the Alberta border, north of the border to the United States and south of Williams Lake.

All original entries must be between 1,000 and 4,000 words, and writers are welcome to submit as many entries as they choose. There is a $20 entry fee for each story (but no charge for students in the high school category). All proceeds will go towards the FCCS Creative Writing scholarships at UBC Okanagan, and towards supporting Indspire, an Indigenous organization that invests in the education of First Nations, Inuit and Métis people.

“I really do hope people, who might have some time during the upcoming holiday season, try their hand at creative writing and test the waters by submitting an entry to the short story contest,” says Holmes. “Who knows, this might become an annual tradition for them.”

Submitted entries will be adjudicated by celebrated Canadian fiction writer Corinna Chong and faculty from the Creative Writing Program. Chong won the 2021 CBC Short Story Prize for her work Kids in Kindergarten. Her first novel, Belinda’s Rings, was published in 2013 and her short fiction has been published in magazines across Canada, including The Malahat Review, Room, Grain and The Humber Literary Review. Chong currently lives in Kelowna and teaches English and Fine Arts at Okanagan College.

Winners of the short story contest will be announced in March at a public event where the finalists will be invited to read from their work. For a full list of contest details and rules, visit: fccs.ok.ubc.ca/short-story