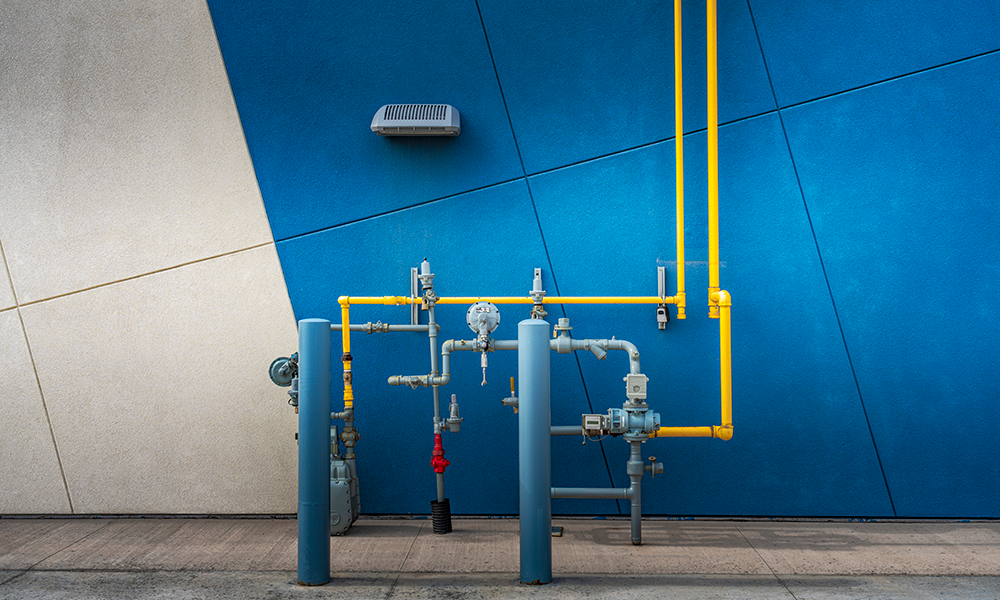 A team of UBC Okanagan researchers is investigating a new method to monitor underground gas pipelines with high-tech sensors that can make it easier to find weaknesses, discrepancies and even a diversion in residential natural gas lines.

While there has been considerable research into diagnosis methods for steel pipes such as radiography, ultrasonic testing, visual inspection and ground penetrating radar, Master of Applied Science student Abdullah Zayat says little has been done on the commonly used high-density polyethylene (HDPE) pipe, which carries natural gas to homes.

“Early detection of structural degradation is essential to maintaining safety and integrity. And it lowers the risk of catastrophic failure,” he explains.

Zayat and his supervisor Dr. Anas Chaaban, Assistant Professor of Electrical Engineering, tested a technique that allows for the inspection of HDPE pipes with ultrasonic sensors—which transmit ultrasound signals through the pipe.

The new monitoring method limits the likelihood of gas diversions—where gas is siphoned to an unmetered location for unmeasured consumption.

“This tampering with the pipe poses many risks since it is unrecorded, violates pipeline quality standards and can lead to potential leaks and possibly explosions. This can pose a significant risk to public safety, property and the environment in the vicinity of the altered gas line,” says Dr. Chaaban. “Such diversions have been discovered in the past through word of mouth, leaks or unexpected encounters with an unrecorded natural gas pipe in a construction site.”

“Given the concealed nature of underground pipes, it is very challenging to inspect them. Existing solutions include ground penetrating radar and endoscope cameras, which are both invasive and expose inspectors to potential risk from the suspects. As a result, it is better to use non-invasive methods to inspect pipes.”

This method enables the inspection of buried, insulated and underwater pipelines using ultrasonic sensors. It also provides a larger range of inspection than traditional ultrasonic testing because it uses the structure of the pipe itself as a waveguide, explains Zayat.

“UGW sensing is getting a lot of attention from the industry because of its long-range inspection capabilities from a single test location. They can inspect more than 100 metres of pipeline from a single location,” he adds.

This type of detection system is unique because the sensors clamp onto the exposed portion of the pipe and connect to the section of pipe that emerges above the ground where it connects to the metre.

While the technology is still in the early stages, Dr. Chaaban notes the majority of this current research involved the development and assessment of a deep-learning algorithm for detecting diversions in pipes. The results suggest that the method has 90 per cent accuracy when one receiving sensor is used and nearly 97 per cent accuracy when using two receiving sensors.

Future use of the sensors may include the inspection of buried, insulated and underwater pipelines.

“By combining classical signal processing with machine learning, we can more efficiently and accurately determine if there is an issue,” adds Dr. Chaaban.

The research appears in the latest edition of the journal Sensors, and was funded in part by Fortis BC and Mitacs.