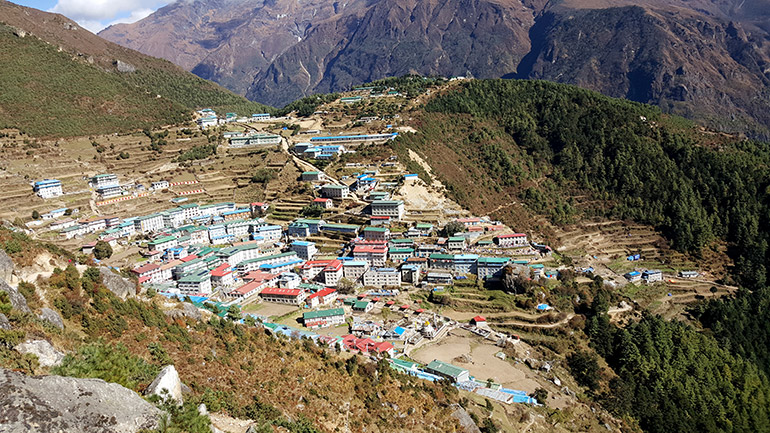 New research has determined the global population for people living in high-altitude, like this village in Namche Bazaar, Nepal is more than 500 million. (photo courtesy of Alex Hansen)

New findings detailing the world’s first-of-its-kind estimate of how many people live in high-altitude regions, will provide insight into future research of human physiology.

Dr. Joshua Tremblay, a postdoctoral fellow in UBC Okanagan's School of Health and Exercise Sciences, has released updated population estimates of how many people in the world live at a high altitude.

Historically the estimated number of people living at these elevations has varied widely. That’s partially, he explains, because the definition of “high altitude” does not have a fixed cut-off.

Using novel techniques, Dr. Tremblay’s publication in the Proceedings of the National Academy of Sciences confirms there are about 81.6 million people who live 2,500 metres above sea level. From a physiological perspective, researchers typically use 2,500 metres as an altitude benchmark for their work.

Dr. Trembly says an important part of his study was presenting population data at 500-metre intervals. And while he says the 81 million is a staggering number, it is also important to note that by going to 1,500 metres that number jumps to more than 500 million. 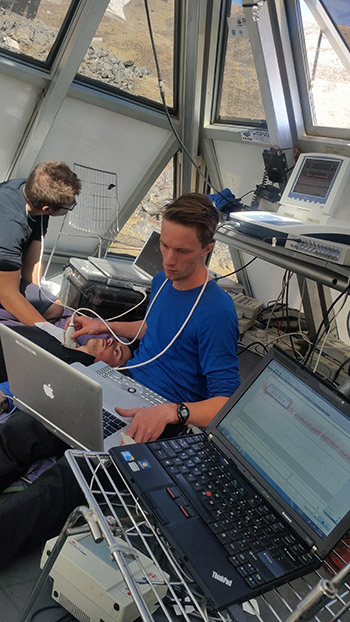 Dr. Joshua Tremblay conducts research at the Everest Pyramid Laboratory which is at an altitude of about 5,050 metres.

Earlier research relied on calculating percentages of inconsistent population data and specific country-level data that has been unavailable. To address this, Dr. Tremblay combined geo-referenced population and elevation data to create global and country-level estimates of humans living at high altitude.

"The majority of high-altitude research is based upon lowlanders from western, educated, industrialized, rich and democratic countries who ascend to high altitude to conduct their research,” says Dr. Tremblay. “Yet, there are populations who have successfully lived at high altitudes for thousands of years and who are facing increasing pressures.”

“When low-landers travel to high altitudes our bodies develop inefficient physiological responses, which we know as altitude sickness,” he says. “However, the people we studied have acquired the ability to thrive at extremely high altitudes. Their experiences can inform the diagnosis and treatment of disease for all humans, while also helping us understand how to enhance the health and well-being of high-altitude populations.”

With only a fraction of the world’s high-altitude residents being studied, the understanding of the location and size of populations is a critical step towards understanding the differences arising from life at high altitude.

Dr. Tremblay notes it’s not just a case of understanding how these populations have survived for generations, but also how they thrive living in such extreme conditions. Especially as climate change continues to impact, not only the air they breathe, but every aspect of their daily lives.