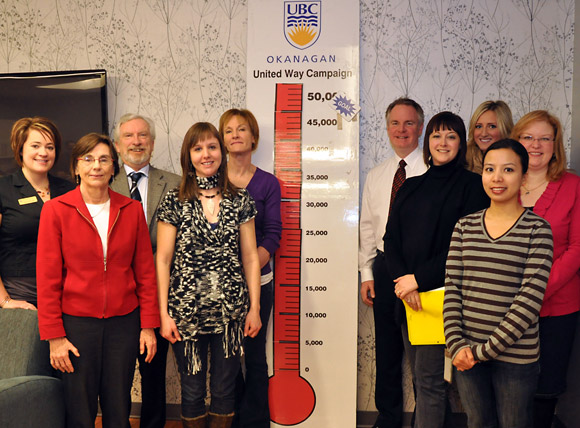 At the event it was also announced that Alanna Vernon has been named Chair of next year’s campaign.

The Okanagan campus United Way committee and this year’s Chair, Sharon McCoubrey, extend a sincere thank you to everyone who supported this year’s campaign.