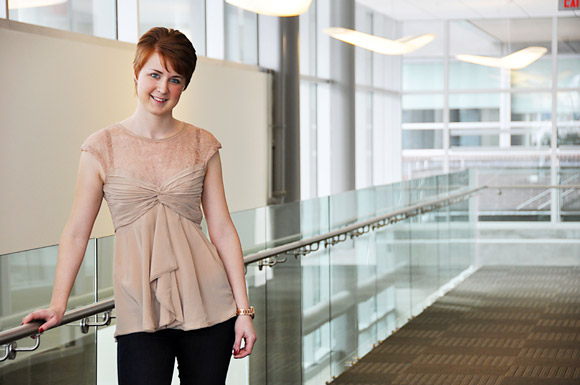 A new study led by Leanne ten Brinke, a psychology PhD candidate at UBC’s Okanagan campus, investigates how genuine and falsified remorse reveals itself on the human face, and how these facial clues can help detect whether a person is faking regret or is sincerely sorry.

Published this week in the journal Law and Human Behavior, ten Brinke’s study examined and coded the facial behaviours associated with emotional deception in videotaped accounts of true personal wrongdoing, accompanied by either genuine or fabricated remorse, among 31 Canadian undergraduate students.

“From the coding process we knew what emotions were present, we knew the duration of each emotion, and we also knew the sequence,” says ten Brinke. “So we were able to compare these variables in the context of genuine and falsified remorse.”

The study’s findings have important implications for judges and parole board members, who look for genuine remorse when they make their sentencing and release decisions.

Her analysis of nearly 300,000 frames of both the upper and lower face showed that participants who displayed false remorse exhibited more of the seven universal emotions (happiness, sadness, fear, disgust, anger, surprise, and contempt) than those who were genuinely sorry.

“We found that during falsified remorse, people showed a greater range of emotional expression,” she says. “They were more likely to show anger and contempt, where as the genuine folks didn’t show these kinds of emotions.”

Working with Professors Stephen Porter and Brian O’Connor from the Centre for the Advancement of Psychology and Law (CAPSL) at UBC’s Okanagan campus, and Sarah MacDonald from Memorial University of Newfoundland, ten Brinke’s research showed that the sequence of facial emotions could also reveal important clues to deception.

“Particularly in the lower face, liars were much more likely to be what we termed as ’emotionally turbulent,'” says ten Brinke. “This means they were more likely to jump from positive to negative emotions immediately. During genuine remorse, people are more likely to return to a neutral emotion in between the extremes.”