Canada unprepared for an aging population 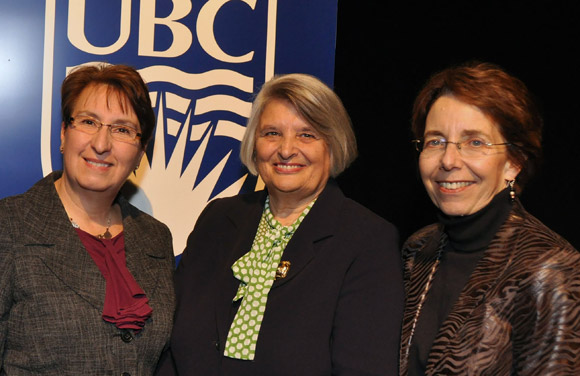 Canada is not prepared to meet the needs of its aging population, Senator Sharon Carstairs said Monday at Kelowna’s Rotary Centre for the Arts, speaking as part of the UBC Distinguished Speakers Series.

Carstairs, who chaired Canada’s Special Senate Committee on Aging, told the audience it will take an innovative, united effort led by the federal government to create the policies that bring about the changes needed.

“The care needs for our seniors — especially our frail elderly — present a wide variety of complex issues for seniors and our aging population, which range from financial security, housing, transportation issues, the treatment of chronic diseases and our basic health care needs,” said Carstairs. “There are some serious gaps to be addressed in these areas.

“Some seniors are being denied their rights, and we need to create conditions so that Canada’s aging population will have access to services that will provide them with choices as they age.”

Carstairs noted not only are Canadians living longer, they are living longer with multiple chronic conditions.

To date, none of the recommendations have been implemented.

“The aging of the population must change the way we do things,” said Carstairs. “We can passively react to the changes our aging population is bringing, or we can act with forethought and confidence.

“I believe that government at all levels will need to work in co-operation with the private and volunteer sectors to initiate that change. Everybody has a role to play. You need to call upon government to participate in multi-jurisdictional solutions. We all need to release old stereotypes and embrace new ways of thinking that celebrate the strength of an aging population.”

One response to “Canada unprepared for an aging population”