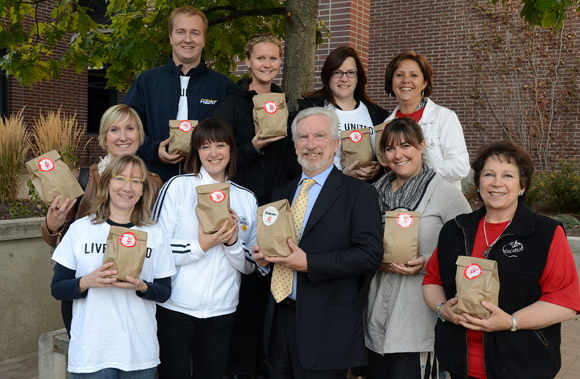 Change starts here. The United Way campaign committee for UBC’s Okanagan campus has begun work on the 2011 campaign with an ambitious goal: to raise $55,000 for the United Way of the Central and South Okanagan Similkameen.

The 2011 Walk-Thru Breakfast held on September 29 was the campaign kick-off event for campus and more than $1,500 was raised. The campaign committee would like to thank the event sponsors: Claremont Ranch Organics, Quality Greens, Safeway, Cinnzeo, Fezziwig’s Artisan Bakery-Café, The Bread Company and Cherry Hill Coffee.

Fun Fact: The Okanagan campus campaign has run every year since 2005 and over that time more than $260,000 has been raised.