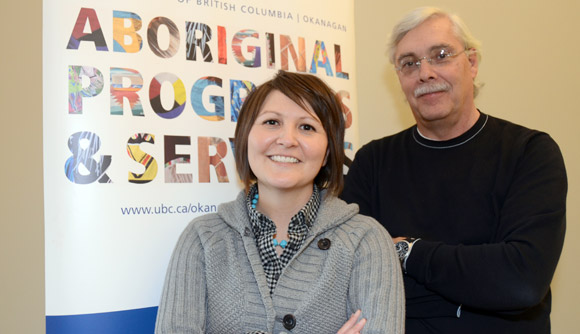 Ian Cull, AVP Students, has announced that this month Lyle Mueller, Director of Aboriginal Programs and Services, will move to a new position focussing on broad projects and maintenance of relationships with Aboriginal communities, allowing Mueller to reduce his workload to half-time to allow him the pleasure of semi-retirement.

Mueller began his career as a teacher in Saskatchewan’s Aboriginal high school programs. He started as Aboriginal Education Coordinator at Okanagan University College (OUC) in 1992, and served in Aboriginal programs at both OUC and here at UBC.

Adrienne Vedan will take over as Acting Director. Vedan started with UBC in 2008 as the Aboriginal Access Studies Advisor and is currently the Manager of Aboriginal Programs and Services, which encompasses a wide variety of programs and services and relationships with many initiatives on campus and in Aboriginal communities. She graduated from OUC with a BA in history.