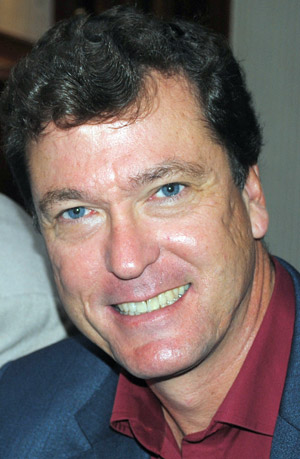 Political scientist Adam Jones has a new role as an expert consultant to the United Nations Office of the Special Advisor for the Prevention of Genocide (OSAPG), based in New York.

“It’s a fantastic opportunity to network and build linkages with a wide variety of international figures who are concerned, as I am, with genocide and crimes against humanity,” says Jones, who teaches courses on these two themes at UBC, along with classes on gender and international relations, the politics of the Global South, and African politics, among other subjects.

“In Sarajevo in July, we were in the same room with representatives of both Muslim and Serb populations, trying to help them build bridges between the communities,” says Jones. “We also brainstormed with a wide range of NGO figures in Geneva. In New York I presented to mostly UN personnel, while in Bangkok and Jakarta, we met with a wide range of government figures and representatives of threatened minority populations.”

The Thai and Indonesian workshops were headed by Francis Deng, a distinguished Sudanese jurist and diplomat who is now the UN’s Special Adviser on the Prevention of Genocide.

Being on the other side of the world didn’t mean a slew of cancelled classes. Jones arranged for guest speakers, and with the help of his teaching assistant Wolfgang Depner, delivered one lecture to his African politics class by Skype from Thailand, starting at 1 a.m. Bangkok time.

Jones’s latest edited volume, New Directions in Genocide Research, will be published by Routledge in the U.S. and U.K. in December 2011. He is currently preparing a collection of his writings on mass atrocities for publication next year, titled The Scourge of Genocide: Essays and Reflections.

A UBC academic at the Irving K. Barber School of Arts and Sciences since 2007, Jones is widely published and is an acknowledged expert in the field of genocide. He was selected in 2010 as one of “Fifty Key Thinkers on the Holocaust and Genocide” for the book volume of that title, and is author of the leading textbook in genocide studies, Genocide: A Comprehensive Introduction.