Convocation ceremonies to be held on Okanagan campus June 7 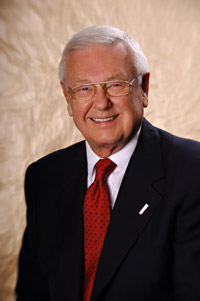 D. Ross Fitzpatrick, a retired member of the Canadian Senate, was born to a pioneering Okanagan agricultural family, a tradition that carries on today with a variety of business interests. Upon graduating from UBC with a Commerce and Business Administration degree, he was appointed research director for the Royal Commission into the Tree Fruit Industry of British Columbia.

Following completion of this, Fitzpatrick worked for the B.C. Tree Fruits Industry and pursued post-graduate studies at the University of Maryland and Columbia University. He later embarked on an entrepreneurial career founding businesses in the aerospace, oil and gas and mining industries in both Canada and the U.S.

In the 1980s he returned to the Okanagan to promote value-added agriculture, founding CedarCreek Estate Winery and pioneering the planting of vinifera grapes to produce quality wines. He served in the Senate of Canada, representing Okanagan-Similkameen from 1998 to 2008.

Deepa Mehta is a Genie Award-winning and Academy Award-nominated Indian-born Canadian film director and screenwriter. She began her career as a television and motion picture editor, producer and director, after coming to Canada from India in 1973. 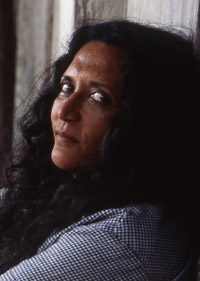 In 1996, Mehta wrote, directed and produced Fire, the first film in her “elemental trilogy.” It became the subject of controversy in India as Hindu fundamentalists pressured the Indian government to ban the film because of its lesbian content and questioning of the destiny of marginalized Indian women. The film went on to receive 14 international awards.

The next instalments, Earth and Water, also drew critical acclaim. Water, centering on the practice of child marriage and the treatment of widows, was nominated for an Academy Award in 2007 (Best Foreign Film) and won three Genie awards, including best film.

Mehta also directed several English-language films set in Canada, including The Republic of Love (2003) and Heaven on Earth (2008) which deals with domestic violence. Her latest movie is an adaptation of Salman Rushdie’s acclaimed novel about the history of India in the 20th century, Midnight’s Children.

Convocation ceremonies will be held at UBC’s Okanagan campus on Thursday, June 7. Deepa Mehta will receive her honorary degree during the 11 a.m. ceremony and Ross Fitzpatrick’s honorary degree will be conferred at the 1:30 ceremony.