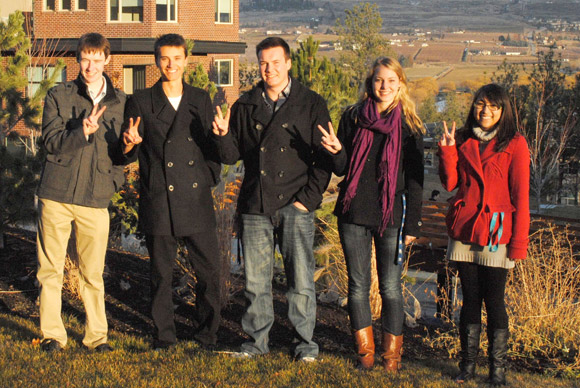 Participants to learn about diplomacy and current events

For the first time, a student delegation from UBC’s Okanagan campus will take part in the World Model United Nations Conference. The international academic simulation of the United Nations, sponsored by Harvard University and UBC, as host university, takes place in Vancouver from March 11 to 15.

The eight-member delegation from UBC’s Okanagan campus will represent Antigua and Barbuda – a twin-island, Caribbean nation. The gathering unites like-minded students, totalling 2,200 from 270 universities around the globe, to learn the art of diplomacy and become better educated in current events.

The team was selected to include student leaders who have in-depth knowledge and a passion for international affairs, global citizenship, politics and social justice, says Tim Krupa from Kelowna, head delegate and a third-year Science student, Biology and Chemistry.

“We are overjoyed to be participating in a conference of this magnitude,” says Krupa. “It is known as the Olympics of Model UN. This is a huge step for UBC’s Okanagan campus and for us as students.”

Last year’s event was held in Singapore. This is the first time the symposium has taken place in North America.