UBC students want to get rid of racial prejudice

Annual Rule Out Racism Week to raise awareness, discussion of the issue

It is a sad fact that racism still rears its ugly head in society today.

So, from March 19-23, the University of British Columbia’s Okanagan campus will host its annual Rule Out Racism Week to raise awareness and to generate public discussion on the matter. 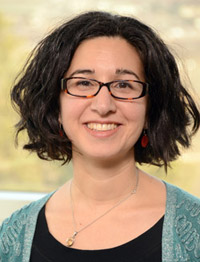 Kamilla Bahbahani, campus equity advisor and co-organizer, says there will be many events prompting people to think about and discuss the ugly sore of racism.

“It’s one of those things that still exist,” says Bahbahani. “We’re trying to highlight and celebrate diversity. We are creating different venues to talk about these issues in a respectful manner.”

Bahbahani says racism is far from rampant on campus, but it does exist – as it does in every community to some degree.

“Races aren’t real. We’re all literally one race, but the idea of races still exists,” she says.

The week-long event was borne out of the UN-recognized International Day for the Elimination of Racial Discrimination, which is held every March 21.

“We thought a day wasn’t enough to focus on eliminating racism,” says Bahbahani. “Hopefully we can challenge people to talk about their own thoughts on racism.”

UBC’s Okanagan campus is a diverse community, with more than 600 international students representing more than 75 countries.

This year’s activities include attention to Aboriginal peoples and acknowledging and honouring the land the campus is on. Comments about the meaning of land, collected from the campus and surrounding communities will be posted around the central courtyard. The public is free to attend all events.

UBC’s Vancouver campus will be hosting a symposium on the internment of Japanese living in Canada during the Second World War. The discussion will be held March 21, from 5 to 8 p.m. with live streaming in the University Centre theatre, UNC106.

For a full listing of Rule Out Racism Week events, visit the UBC online events calendar.