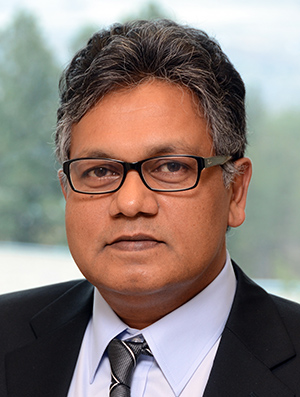 Dixon Sookraj, an associate professor at UBC’s Okanagan campus School of Social Work, is among a group of experts representing social workers around the globe who contributed to an action document for the United Nations.

Among the commitments of the three organizations is promoting universal implementation of social, economic, cultural and political rights and ending discrimination in all forms.

“I believe, in our increasingly turbulent world, concerted action in these areas is paramount,” says Sookraj.

The dramatic expansion of schools of social work in places like China and the Middle East coupled with growing problems of increased poverty, inequality and marginalization prompted the organizations to renew their commitment. Social workers around the globe are concerned how these trends compromise health and wellbeing in their communities, says Sookraj.

“There seems to be an awakening within the profession, reflected in the explosion of new social work programs,” says Sookraj. “There is a growing momentum toward larger scale, progressive actions, aimed at building health individuals, families, communities and nations, promoting human right and peace and resolving conflicts. The absence of human rights protections for a majority of the world’s population and other negative social impacts are among the main concerns expressed by social workers.”

The document was to be received by Helen Clark, former prime minister of Australia and current head of the UN Development Program.