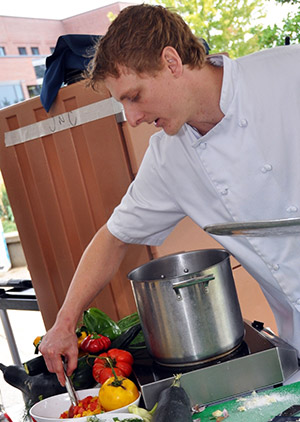 The ACE Program recognizes and rewards outstanding chefs throughout ARAMARK higher education and provides the opportunity for the chefs to demonstrate their culinary abilities in a competitive and engaging dining environment.

More than 150 ARAMARK chefs from colleges, universities and conference centers across North America competed in the 2012 ARAMARK Culinary Excellence National Challenge, the culmination of the ACE program.