Science historian James Burke to speak in Kelowna on Jan. 22 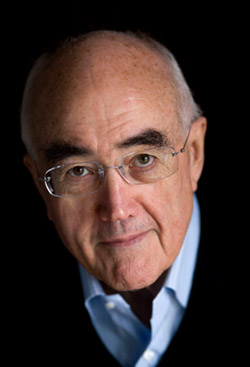 Science historian, television host, and author James Burke fascinates audiences with his unique perspective on the process of innovation and how it causes people and institutions to change.

For over 40 years Burke has written, produced, directed, and hosted award-winning television series on the BBC, PBS, Discovery, and The Learning Channel.

He most famously created and hosted three seasons of the documentary series, Connections: An Alternative View of Change.

Speaking as part of UBC’s Distinguished Speaker Series on January 22, Burke will discuss his unique view of the future of education and society — and why so many have it wrong.

There is no charge for this event but online registration is required.