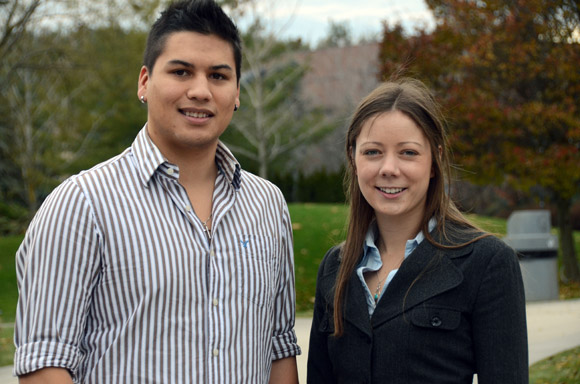 Increased treatment options could soon be on the way for Aboriginal people suffering from combined mental health and substance-abuse disorders in Kelowna and West Kelowna, thanks to a collaborative community project.

The effort aims to support Aboriginal individuals affected by mental health and substance use disorders with increased treatment options in Kelowna and West Kelowna specifically tailored to their individual needs and identity.

Faculty and student researchers from UBC’s Okanagan campus have partnered with representatives from the Westbank First Nation, Ki-Low-Na Friendship Society, Metis Community Services Society of BC and Interior Health. The joint initiative aims to better deliver concurrent disorders services to Aboriginal populations in a culturally safe and accessible way. Concurrent disorders describes a condition in which a person has both a mental illness and a substance use problem.

The project team is in the final stages of developing a treatment manual blending mainstream and cultural approaches to support the wellbeing of Aboriginal populations. Its service model is based on existing resources available within the Okanagan. Through a $100,000 Community Action Initiative grant, clinicians from participating community organizations will be trained using the manual’s protocols.

“The treatment manual values cultural and mainstream knowledge equally and is designed to offer treatments based on an Aboriginal client’s identity from the moment he or she walks through the door to the point of community reintegration,” says psychology student Andrew Vergara, an undergraduate researcher on the project.

“For instance, an individual’s treatment may include access to a psychiatrist and a cultural healer, with both approaches being equally valued.”

The project team’s next step is to seek funds to initiate a pilot project by 2014 based on the treatment manual. It will focus on providing community-wide collaborative care, identifying and integrating cultural identity within the treatment process. It will also seek to create a space at the Ki-Low-Na Friendship Society and Interior Health for specialized treatment services.

“The project and its results thus far are based on a groundbreaking level of collaboration,” says Gonneau.  “We anticipate the pilot project will run for approximately two years, during which the team hopes to demonstrate its effectiveness. With careful development and evidence of success, it may be possible to expand this approach to other communities.”

“The initiative began with members of local Aboriginal communities identifying that this was something they needed and wanted,” says Gonneau, who has been working on this project since its inception in 2010 and has been mentored by Susan J. Wells, professor of social work and psychology at UBC’s Okanagan campus. “And the project team is made up of passionate individuals from diverse organizations who have made a collective commitment to create an improved approach to service delivery.”

“It truly is an initiative rooted within and supported by our community.”