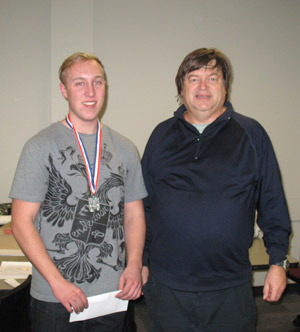 Kelman’s only blemish this year was a draw with tournament director Greg Bishop during the matches.

The event, which was held on January 26, featured 14 players from across the Okanagan. Mathematics graduate student Chayne Planiden earned runner-up honours, dropping only one game to tournament winner Kelman.

This tournament is an annual event that is open to all faculty, staff, students and community members. It is sponsored by the UBC Bookstore.